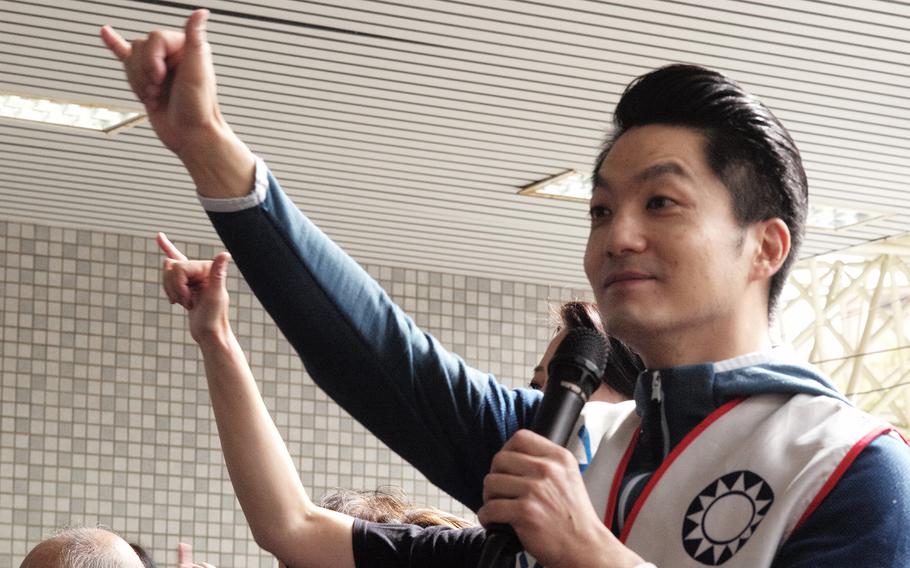 The ruling Democratic Progressive Party won just five of 21 city- and county-level races on Saturday, its worst showing since its founding in 1986. The opposition Kuomintang, which historically has an advantage in local elections, held onto 13 seats, gaining power in both the capital Taipei and export hub Taoyuan.

Tsai quit as head of the DPP to take responsibility for the losses, which came amid rising public disquiet over cost-of-living issues and an uptick in pandemic deaths. But while the KMT now controls four of the island’s six biggest cities, the turnout in those areas slumped to 59.86%, the lowest level since 1994, according to the Central Election Commission. The KMT also had surprising losses in Kinmen, Miaoli and Penghu counties.

“Local elections are the KMT’s to lose by default,” said Wen-Ti Sung, a specialist on Taiwanese politics and cross-strait relations at Australia National University. “The DPP needed to — but largely failed to — marshal a strong campaign in Taipei, the center of attention. Instead it got bogged down with negative campaigning, which only fueled anti-status quo protest votes that benefited the opposition KMT.”

“As the KMT scored a big win, we expect cross-strait tensions to ease, so companies that have a lot of investment in China, or those with assets like land, or construction shares, are likely to benefit,” said Angela Chuang, a fund manager at Capital Investment Trust Corp. “The Taiwan dollar is expected to gain on foreign inflows to the equity market and a rather soft U.S. dollar.”

For both parties, the results will ignite internal jockeying ahead of the presidential election in 2024, when Tsai will step down due to term limits. Presidential polls are typically dominated by voter views on how the island democracy should handle relations with China.

“Primary season is upon us,” said Lev Nachman, associate professor at National Chengchi University in Taipei. “But not all is lost for the DPP by any means and they are still expected to do well in 2024, when national security and relations with China become much more salient in the election.”

Relations with Beijing, which has vowed to bring the island under its rule, will be a key test for candidates vying to succeed Tsai. China has stepped up pressure in recent months, including launching unprecedented military exercises around the island in August in retaliation to a visit by U.S. House Speaker Nancy Pelosi.

The DPP’s poorer showing may boost Vice President Lai Ching-te over rivals like his predecessor Chen Chien-jen and former Taoyuan mayor Cheng Wen-tsan, who are more aligned with Tsai. Lai has previously described himself as a “political worker for Taiwanese independence,” though he has moderated his stance in recent years.

“Lai Ching-te is definitely a strong contender, and if Lai wins the presidency it would definitely escalate the level of tension in the cross-strait relationship,” said Ava Shen, a Taiwan specialist at the Eurasia Group. “Compared to Tsai, there is less restraint on his part in terms of trying to definitely embrace deepening relations with the U.S. and opposing all kinds of commercial and engagement ties with China.”

The KMT favors eventual unification with China, despite polls showing Taiwan people favor the status quo. It won the Taipei mayoralty by running Chiang Wan-an, the great-grandson of late dictator Chiang Kai-shek, who lost the Chinese civil war. Still, the 43-year-old is widely viewed as too young to run for president in 2024, and he was helped by a split opposition, increasing the KMT’s vote share by less than two percentage points.

More likely contenders in 2024 are current KMT chief Eric Chu, who favors much closer relations with China, and re-elected New Taipei City mayor Hou Yu-ih, who has been more cautious on calling for dialogue with Beijing.

“Chu will take credit for the KMT’s win, and will be qualified to run for presidency for sure,” said Arthur Wang, an academic and director of think tank Taiwan NextGen Foundation. “However, Hou is long-favored as the next candidate in the party.”

But the economy may play a key role in 2024 if growth continues to slow. While Taiwan outperformed most major economies during the pandemic, export orders are shrinking and the misery index, derived from inflation and jobless rates, is near the highest level since 2013.

Markets are unlikely to be significantly moved by the election, with the currency and benchmark Taiex stock index having had a recent boost from a more dovish stance from the U.S. Federal Reserve.

“Past records show that the Taiex rose by 10% on average in the month after local elections as the uncertainty of the vote is removed and investors look ahead to the next year,” said Capital Investment’s Chuang.

With assistance from Cindy Wang.