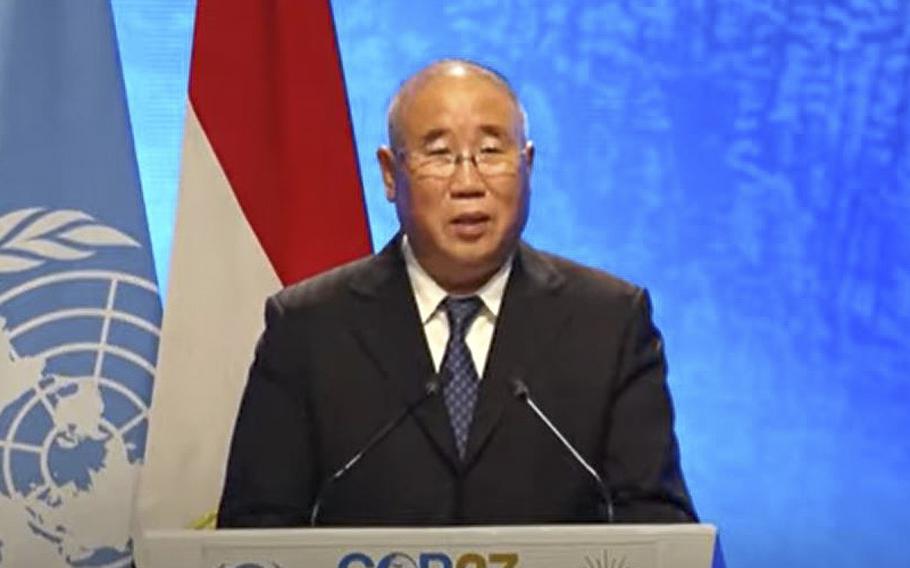 In 1992, the United Nations classified China as a developing country, as hundreds of millions of its citizens lived in poverty.

A lot has changed since then: China is now the world's second-largest economy and the biggest annual emitter of planet-warming greenhouse gases. Average Chinese today are 34 times richer and nearly four times more polluting. But the classification has stayed the same for the past three decades, frustrating diplomats from developed nations who say it has allowed Beijing to avoid paying its fair share to help poor countries cope with the ravages of climate change.

The debate over what China owes to countries that are least responsible for global warming - but most harmed by its effects - has dramatically intensified in the wake of the recent U.N. Climate Change Conference in Egypt. At the end of the two-week summit, known as COP27, negotiators from nearly 200 nations agreed to establish a fund to compensate vulnerable countries for the costs of addressing rising seas, stronger storms and other effects of a warming world.

Analysts say it is unlikely that China will pay into the fund, despite the country's rapidly rising contribution to the greenhouse gases heating the planet.

"The facts are clear: China is the largest emitter in the world now," said Li Shuo, a senior policy adviser at Greenpeace East Asia. "So it is a very valid question to talk about growing responsibility from China on the international stage."

The question is a politically sensitive one. Beijing policymakers bristle at the suggestion that China should be considered a developed nation, pointing to pockets of extreme poverty that persist across the country. They also highlight the obligations of the United States, which has pumped more greenhouse gases into the atmosphere than any other nation in history, even as China surpasses America in terms of annual carbon dioxide emissions.

"Developed countries, including the United States, must shoulder more responsibilities," Liu Pengyu, a spokesman for the Chinese Embassy in Washington, said in an email. "This is not moral but with reason. From mid-18th century to 1950, developed countries accounted for 95% of all the carbon dioxide released."

Liu added that developed countries have still not followed through on their 2009 pledge to provide $100 billion annually to help developing countries transition to greener economies and adapt to mounting climate disasters. In 2020, rich countries fell nearly $20 billion short of what they had promised.

"China still stands with developing countries on this funding issue," said Byford Tsang, a senior policy adviser at the international climate think tank E3G. "Richer developed nations have made it easy for China to take that position because they haven't been fulfilling their pledge on climate finance that was made more than a decade ago."

Tsang added that he does not expect China to try to take money from the new fund aimed at helping vulnerable countries cope with the irreversible effects of global warming - known as "loss and damage" in the parlance of U.N. climate negotiations.

"I don't think Beijing policymakers are taking the position that they should be on the receiving end of the loss and damage financing," he said, noting that the fund is reserved for the most vulnerable countries, such as island nations that face an existential threat from rising seas.

Chinese officials have not officially said whether they will contribute to the fund. When asked about the issue at COP27, Chinese climate envoy Xie Zhenhua said: "China strongly supports the claims of developing and vulnerable countries for 'loss and damage.' China is also a developing country, and this year climate disasters have also brought huge losses to China. We sympathize with the suffering of developing countries and fully support their demands."

Xie added that although it "is not our responsibility," China has provided 2 billion yuan ($280 million) to help developing countries cut emissions and adapt to global warming through a separate South-South Climate Cooperation Fund. 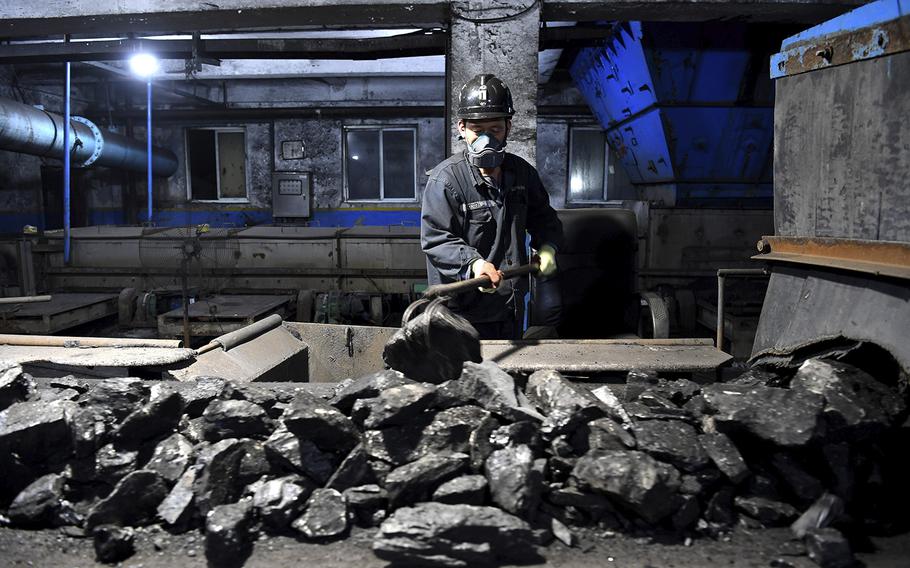 Analysts said it appears unlikely that Beijing officials would send climate aid through U.N. channels or commit to more aggressive pledges when they are under pressure at home to address an economic slowdown caused in part by China's strict "zero covid" policy and a property market downturn. In response to an energy shortage last year, China has approved a huge buildup of coal capacity.

Lauri Myllyvirta, a researcher at the Helsinki-based Center for Research on Energy and Clean Air, said paying into the fund could set an unwelcome precedent for Chinese policymakers, forcing them to take on more responsibility within the U.N. system.

"It would be tantamount to accepting developed country responsibility, and that has always been a red line for China," he said.

While American diplomats agreed to establish the fund for loss and damage, reversing long-standing U.S. resistance to the idea, there is no guarantee that Congress will appropriate the money. Last year, President Biden requested $2.5 billion for international climate finance but secured just $1 billion, and that was when Democrats controlled both chambers.

This year, Biden has asked for a record $11.4 billion. But Republicans, who generally oppose climate aid, are poised to take control of the House in January, further dampening the prospects for the funding.

"The idea that we owe developing countries some sort of climate reparations is absurd," Sen. Kevin Cramer (R-N.D.) said in an interview. "If anything, we could send them a bill for all the things we've done over the decades on their behalf."

Cramer called on U.S. climate envoy John F. Kerry to ensure that Beijing contributes money to the effort. "I would think that if John F. Kerry had any patriotism whatsoever while negotiating this nonsense, he would insist that China pay in," he said.

A Kerry spokeswoman did not immediately respond to a request for comment.

During the COP27 negotiations, the European Union tried to split China from other developing nations by offering to pay into a fund for the most vulnerable countries - so long as big emitters like Beijing were included as potential donors and ruled out as potential recipients.

"We call it 1992 world versus 2022," said one European negotiator, who spoke on the condition of anonymity because they were not authorized to comment publicly.

In the final hours of the talks, negotiators compromised, agreeing to prioritize the most vulnerable countries and allowing China to contribute - but only if it wants to.

At past U.N. climate summits, China has allied itself with a group of more than 100 developing countries that have pressed the rich world for more financial assistance. Leading this push at COP27 was Pakistan, one of China's closest diplomatic partners, which is relying heavily on Chinese investment for its energy transition. Pakistan, historically responsible for less than 1 percent of global greenhouse gas emissions, was devastated this summer by catastrophic flooding that killed nearly 1,500 people and caused more than $40 billion in damage. Scientists have said the flooding was supercharged by climate change.

The United Nations defines developing countries as those with a relatively low standard of living, a smaller industrial base and lower indicators such as average life expectancy, education and per capita income.

While developing countries negotiate as a large group at U.N. climate conferences, they often have vastly different interests. Saudi Arabia, which is still considered a developing country despite its wealth from its oil reserves, has sought to scrap language in U.N. climate agreements calling for phasing out fossil fuels. Meanwhile, the tiny island nation of Vanuatu - which could be swallowed by rising seas - has fought to include language calling for rapid emissions reductions.

For some countries, the mismatch is sustainable so long as China is willing to use its weight to advocate for the interests of those more vulnerable.

"China has always stood by the interests of the developing countries," said Malik Amin Aslam, who until earlier this year was Pakistan's minister of climate change. "That is different from the developed world."

He said that from his perspective, it is more important that China advocate for assistance from richer nations than contribute its own cash. "I don't see China as the big villain here," he said.

"They are always seeking language that would protect them, give them less responsibilities, no obligations for developing countries," said a former climate diplomat from a coastal developing nation who spoke on the condition of anonymity to avoid retaliation from Beijing. "That firewall between developed and developing [has] protected them."

Ultimately, any future move by the United Nations to reclassify China as a developed country would need the unanimous consent of nearly 200 nations. An objection from one country could derail the entire effort.

"It is a political nonstarter," said Li of Greenpeace. "We will never be able to recategorize."