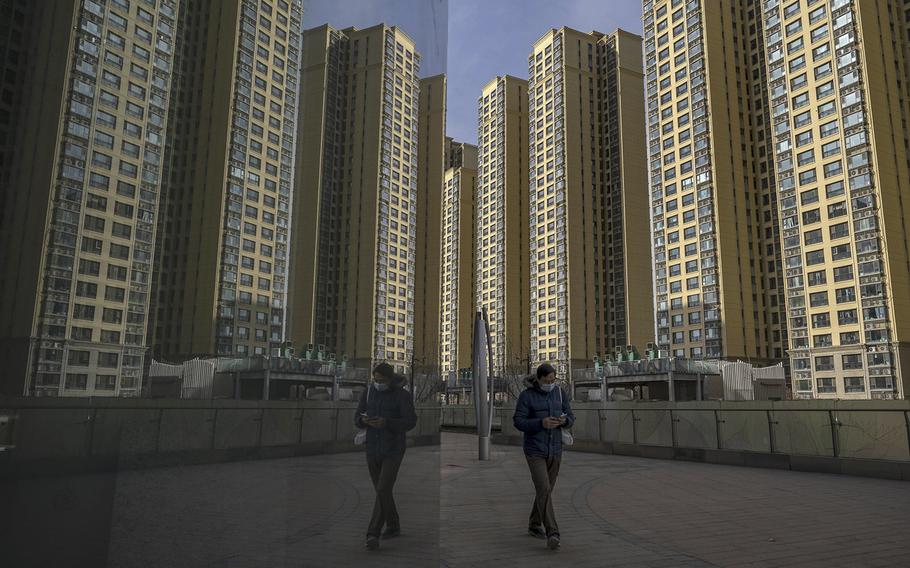 China may have significantly eased the way it responds to Covid outbreaks, but some major cities still barely move when the virus is spreading.

There were dramatic declines in the number of people on the subway in a slew of China's largest cities this week, including economic powerhouses such as Beijing, Guangzhou and Chongqing, despite the updated measures that ended mass testing and citywide lockdowns. Each metropolitan area saw a spike in cases, as the number of local daily infections across the country climbed past 24,000.

On some recent days in Chongqing, subway usage plummeted 91%, according to a Bloomberg analysis of the transit data. The drop follows the steep decline in Shanghai earlier in the year when the financial hub was locked down for two months.

The reduction in movement shows that even with fewer hardcore restrictions, China's major cities are likely to see roughly the same hit to mobility and activity whenever outbreaks flare, dampening hopes of a boost to the country's economy after the easing of its strict Covid Zero regime. A web of targeted new rules for high-risk areas and fear of the virus amid proliferating infections have had a similar immobilizing effect on the population.

Take the western Chinese metropolis Chongqing. The city's subway ridership is down more than 80% this week, compared to the same period in pre-pandemic 2019. Meanwhile, its daily new local Covid cases have doubled since the weekend, surpassing 4,600 on Thursday.

No mass lockdown has been ordered and those living in neighborhoods where cases haven't been found can still go out. But with infections scattered across the city, many residential compound have been designated high-risk areas, which requires a quarantine, effectively grinding the city to a halt. The government's Covid tracing app highlights those high-risk areas in red, covering much of the city.

The southern trade hub Guangzhou is in a similar situation. While only part of its main downtown district is under any form of movement restriction, subway usage tanked by 70% this week. The city has been reporting the country's biggest increase in daily infections, coming in at more than 9,000 new local cases for Thursday.

"In the next three months, we will likely witness a further drop in mobility in an increasingly large number of cities, not due to official lockdowns, but because people choose to stay at home to avoid the peak of infections," said Helen Qiao and colleagues from Bank of America in a note to clients on Nov. 17. "We believe local governments will be given more autonomy to experiment on reopening, but reversing to massive lockdowns will be unlikely."

While officials in Beijing have recognized the damage city-wide lockdowns can do to the world's second-largest economy, they insist on stamping out infections with a more targeted approach. The goal is to ground people most likely to spread the virus.

But fewer restrictions and scaled-back testing means stealthy omicron variants have been given more opportunity to spread silently, potentially seeding infections and leading to additional movement curbs that amount to de facto city-wide or district-wide lockdowns.

The subway in Beijing is ferrying a little more than half the typical number of commuters this week compared to 2019, as the major business district Chaoyang is a hotspot of Covid spread. The Baidu Map app shows some major roads in the district, notorious for heavy congestion during peak hours, have been largely open and flowing smoothly this week.

On Friday, officials in the capital urged residents in the district to stay home during the weekend and avoid gathering or going to crowded places. Chaoyang may expand the number of high-risk areas as the virus continues to spread, they said, noting that cases are growing "rapidly." If so, more residents in the district with a high concentration of office buildings could be confined to their homes, further reducing commuting traffic.

Even when people are allowed to move, many have refrained from venturing out for fear they could catch the virus at a time when mass testing has abated. Despite being an onerous practice, frequent, comprehensive testing does provide a clear picture of where Covid is circulating.

In Shijiazhuang, a city not far from Beijing, some parents have refused to send their children to school, citing all sorts of minor ailments as excuses. In other areas, administrators have asked that students revert to online learning to reduce risk, a stealth restriction that further curbs movement.

The city has seen a sharp drop in daily new cases, though that may be a result of limited testing rather than better Covid control. The government has largely rolled back restrictions and is allowing people to move freely in many areas, even those that have detected infections.

How many residents are taking advantage of the offer is less clear.