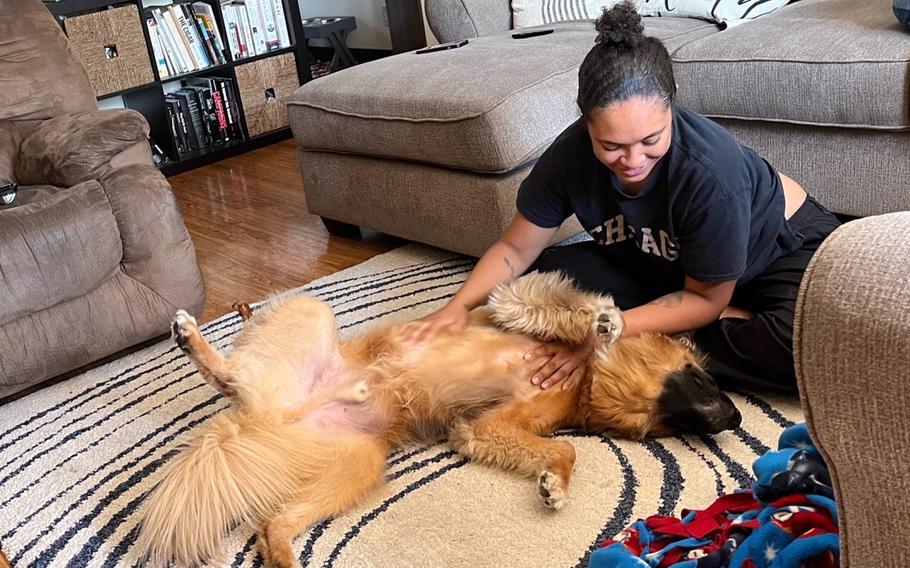 MARINE CORPS AIR STATION IWAKUNI, Japan — A program launched by military spouses at this air base south of Hiroshima puts single Marines and sailors in seats at family dinner tables.

Ohana Meals launched in September with a goal of raising morale in the base community after the slump that accompanied the COVID-19 pandemic, two of its organizers told Stars and Stripes on Nov. 7. Nicole Williams, a Navy spouse, said she noticed an obvious lull in spirits at Marine Corps Air Station Iwakuni during a town hall in February.

“We noticed morale was so low coming off of COVID,” Williams said. “People are staying indoors still, and they are not really connecting like we were before.”

Spouses from the base chaplain’s office and Marine Aircraft Group 12 organized the program at the base, which is also home to the Navy’s Carrier Air Wing 5. So far, Ohana Meals has steered 20 single service members to dinner with seven different families, said Navy spouse Helena Vigil.

Vigil, originally of Honolulu, gave the project its name, ohana, the Hawaiian word for family.

Ohana Meals is just hitting its stride as the holiday-season emphasis on communal feasting rolls around again. Lynn Strain, the wife of a contractor on base, and Navy spouse Katie Fuller together are planning an Ohana Meals Thanksgiving for as many single service members who want to sign up. Strain will host the event at her off-base home, she said.

“I’m hoping for 20 people to show up, but the more the better,” Strain told Stars and Stripes on Thursday. “We have always done this for Marines or anybody who is single for as long I can remember, so when I saw [Ohana Meals] I thought, OK, let’s continue.”

Families and barracks residents at Iwakuni may sign up to participate through a form on the Ohana Meals Facebook page.

“Lynn is just entirely a generous person,” Fuller said. “If you give her the opportunity to help someone, she is going to do it.”

Ohana Meals is designed for volunteer families to host dinner guests as often as they like, Vigil said. Families are matched with barracks residents that are outside the family sponsors’ chains of command.

“Sometimes it’s hard being so far away from home,” Williams said. “So, when people come, they can sit on the couch and relax, play with the family dog and they can sit around and have a family home-cooked meal and chat with a ‘normal’ family.”

“We know lots of families open up their house for Thanksgiving and Christmas, but the idea is to have this opened year-round,” she said. “Because loneliness doesn’t just happen during the holidays, it happens year-round.”