US military spouse held by Okinawa police for alleged DUI 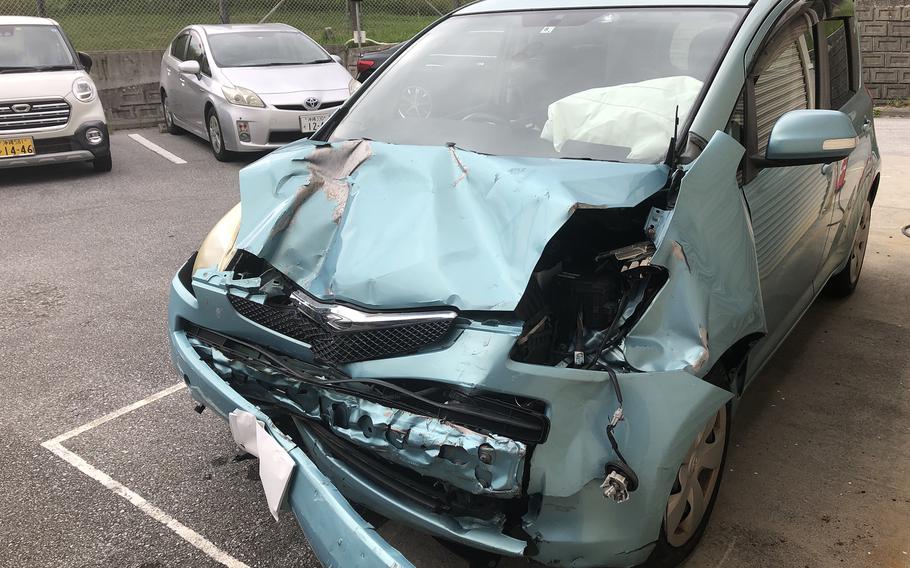 A U.S. military spouse's car remained in possession of Okinawa police Nov. 7, 2022, three days after her arrest on suspicion of drunken driving. (Keishi Koja/Stars and Stripes)

CAMP FOSTER, Okinawa — A service member’s spouse was arrested on suspicion of drunken driving following a crash Friday that injured another driver, according to Japanese police.

Okinawa police alleged that Kishalyn Livingston, 38, rear-ended a vehicle stopped for a red light around 1:15 a.m. Friday on Route 58 in the Kuwae area of Chatan, a police spokesman told Stars and Stripes by phone on Monday.

The other driver was taken to a local hospital and treated for backaches, the spokesman said.

Livingston refused to take a Breathalyzer test at the time of her arrest, the spokesman said. Police took a blood sample eight hours later and, using a formula, determined her blood-alcohol level at the time of the incident was 0.24%, eight times Japan’s legal limit of 0.03%.

Police said Livingston admits striking the vehicle but denies driving drunk. Police have not yet decided whether to refer the case for prosecution.

Police did not know the branch with which Livingston’s spouse serves.