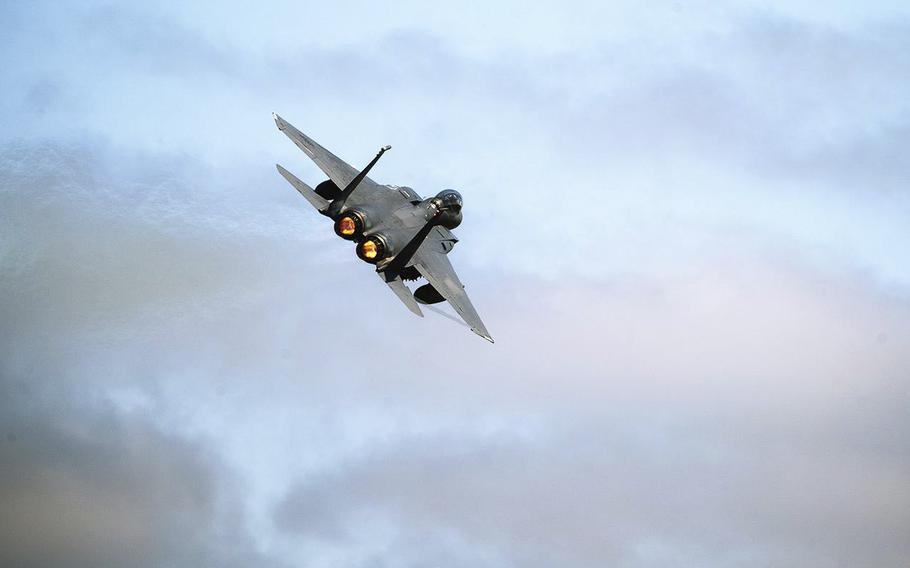 Boeing Co.'s proposed sale of 36 new F-15 fighter jets and equipment to Indonesia has hit a snag over financing, according to people familiar with the matter.

Executives from the U.S. planemaker flew to Jakarta this week to discuss the transaction with Indonesian officials on the sidelines of an annual defense exhibition, the people said, asking not to be identified because the deliberations are confidential.

Boeing is concerned about the ability of Southeast Asia's biggest economy to finance the jets, with Indonesia insisting on paying in installments, said the people. The meetings ended without a conclusive outcome, meaning plans to sign the deal before the end of this year will likely be delayed, they said.

Geopolitically, the order is vital to U.S. national interests in that it would reinforce one of its key partners in the region. The State Department approved the potential sale of the jets in February, with the aircraft valued at about $9.5 billion. There's also approximately $4.4 billion in related equipment as part of the deal.

A Boeing spokesperson said it was continuing to have "meaningful and productive conversations with senior members" of the Indonesian Air Force and the Ministry of Defense, and referred Bloomberg News to the U.S. and Indonesian governments for further comment. Indonesia's Defense Ministry didn't immediately respond to a request for comment.

Indonesia earlier this year signed a contract with Dassault Aviation for 42 Rafale fighters -- a transaction valued at $8.1 billion.

"We clearly asked that we must be able to buy in terms of paying in installments; we can't do it all at once," Prabowo said at a media briefing with local reporters at the time. "The government always prioritizes economic development and so on."

For Indonesia, the F-15 purchase is part of efforts to modernize its military. But a pandemic-induced fiscal squeeze coupled with soaring inflation as well as the push to complete infrastructure projects mean the military has to compete with other portfolios for the country's financial resources.