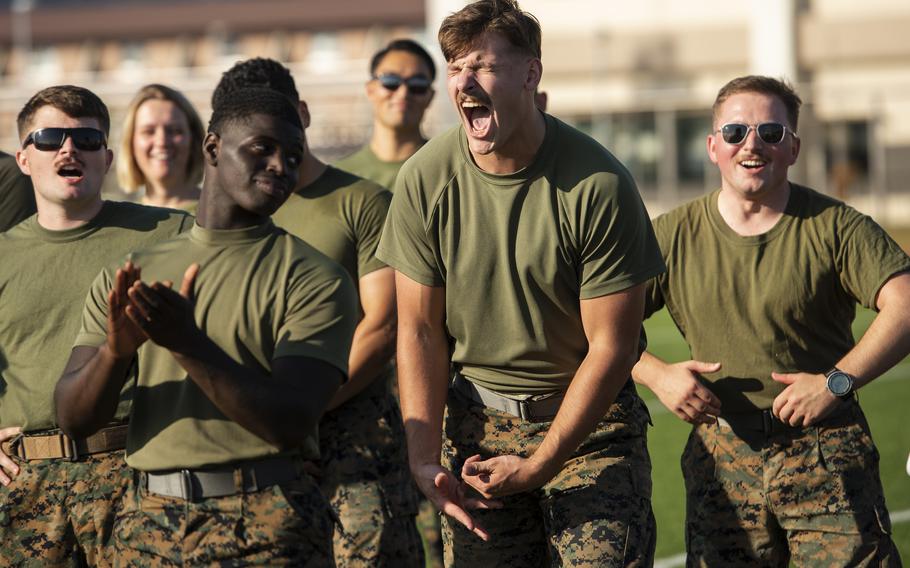 Undokai is Sports Day in Japan, traditionally a day for team-building events at elementary schools, according to savvytokyo.com. At Marine Corps Air Station Iwakuni, a group of enlisted sailors with the Japan Maritime Self-Defense Force Kaiso-kai, a professional organization for noncommissioned officers, coordinated a sports competition with their U.S. Marine and Navy counterparts to strengthen the bonds between them, according to an Oct. 19 news release from MCAS Iwakuni.

The Maritime Self-Defense Force Fleet Air Wing 31 shares the air base with the Marines and Navy, which have squadrons of fighters and aerial refuelers stationed there. 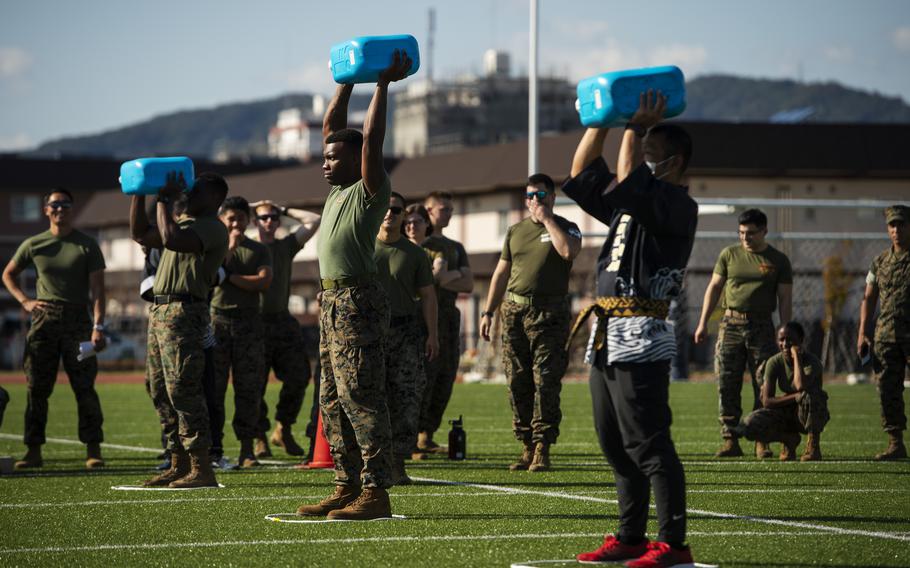 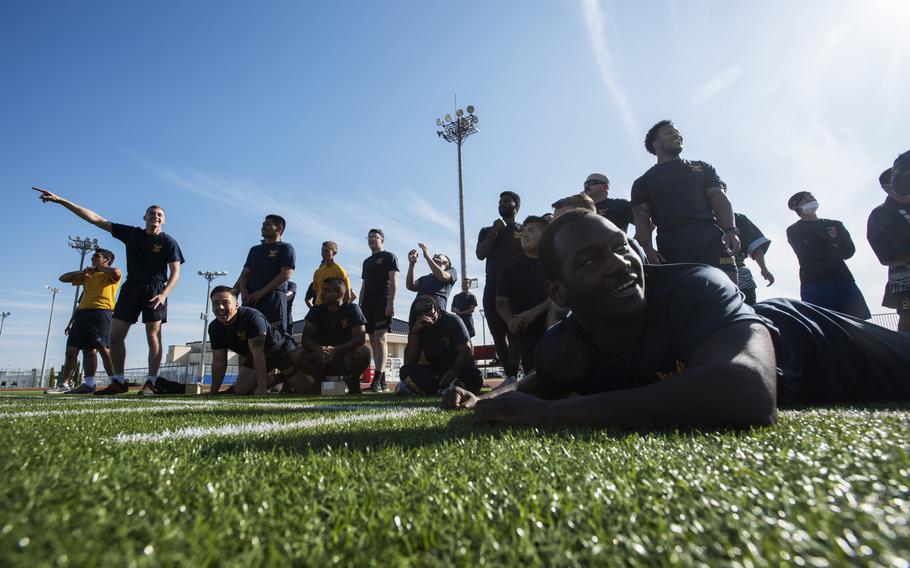 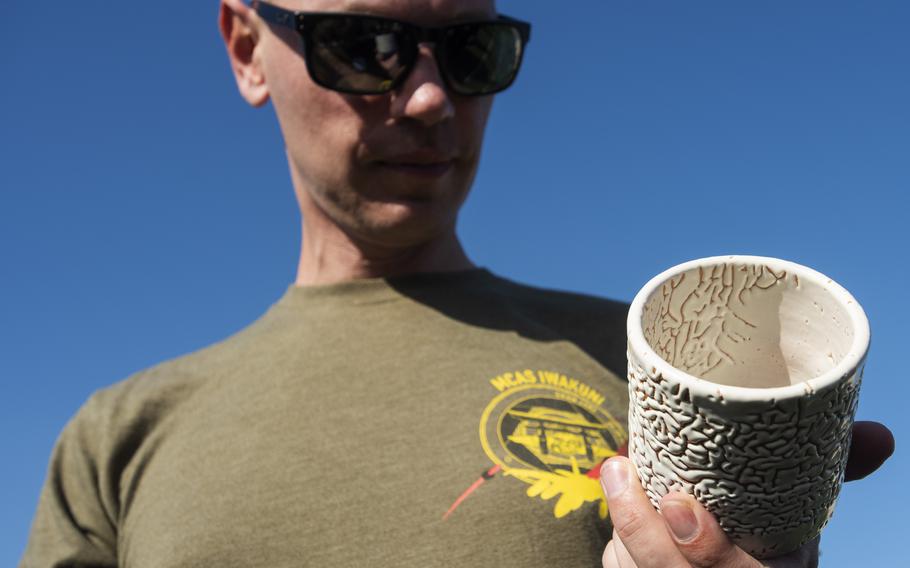 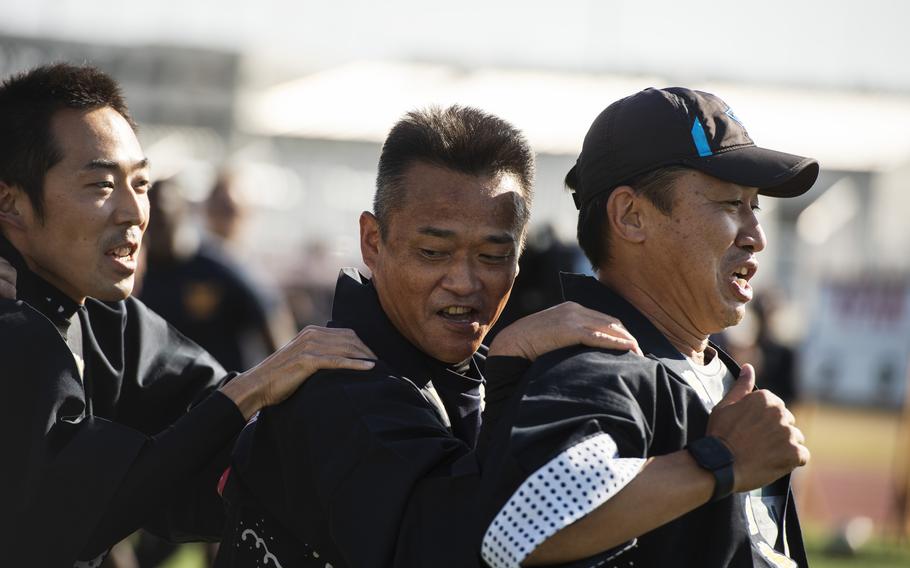 U.S. Navy Deputy Chaplain (Lt. Cmdr.) Junsub Um helped coordinate the American participation. The event helped strengthen the friendly relationship between the Japanese sailors and U.S. Marines and sailors, not only at the operational level but at the personal and spiritual level, he said.

This is the first event of its kind at Iwakuni that the Maritime Self-Defense Force, the naval branch of Japan’s national military, organized with the U.S. Marines and sailors, base spokeswoman Staff Sgt. Jessika Braden told Stars and Stripes by email on Monday.

The U.S. side fielded 23 Marines from Marine Aircraft Group 12 and 23 sailors from Carrier Air Wing 5. The Self-Defense Force sent 30 sailors to meet them on the air station athletic field. Each athlete competed for points for their service.

“It was very interesting, there were new games that I had never heard of, so it was kind of interesting to play through,” Lance Cpl. Seneca Sinkler, 20, of Manning, S.C., told Stars and Stripes on Friday. The Japanese team goes all in at tug of war on Sports Day at Marine Corps Air Station Iwakuni, Japan, on Oct. 28, 2022. (Jonathan Snyder/Stars and Stripes)

Sports Day consisted of eight events: leapfrog race, guru-guru race, navigation in fog, weightlifting challenge, centipede race, tug of war, obstacle course and a 100-meter relay. The team that placed first in each event received a pottery cup as a prize and earned points for their team.

“There was a language barrier, but I would always give them a fist bump or high five when they did good or when we did good,” Sinkler said.

When the last lap was run the Self Defense Force had won the overall competition. The Marines took second place and the Navy third.

“It’s been incredibly beneficial because we are allies at the end of the day,” said Marine 2nd Lt. Daniel Kim, 29, of Los Angeles, “so it’s in both our best interest to get to know one another better.”