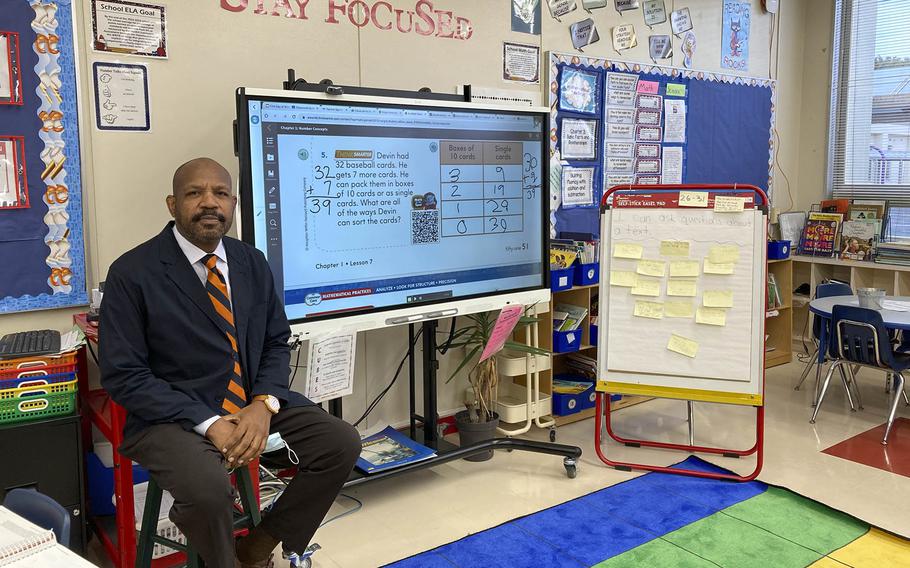 The three belong to the network of Department of Defense Education Activity schools for the children of U.S. service members and DOD employees.

Shirley Lanham at Naval Air Facility Atsugi, 27 miles southwest of Tokyo, made the list for the first time in its history.

“We were identified due to the continued high achievement and growth year after year,” principal Jesus Calderon told Stars and Stripes on Wednesday. “They looked at the required five years of sustained performance and nominated us as recipients of the Blue Ribbon.”

About 270 students from pre-kindergarten through fifth grade attend Lanham, one of 45 schools in the DODEA-Pacific region.

Fewer than 1% of the schools in the United States receive the award, according to a DODEA news release Sept. 20.

The Education Department has been recognizing Blue Ribbon schools for 40 years. They are nominated based on one of two categories: exemplary high-performing schools, as measured by state assessments or nationally normed tests; and exemplary achievement-gap closing schools, based on their ability to close achievement gaps between groups of students.

A school must meet several criteria based on the student assessments in reading or English language arts, and mathematics or a composite of these assessments with other measures of student performance, the eligibility criteria said.

The National Blue Ribbon Schools Program has made approximately 10,000 awards to more than 9,000 schools since 1982, according to the Education Department release. 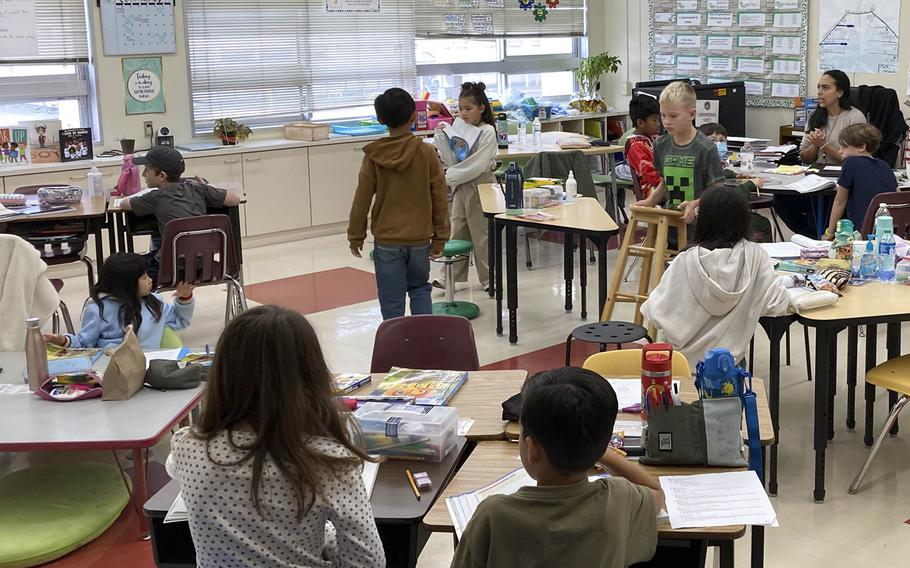 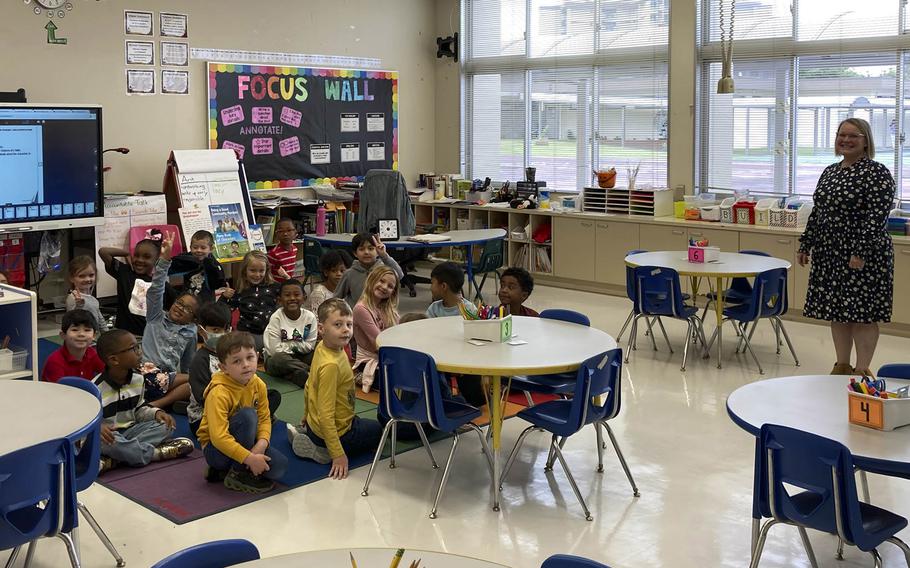 The schools will be honored at an annual awards ceremony on Nov. 3-4, in Washington, D.C., and given a plaque and National Blue Ribbon flag to fly over their schools.

“Being involved with giving students opportunities to do things, not just academics, but outside of the academics and getting to know them in that capacity, I think that definitely made a difference,” Lanham second-grade teacher Nathan Rogers told Stars and Stripes on Wednesday. “Being able to have the chance to work with them almost on a one-on-one basis made a difference.”

Calderon said the 2020 death of Sharon Carter, his predecessor as Lanham principal, left a leadership void as the school, like others, worked to maintain its educational standards during the COVID-19 pandemic.

“Having Mrs. Carter pass away when she had started to set the tone and vision for the school, and still maintain the high level of student achievement was one of the huge barriers, but the staff came together and overcame this barrier,” he said.

The transitional nature of military schools, with families coming and going to their duty stations, usually every three years, is another challenge to maintaining academic success, Calderon said.

“It’s all the teachers – those are the ones that make this work; they are the ones who come in and put in all the extra time and really love the kids,” he said.

Dahlia Moate, the parent of a kindergartner and president of Lanham’s parent-teacher organization, agreed.

“It’s a huge honor, I’m definitely proud of all the teachers and staff,” Moate, 27, from Oceanside, Calif., said Wednesday. “I get to work with all the teachers very closely and they are just all so wonderful and definitely make sure all the students are ready to go, ready to excel in their learning abilities.”

“I think the challenge for me was just challenging myself,” she said Wednesday. “Math was easy, but now it’s getting harder.”