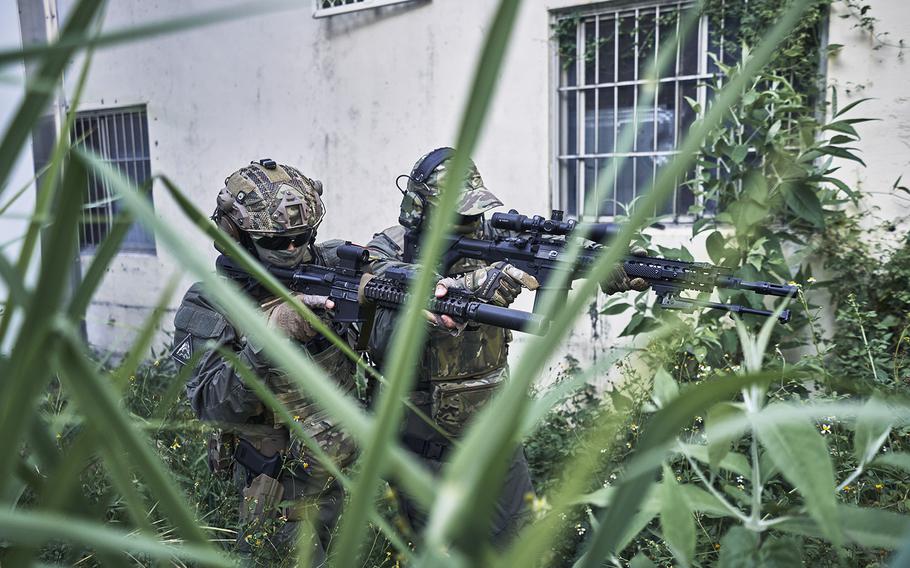 HUALIEN, Taiwan - From a young age, Wang You-cheng and his friends debated what seemed like a theoretical question: If China were to attack, would they be willing to fight to protect their home?

Growing up in Hualien, where half a dozen military installations guard Taiwan's east coast, the boys became accustomed to the sounds and sights of preparation for a war that seemed like it would never come. Airtight windows at schools blocked out the boom of F-16 fighter jets; military trucks mixed with mopeds in traffic. Wang and his friends played survival games and learned to shoot BB guns.

Their games have now morphed into the basics of civil defense as they realize war looms closer than they thought. "Taiwan is actually one of the most dangerous places in the world," said the 17-year-old, seated in an air-gun shop with his childhood friends, Liao Hong-yu, 17, and Chen Yi Hsiang, 18.

It's a reality dawning on more of the island's 23 million people as Chinese leader Xi Jinping's determination to "resolve the Taiwan question" grows in tandem with his ambition to realize China's place at the top of the global order. Xi's pursuit of these goals risks a wider military conflict that would pit China against the United States and its allies in Asia. President Biden reiterated last month that American troops would defend Taiwan if China invaded, even as White House officials said his remarks did not signal a change in the U.S. position of strategic ambiguity toward the island.

Xi is expected to secure a third term next week, granting him an extended reign and more latitude to realize the "great rejuvenation of the Chinese nation." Unification with Taiwan, by force or negotiations, is a core part of that vision. 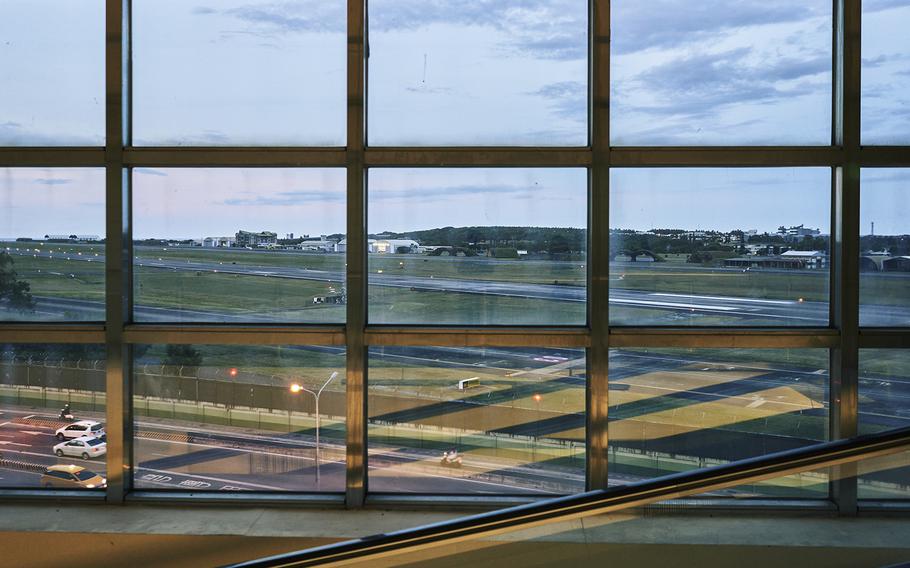 In the coastal town of Hualien, Taiwan, the Hualien Air Force Base can be seen from a local shopping plaza. (An Rong Xu for The Washington Post)

For decades, Chinese leaders have pledged to take Taiwan, where Kuomintang military forces and hundreds of thousands of Chinese fled and set up a rival government after their 1949 defeat by the Chinese Communist Party (CCP). Generations of Chinese students have been taught that Taiwan is an inviolable part of their country, separated by an accident of history. Under Xi, that is no longer mere propaganda.

"He doesn't regard it as just a slogan. It's an action plan that must be implemented," said Chang Wu-ueh, a professor focusing on cross-strait relations at Tamkang University and an adviser to Taiwan's government. "Before, leaders talked about unification as something to be achieved in the long run. Now, it's number one on the agenda."

In the uneasy stalemate since China stopped shelling Taiwan's offshore islands in the 1970s, the two sides of the Taiwan Strait have only moved further apart. While Taiwan transitioned into a multiparty democracy and its citizens increasingly identified as Taiwanese rather than Chinese, Beijing has grown more adamant that they and the rest of the world recognize the island - which the CCP has never governed - as part of China.

The uncompromising approach has led China to cut off official communication with the Taiwanese government of President Tsai Ing-wen, ending years of exchanges and economic cooperation that Chinese officials thought would lead to unification and that Taiwan officials hoped would stave off conflict.

Chinese military aircraft now ignore the median line of the strait, an unofficial border that both sides largely respected for decades. Export bans punish Taiwanese farmers and businesses, while Beijing officials vow "resolute punishment" for anyone seen as supporting Taiwan independence. In Hong Kong, the model for the "one country, two systems" formula that China proposes for Taiwan, a sweeping national security law has crushed civil society and much of the city's autonomy.

Repulsed by the hard-line approach, Taiwan's voters reelected Tsai in a landslide in 2020 after she highlighted Hong Kong's fate as a reason to reject Beijing's overtures. Xi, who turns 70 next year, now finds himself with narrowing options to accomplish his mission peacefully - increasing the chance that Beijing may eventually resort to military action. He has termed unification "inevitable" and said that he will use force if necessary.

In a speech Monday marking Taiwan's National Day, Tsai was equally resolute. "The broadest consensus among the Taiwanese people is that we must defend our national sovereignty and our free and democratic way of life," she said. "We have no room for compromise."

Taiwan's defense minister said this month that any intrusion into Taiwan's airspace by Chinese military aircraft or drones would constitute a "first strike," an action the ministry previously defined as an attack by artillery and missiles. 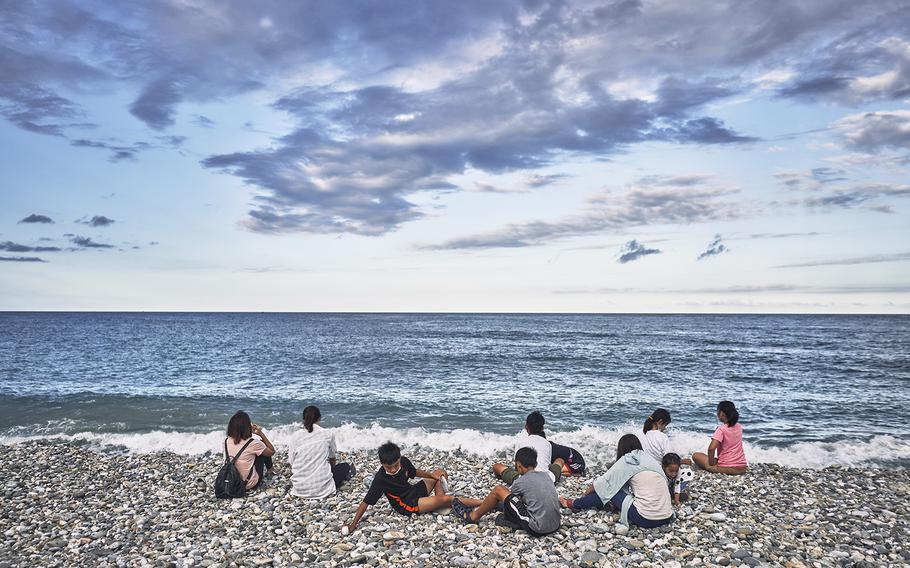 A family relaxes in August on a beach at Hualien, which looks out to the Pacific Ocean. (An Rong Xu for The Washington Post)

For residents in Hualien, a picturesque coastal town closer to Japan than to China, that warning took on new meaning as the seemingly faraway tensions of the Taiwan Strait landed on their doorstep. In August, in retaliation for U.S. House Speaker Nancy Pelosi's visit to Taipei, the People's Liberation Army fired missiles over Taiwan and carried out drills to simulate a blockade of the island, including for the first time firing missiles that landed in the sea off the coast of Hualien.

The once-regular intervals of Taiwanese F-16 fighter jets suddenly became unpredictable, as planes roared day and night to intercept Chinese aircraft. When the exercises began, Bao Jhih-jia, 33, who runs a cafe built out of an old pillbox fortification, debated with his wife whether they should run or hide in the event of an attack.

"Of course, we don't agree with unification," he said. "But right now, if there was a war, Taiwan for sure could not win."

Taiwan's government has been building up military assets in Hualien and along the east coast since 2016, when relations with China worsened following the initial election of Tsai, leader of the Democratic Progressive People's Party, which Beijing sees as supporting Taiwan independence.

New fighter aircraft are being stationed in Hualien, where a hangar built out of a cave system in the mountains can store 200 jets, protected from enemy missiles, according to Kolas Yotaka, a former presidential spokesperson who is running for governor of Hualien county. New reconnaissance drones and anti-ship missile systems are also to be installed along the east coast, according to government announcements.

"We cannot be so naive as to think China will not attack," Yotaka said. "The front line is no longer just in the west, in Kinmen and Matsu," she said, referring to the Taiwan-controlled islands closer to China. "Now the east coast is a front line."

Across Taiwan, citizens are thinking more seriously about the possibility of war, inspired in part by Ukraine's resistance against Russia. Former soldiers, politicians and nongovernmental organizations hold training sessions in self-defense and first-aid, as well as talks on how an attack by China might unfold. An annual four-day air raid drill in July was expanded to require some residents to hide in shelters. 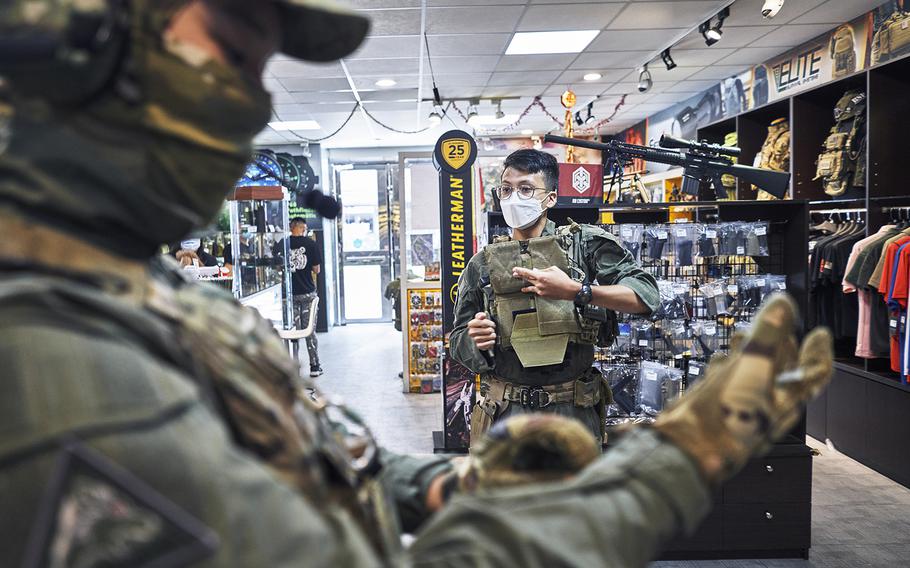 For many, the question is when, not if, Beijing will make good on its threats. Having seen the crushing of Hong Kong's democracy movement, residents like Wang and his friends in Hualien have little faith in Beijing's promises of autonomy under a similar two-systems arrangement.

"Nothing they say is believable," Liao said. "We need to learn more to save and help ourselves."

A full-scale invasion of Taiwan would involve an amphibious landing, necessitating the transportation of huge numbers of soldiers, armor and supplies across the notoriously rough, 100-mile-wide strait. Military experts say the People's Liberation Army is not yet equipped to pull it off, although China's military capacity is growing.

While Taiwan's presidential election next year could affect Beijing's calculus, national security officials and government advisers in Taiwan cite two particular dates on the calendar. By 2027, the Chinese military may be capable of launching a full attack on Taiwan, according to congressional testimony last year by the then-commander of the U.S. Indo-Pacific Command, Adm. Philip Davidson. The year 2049, the 100th anniversary of the founding of the People's Republic of China, is Xi's target deadline for realizing China's "great rejuvenation."

"We don't have much time to prepare ourselves, and our resources are far less than China's. It's an extreme imbalance," said Lee Hsi Ming, former chief of general staff of Taiwan's armed forces.

Xi is constrained by the fact that an attack would be a huge gamble, potentially miring China in a costly war with the United States. Despite increasingly aggressive posturing, Beijing has taken steps to prevent fraught U.S.-China ties from worsening. Xi and Biden, who spoke by phone before Pelosi's visit, are expected to meet on the sidelines of the Group of 20 summit in November.

Short of a full-scale attack, Xi has other options. These include ramping up sanctions on Taiwanese businesses, escalating gray-zone tactics - coercive actions that stop short of conflict but exhaust the island's military - and further isolating Taipei on the global stage.

"It's a constant warning to Taiwan and the U.S. that China could do more, that it could go further," said Bonnie Glaser, director of the German Marshall Fund's Asia program. "They want to squeeze the ability of Taiwan to exercise its own sovereignty until, eventually, the people of Taiwan say, 'Our lives aren't going to get better until we agree to be part of mainland China.' "

Yet, as China applies increasing pressure, Taiwan's people see themselves as ever more distinct from those across the strait - and by extension, less inclined to accept rule by the People's Republic. After the PLA fired missiles close to Taiwan in March 1996 in retaliation for then-President Lee Teng-hui's visit to the United States, the percentage of people who identified solely as Taiwanese shot up to 34 percent in 1997 from 25 percent two years earlier, according to an annual survey by the National Chengchi University. By 2020, those expressing Taiwanese identity reached 64 percent following the crackdown on Hong Kong. The figure has hovered around that level since.

"For Taiwanese people, every time they experience China's provocations, it just adds to a sense of opposition - that we're not the same," said Liya Chen, an independent journalist and host of the podcast "One Story in Taipei." "If someone is pointing a gun at you, would that make you want to join them?"

For teens Wang, Chen and Liao, the answer to how they would respond to a call to fight China is simple: They would have no choice.

Watching China's efforts to pressure Taiwan and noting the risks of their homeland being caught between two major powers, China and the United States, they believe it's possible they will see war in their lifetimes. They wonder if adults are too busy working to think about these issues. Ukraine has been an instructive example.

"Where a big country would go to war just for the sake of a small piece of land," Chen added.

The Washington Post's Pei-Lin Wu contributed to this report.