CAMP LESTER, Okinawa – Twenty American and Japanese students recently came together on this U.S. Marine base for two days of educational and cultural exchange activities.

The youth exchange program was designed to form bonds between the children of U.S. service members and those of local nationals at military bases throughout Japan, according to Miranda Ferguson, spokeswoman for Department of Defense Education Activity-Pacific.

At Lester Middle School on Oct. 1-2, the students divided into groups of four for a variety of projects, including one in which they created mascots to represent the “friendship between Japan and the U.S.” Japanese students introduced the mascots in English and the Americans used Japanese. Students show off "Sobadog," a mascot they created to represent the friendship between the United States and Japan, at Lester Middle School, Okinawa, Oct. 2, 2022. (Frank Andrews/Stars and Stripes)

“Our mascot is called Sobadog, a combination of American and Japanese,” Lester eighth-grader Nyla Bosompen, 12, told Stars and Stripes on Oct. 2. “It had soba on its head, and it had a hot dog and a hamburger in each of his hands, and that symbolizes the Japanese and the American relationship.”

Bosompen, whose parents are in the U.S. Army, said the camp allowed her to use the Japanese she’s learning at school with native speakers, something she’s never done before.

One of the Japanese students, Asami Arime, 14, gave his impressions of the day to Stars and Stripes through an interpreter.

“The juice is sweet,” said the ninth-grader from nearby Ginowan. “I ate a Subway sandwich for lunch and American gummy bears. I made a friend named Alan; he is not really talkative, but he was supportive today.” 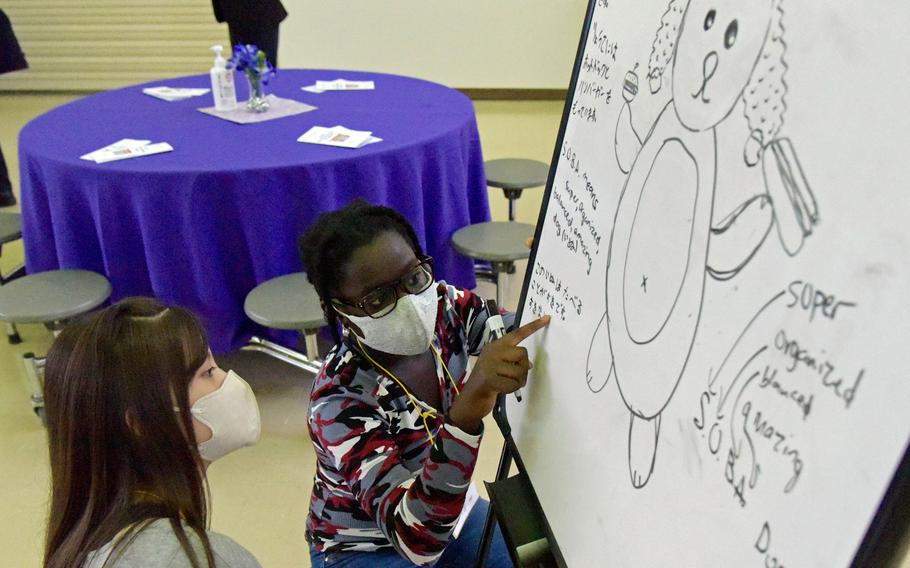 Students create a mascot representing the friendship between the United States and Japan at Lester Middle School, Okinawa, Oct. 2, 2022. (Frank Andrews/Stars and Stripes)

The program developed in 2020 out of a partnership between DODEA-Pacific and Japan’s Ministry of Foreign Affairs but was initially limited to Misawa Air Base, according to Ferguson. The two-day events have since spread to nearly every major U.S. installation in the country.

“There's always a need to partner together and establish better ties with our local communities so it wasn't really based on any particular need,” Todd Schlitz, DODEA-Pacific’s chief of staff, told Stars and Stripes on Sunday. “It was based on the thought of, hey, let's bring our communities together; let's make opportunities for our students to get to know each other.” 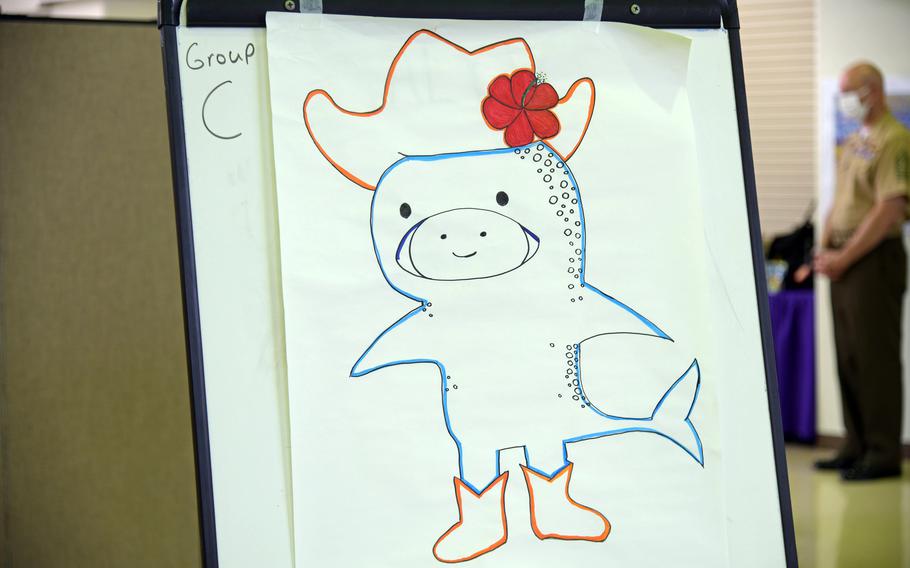 This mascot was created by American and Japanese students to represent the friendship between the United States and Japan, during a youth exchange event at Lester Middle School, Okinawa, Oct. 2, 2022. (Frank Andrews/Stars and Stripes)

Yoshikawa, who traveled from Tokyo for the event, encouraged the students to keep in touch with one another.

“I am convinced that such relationships will bring about a bright future for both countries,” she said.

Upcoming camps, which are available to DODEA middle and high school students, are slated for Oct. 15-16 and Sasebo Naval Base; Nov. 5-6 at Misawa Air Base; Dec. 3-4 at Camp Zama; Feb. 4-5 at Yokosuka Naval Base; and March 4-5 at Yokota Air Base. 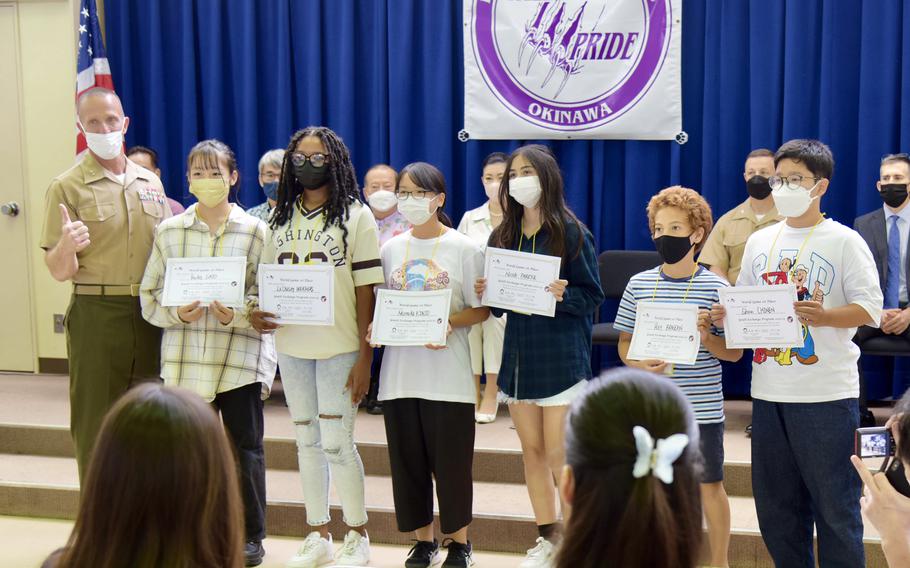