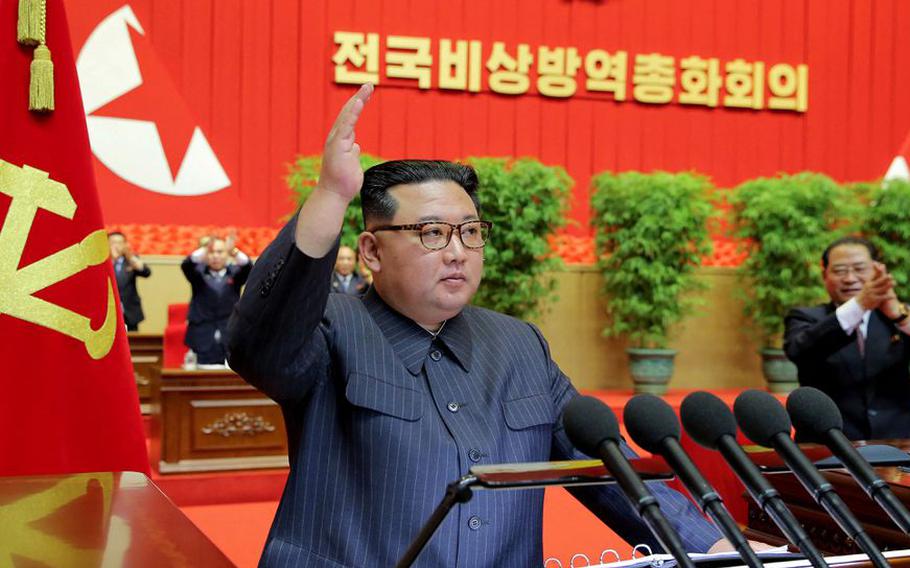 North Korea carried out its fourth round of weapons testing in less than a week on Saturday, firing what the South’s military said were two short-range ballistic missiles off its eastern coast.

South Korea’s Joint Chiefs of Staff said the missiles were fired eight minutes apart starting at 6:45 am from Sunan, an area just north of Pyongyang, the country’s capital.

They reached a speed of up to Mach 6 and flew 217 miles at a peak altitude of 18 miles, according to the South’s military.

U.S. Indo-Pacific Command said it was consulting closely with its allies and partners about the launch.

“While we have assessed that this event does not pose an immediate threat to U.S. personnel or territory, or to our allies, the missile launch highlights the destabilizing impact of [North Korea’s] unlawful [weapons of mass destruction] and ballistic missile programs,” a command statement said. “The U.S. commitments to the defense of [South Korea] and Japan remain ironclad.”

North Korea had last carried out a launch on Thursday, firing two short-range ballistic missiles hours after Vice President Kamala Harris departed Osan Air Base south of Seoul. She had spent the day in South Korea visiting the Demilitarized Zone separating the two Koreas and meeting with President Yoon Suk Yeoul in the capital.

The North also fired two short-range ballistic missiles on Wednesday, not long after Harris wrapped up a speech aboard the destroyer USS Howard at Yokosuka Naval Base, Japan.

It launched one missile before the vice president departed Washington for Asia on Sunday.