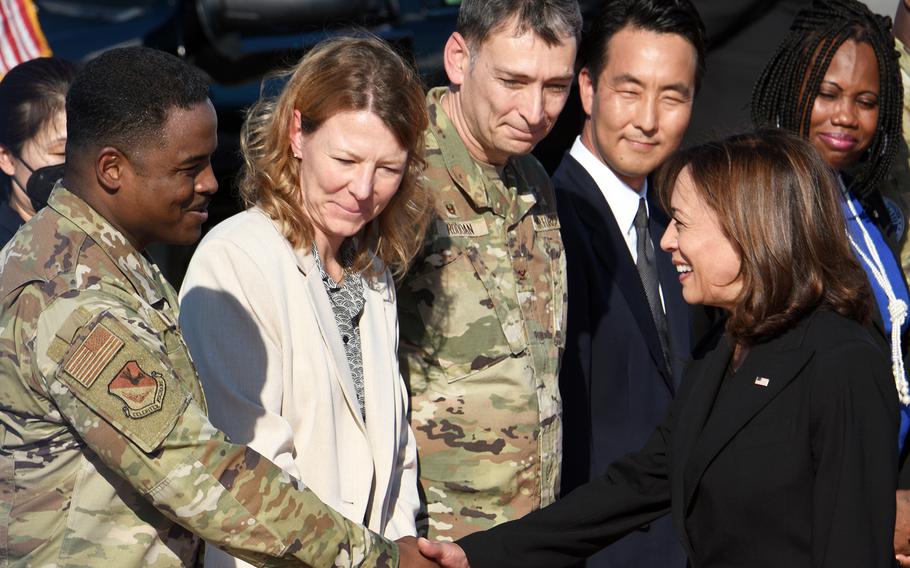 YOKOTA AIR BASE, Japan – Vice President Kamala Harris landed at the home of U.S. Forces Japan in Tokyo on Monday, kicking off a four-day visit to the country in which she’ll pay her respects to its slain former prime minister and discuss an uptick in regional tensions with the current leader.

Harris is leading a delegation of current and former U.S. officials that includes U.S. Ambassador to Japan Rahm Emanuel and four others who once held his post: Sen. Bill Hagerty, U.S. Ambassador to Australia Caroline Kennedy, John Roos and Thomas Schieffer.

They’ll represent the United States on Tuesday at a controversial state funeral for slain former leader Shinzo Abe at the Budokan in Tokyo. He was gunned down July 8 while speaking at a political event in Nara.

Harris met with Prime Minister Fumio Kishida on Monday evening at Akasaka Palace. The pair were expected to discuss “a range of regional and global issues including the importance of preserving peace and stability in the Taiwan Strait,” according to comments by a senior Biden administration official that were posted to the White House website on Friday.

The vice president told Kishida that “the alliance between Japan and the United States is a cornerstone of what we believe is integral to peace, stability and prosperity in the Indo-Pacific region," according to The Associated Press.

Kishida said Abe "poured his heart and soul" into strengthening the countries’ ties, and that he felt it was his duty to continue those aspirations, the agency reported. 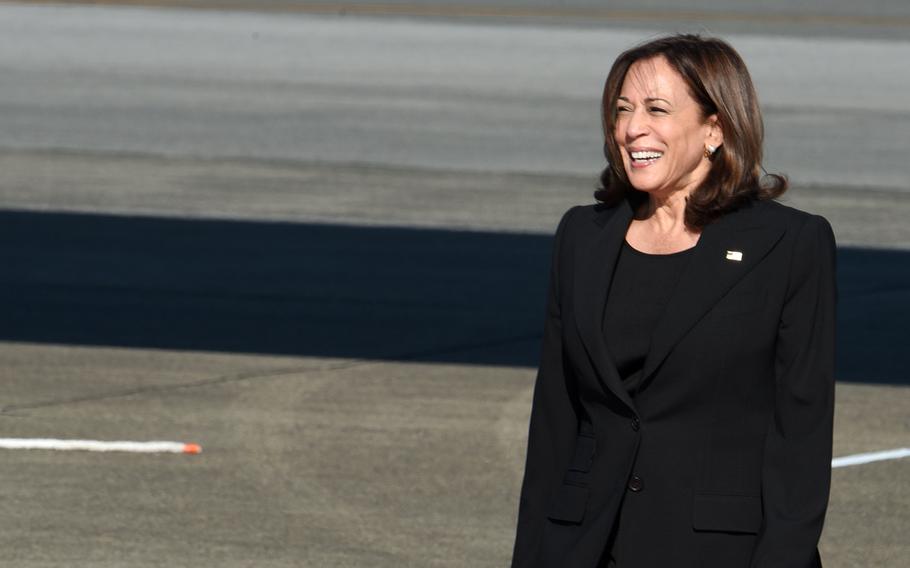 The vice president is also slated to visit Yokosuka Naval Base, home of the U.S. 7th Fleet south of Tokyo, to greet service members and tour a destroyer, the White House official said.

“She will meet with commanders and sailors of our forward-deployed naval forces, and she will then deliver remarks,” the official said.

Regional tension spiked Aug. 3 when U.S. House Speaker Nancy Pelosi visited Taiwan while leading a congressional delegation to Asia that included stops in Singapore, Malaysia, South Korea and Japan. The Taipei visit prompted China, which sees the democratic island as a breakaway province that must be reunited with the mainland, possibly by force, to stage live-fire drills that encircled Taiwan.

President Joe Biden said in a CBS "60 Minutes" interview aired Sept. 18 that U.S. troops would defend the island if China invaded, although the White House later walked back those comments. It did the same after the president made a similar statement while visiting Japan in May. 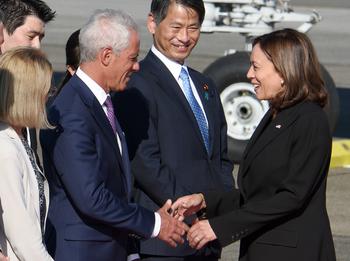 Harris is slated to travel to South Korea on Thursday and meet with newly elected President Yoon Suk Yeol, according to the Biden administration official.

During that visit, Harris will underscore the strength of the U.S.-South Korea alliance and discuss the threat posed by North Korea; the importance of peace and stability across the Taiwan Strait; and the U.S. and South Korea’s growing economic and technology partnership, the official said.

That meeting is slated for less than a week after North Korea test-fired a ballistic missile and just days after the U.S. and South Korea kicked off joint naval drills near the peninsula that involve the nuclear-powered aircraft carrier USS Ronald Reagan. 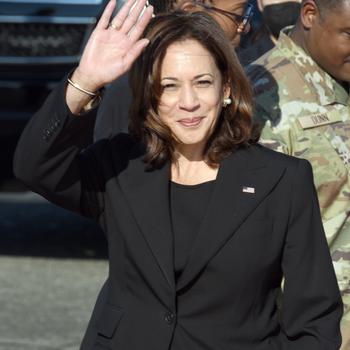 In Tokyo, Harris and Kishida will likely tout the strengths of their alliance and supply chain resilience, according to James Brown, an international affairs expert at Temple University’s Japan campus.

However, the U.S. delegation to Abe’s $1.8 million state funeral, which also includes a former deputy secretary of state and a former Joint Chiefs chairman, seems “underwhelming,” he told Stars and Stripes in an email Monday.

“While other current and former leaders are attending, neither Obama nor Trump is making the trip,” he said of the former presidents. “This is despite Abe's supposedly close relationship with Trump. Abe even nominated Trump for a Nobel peace prize.”

Harris’ trip is “sort of last minute,” and it will be difficult for her to line up meaningful sidebar meetings, according to Brad Glosserman, deputy director and visiting professor at the Center for Rule-Making Strategies at Tama University in Tokyo.

“Expect a lot of handshaking and casual get-togethers,” he said in an email Monday.