Army stands up its third Multi-Domain Task Force in Hawaii 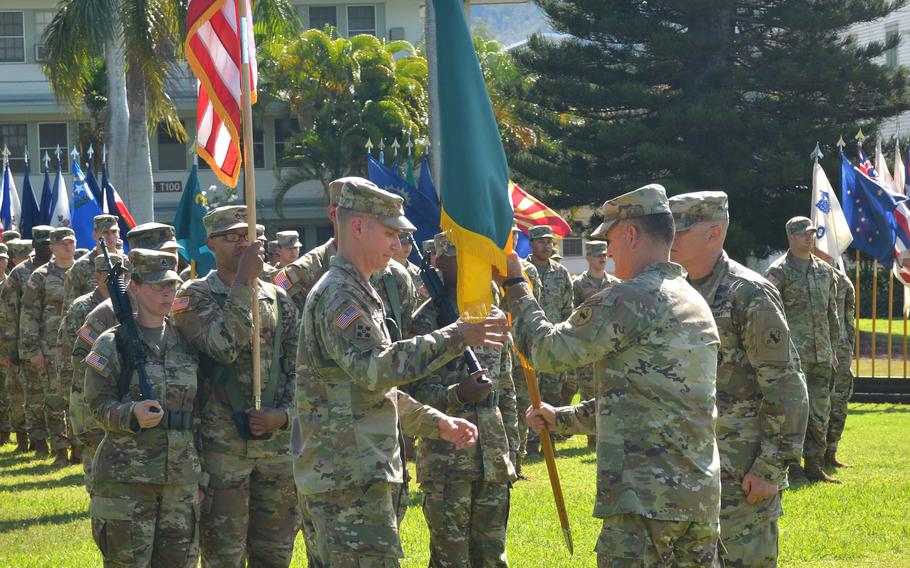 FORT SHAFTER, Hawaii — The U.S. Army activated its third Multi-Domain Task Force on Friday in Hawaii, furthering the service’s transformation into a force capable of projecting power in land, sea, air, space and cyberspace as needed.

“Today, we witnessed the activation and the unveiling of a set of colors of an organization that will be essential and integral to the Army and the joint force in the Indo-Pacific,” Gen. Charles Flynn, commander of U.S. Army Pacific, said during a ceremony at Fort Shafter.

“While they may not have a distinguished and storied history yet, this unit is quite special and unique,” Flynn said. “This region of the world, the Indo-Pacific theater, is the most important region for the future the United States. It is where the geostrategic weight of the world rests for this century.”

The members of the battalion-size task force were selected from throughout the Army’s ranks for their varied skill sets. The task force will be based in Fort Shafter and is expected to reach full operational capability before the end of 2023.

The Army’s first Multi-Domain Task Force became operational in 2017 and is based out of Joint Base Lewis-McChord, Wash. The second is based in Germany and aligned with U.S. Army Europe and Africa.

The Army plans to establish two more such units, one in the Arctic and the fifth “aligned for global response,” according to a May 31 report by the Congressional Research Service.

“The third Multi-Domain Task Force is the signature formation in the ongoing transformation of the U.S. Army,” Col. David Zinn, the task force commander, said during the ceremony. “Our activation in Hawaii reflects the Army’s commitment to this theater as our nation’s priority.” 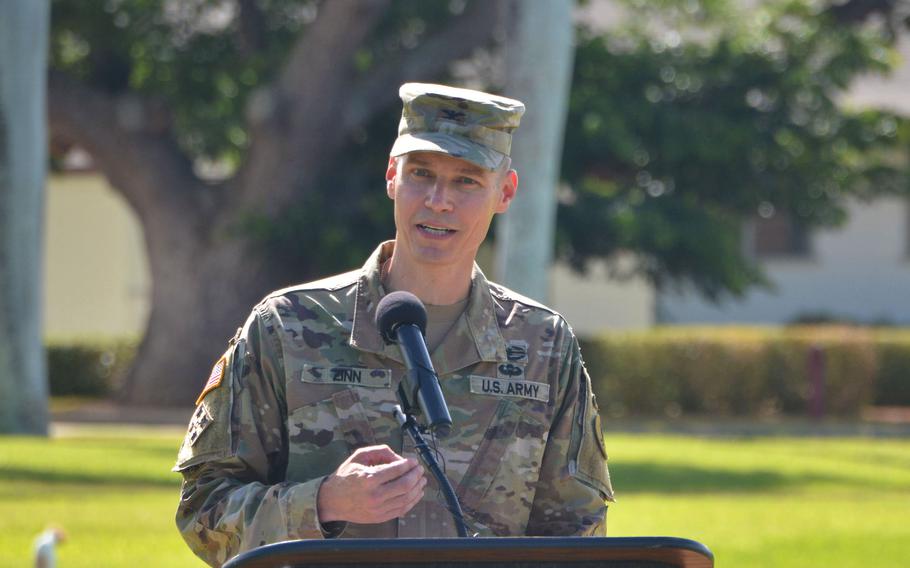 Col. David Zinn, commander of the Army’s third Multi-Domain Task Force, speaks during a ceremony at Fort Shafter, Hawaii, Friday, Sept. 23, 2022, at which the task force was activated. (Wyatt Olson/Stars and Stripes)

Zinn’s 27-year career with the Army includes command of the 3rd Squadron, 4th Cavalry Regiment at Schofield Barracks in Hawaii and a stint in South Korea as a future operations planning officer. He served three tours in Iraq and one in Afghanistan.

He most recently served as the director of the Chief of Staff of the Army Coordination Group.

Zinn told the audience that the soldiers of the newly activated task force “have skills that span diverse functions: intelligence, space, cyber, [electronic warfare], fires, sustainment, and more – all working together to synchronize kinetic capabilities and nonkinetic capabilities to deliver long range precision effects against our nation’s adversaries.”

Flynn said the Multi-Domain Task Force concept is the “perfect example” of how the Army helps the joint force maintain an edge over adversaries.

“Through years of repeated wargaming, experimentation, and now exercising and training, a real tangible formation is producing a distinct warfighting advantage for the joint force,” he said.