South Korea, China to 'closely communicate' on US missile shield 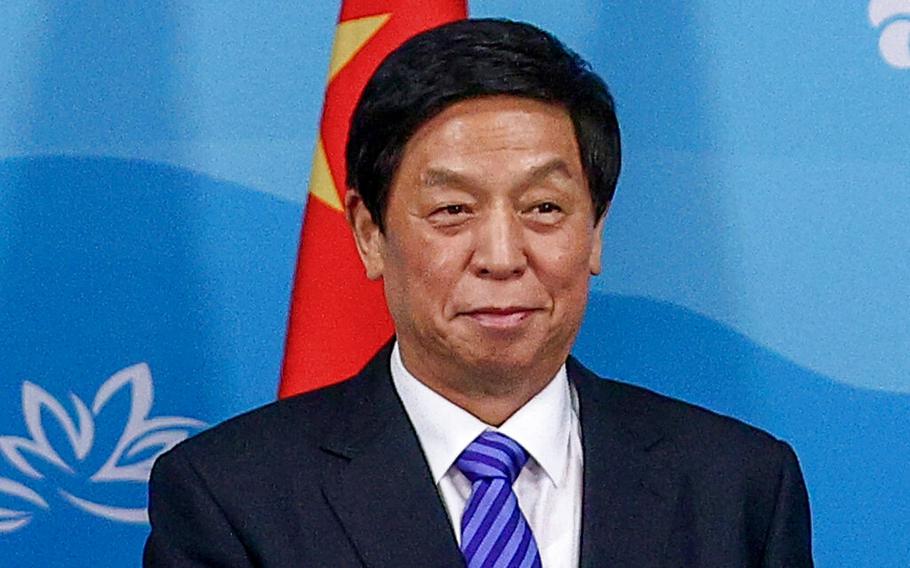 Yoon has been trying to balance relations between its long-standing U.S. ally and China, South Korea's biggest trading partner. The president sent ripples through relations with Washington when he decided against having a face-to-face meeting with U.S. House Speaker Nancy Pelosi during a trip to Seoul last month. The snub of the first sitting House speaker to visit the country in about 20 years drew criticism from members of South Korea's opposition and Yoon's own conservative party.

Yoon has pledged make the current Thaad system fully operational and install another unit in the Seoul area. China objects to the shield over concerns that its powerful radar would allow spying on its own missile systems.

"I highly appreciate your role in developing our bilateral relations," Yoon said to Li during the meeting, according to South Korea's presidential office. Li thanked Yoon for taking time to have talks, the office said. 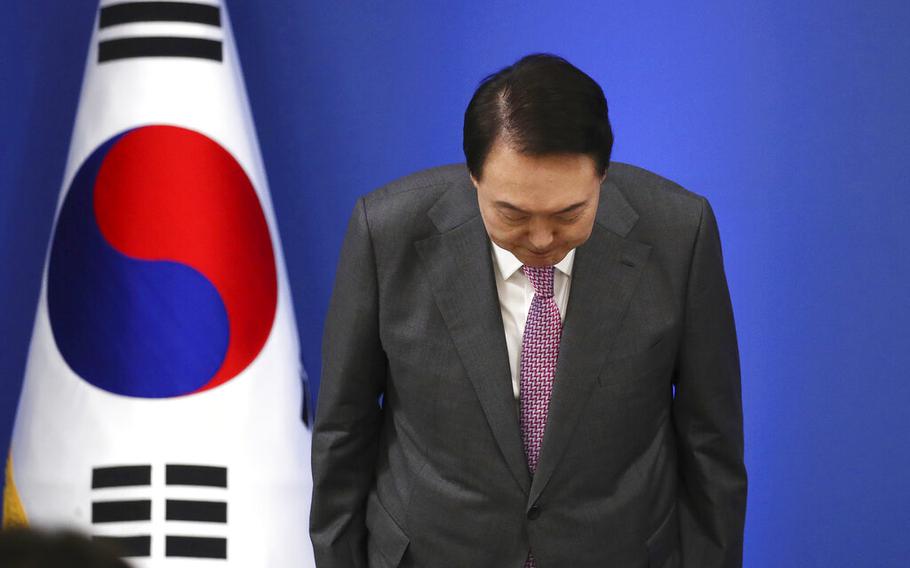 South Korean President Yoon Suk Yeol vows during a news conference to mark his first 100 days in office at the presidential office in Seoul, South Korea, on Aug. 17, 2022. (Chung Sung-Jun/Pool)

Yoon's office earlier said the president plans to meet U.S. President Joe Biden next week when he travels to New York for a session of the United Nations General Assembly.

South Korea has shown its displeasure over the Inflation Reduction Act signed last month by Biden, which includes tax credits of as much as $7,500 for purchases of electric vehicles made in North America. That could disadvantage major South Korean brands like Hyundai and Kia, which don't have operational EV plants in the U.S.

That friction risks Biden's efforts to build a tighter network of partners to counter China's rising influence. Yoon's administration has remained non-committal about joining Biden's Chip 4 Alliance, a new group of major powers that also includes the U.S., Taiwan and Japan and is aimed at safeguarding the supply of semiconductors. China's opposition to the move could blow back on South Korea's chipmakers.

Since coming to office in May on pledges to take a tougher line with Beijing, Yoon has stepped up security cooperation with the U.S. and sought to align his country more closely with America's allies in Europe - attending a NATO summit in June.