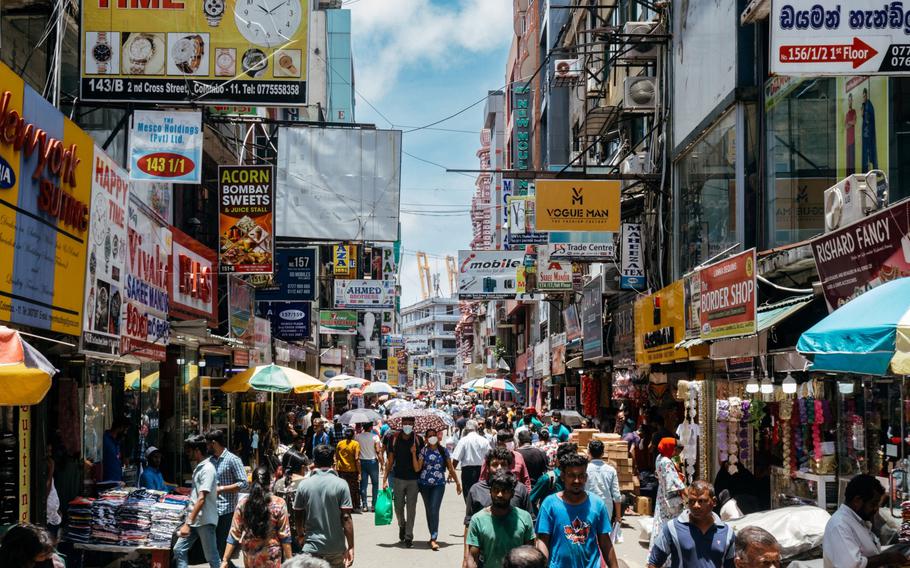 Sri Lanka’s economy shrank the most in two years amid a debt crisis that triggered a default and widespread protests that brought the nation to a standstill leading to the ouster of the president.

Gross domestic product fell 8.4 percent in the three months to June from a year ago, according to data released by the Statistics Department Wednesday. That’s the slowest reading since the corresponding quarter of 2020 and compares with an estimate of a 10 percent contraction in a Bloomberg survey of economists. Sri Lanka’s economy contracted 1.6 percent in the January-March quarter.

Sri Lanka’s $81 billion economy collapsed after fuel supplies ran dry because of the financial crisis, spurring inflation that has quickened to a fresh high of 64.3 percent in August and sending the policy rate more than doubling this year to 15.5 percent from 6 percent in end-2021.

A resignation by the central bank governor in early April foreshadowed the island nation’s second quarter misery where it grappled with more credit rating downgrades and market rout as it declared a debt default. By late June, citizens were advised to stay home for two weeks as the government restricted fuel use, fanning deeper discontent.

The economic meltdown, the most dire in its independent history, spiraled into political chaos that led to a formation of a new government. President Ranil Wickremesinghe, who was elected by parliament after his predecessor Gotabaya Rajapaksa fled the country, is now trying to push through economic and constitutional reforms to help turn the tide.

“We are looking at things getting worse before getting better,” said Dimantha Mathew, head of research at First Capital Holdings, adding that the impact of higher inflation, shortages and power interruptions will hurt consumption.

Earlier this month, authorities sealed an agreement with the International Monetary Fund for a $2.9 billion loan that will be crucial to rebuild reserves, unlock more funding and start a debt recast. Sri Lanka is also preparing for talks with India, Japan and China, its largest bilateral creditor, on restructuring nearly $13 billion worth of debt.

“Obtaining debt-relief assurances from creditors -- a precondition for the aid -- will probably take time,” according to Ankur Shukla of Bloomberg Economics. “A delay in releasing funds means domestic supply shortages will remain in place, at least in the near term, and further impede production.”

Sri Lanka needs about $5 billion for essential imports to tide it over for six months, and nearly $1 billion to strengthen its currency, Wickremesinghe said in June.

The nation’s currency has plunged more than 40 percent this year and stocks are down almost 20 percent, while the nation’s 7.55 percent 2030 dollar bond is indicated at about 30 cents on the dollar from nearly 50 cents at the start of the year.