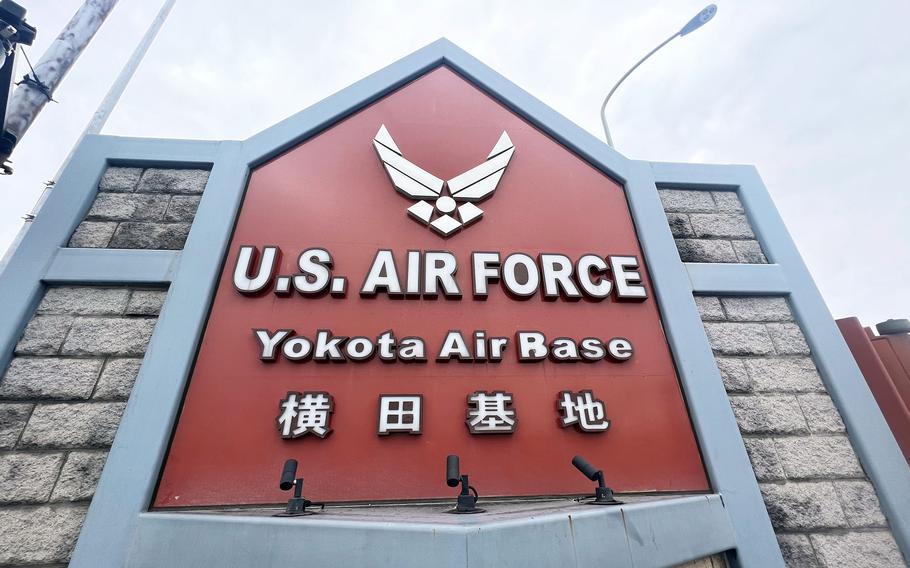 YOKOTA AIR BASE, Japan — Authorities at this airlift hub in western Tokyo dismissed as false a claim circulating on social media that the base’s water supply may be tainted by chromium VI, or hexavalent chromium, a carcinogen.

The 374th Civil Engineer Squadron, responding Tuesday on a Facebook discussion about the chromium report, said the water at Yokota Air Base is safe to drink and no chromium was detected in the 2021 water quality survey.

“Chromium was considered non-detectable and did not make the list of contaminants. Our water is safe to drink,” said the squadron’s message. Separately, it said: “Chromium isn't listed. Because it's not detected.”

The report of chromium contamination, first posted to the Air Force amn/nco/snco Facebook page on Aug. 24, is not true, a spokesman for the 374th Airlift Wing told Stars and Stripes by phone Sept. 7.

“There is a system in place to prevent the very concern that the individual has brought up,” said 1st Lt. Danny Rangel. He said the aircraft maintenance division, the alleged source of contamination at Yokota, “did due diligence” and discounted the contamination claim.

On Wednesday, Rangel provided a statement from the wing: “Yokota Air Base continues to conduct operations with careful consideration for the safety of our members, our surrounding community, and our environment,” his email states.

“With the intent of strengthening public understanding of our water systems, the installation publishes an annual drinking water quality report, which summarizes the quality of water delivered by Yokota Air Base.”

The initial anonymous post on Air Force amn/nco/snco on Aug. 24 described how power sanding the exteriors of C-130J Super Hercules, the 374th’s workhorse airlifters, over the past 10 years released hexavalent chromium into the air, after which it found its way into the soil and groundwater. Undated photographs and an undated, four-second video accompanying the post shows airmen in protective suits, on a lift, spraying a Super Hercules at Yokota while a cloud billows from the plane.

“Since 2012, there has been a memorandum in place that authorizes Yokota Air Base to perform sanding operations of Chromium (VI) compounds in an outdoors environment,” the post said. “Mind that the base location has not only our service members located throughout, but also the foreign nationals have homes and families in the immediate surround area.”

Hexavalent chromium causes cancer and targets the respiratory system, kidneys, liver, skin and eyes, according to the Occupational Health and Safety Administration website. It’s used as an anticorrosive agent in paint and other surface coatings.

Stars and Stripes contacted the poster through the Air Force amn/nco/snco Facebook page, but that person did not respond to questions about the alleged chromium contamination.

A second post on amn/nco/snco page Aug. 26 stated: “They told us that the Chrome VI levels have quadrupled in the last 6 years in Yokota’s water supply and if it reaches a certain point they will shut off all the water to the base. They told us they won’t fix it until it’s too late. Apparently [civil engineering] is going to the Japanese Government for a soil sample to be taken where we have been sanding.”

“If there’s high levels, the group will have to pay for all damages for contamination,” the Aug. 26 post continued. “Bio says Chrome VI doesn’t leave the 50ft cordon but how is it that the levels are so high now? Everyone has been turning a blind eye to this and nothing will be changed until the levels get too high.”

That post stimulated discussion on the Yokota Community page on Facebook, an online forum where base residents air community issues.

“Any news on the water quality issues that were reported recently?” commenter Felisa Leppo posted Monday. “Anyone know where we can get whole house filtering systems for base housing? Or at minimum RO for the kitchen and shower/bath filtration that can handle the chromeVI?”

That post generated more than 40 comments. The civil engineer squadron responded with its comments and a link to the 2021 water quality report, which contains no reference to chromium in the water supply.