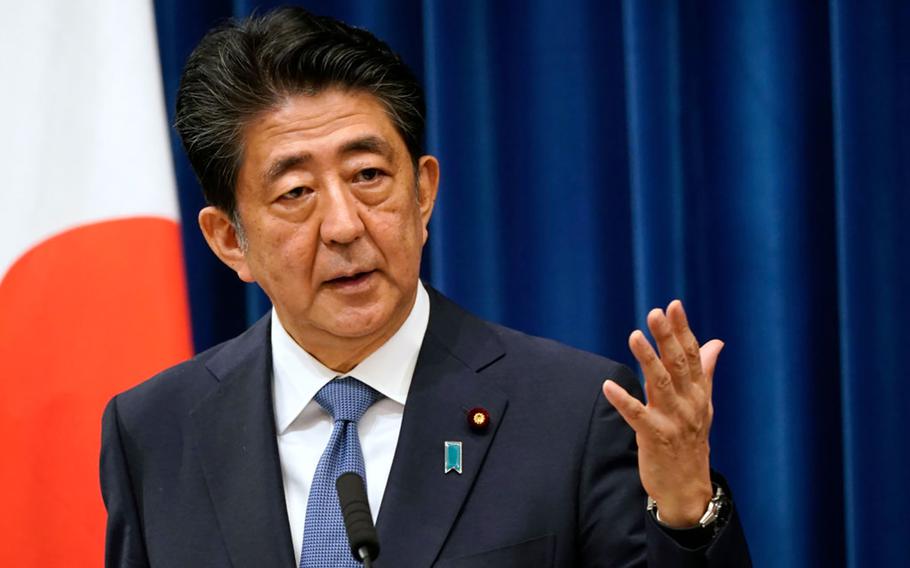 TOKYO (Tribune News Service) — The upcoming state funeral for former Japanese Prime Minister Shinzo Abe was billed as an opportunity to stand up for democracy after his assassination on the campaign trail. It has ended up dividing the public and threatening his successor’s agenda.

Prime Minister Fumio Kishida, a one-time Abe Cabinet minister, is facing petitions, protests and court challenges to stop the Sept. 27 memorial service, which is projected to cost about 1.7 billion yen, or $12 million. Many in Japan were angered by Abe’s efforts to strengthen the military and the scandals that dogged his government. Moreover, the incident has exposed ties between the ruling party and a controversial South Korean church that the man accused of killing Abe blames for bankrupting his family.

Here’s how Kishida’s attempt to build unity in the wake of Abe’s death unraveled:

The July 8 shooting of Japan’s longest-serving prime minister shocked a nation that hadn’t seen such a high-profile political assassination in nearly 90 years. Kishida announced plans for the state funeral — the first for a former premier since 1967 — less than a week later, with much of the nation still in mourning.

The premier said the event would “show our determination not to bend to violence and to firmly uphold democracy.” Kishida told a news conference last week that a state funeral would also show the nation’s appreciation for the global tributes paid to Abe, who remained influential after stepping down amid health problems two years ago.

Details of the order of ceremonies have not yet been released, but as many as 6,000 people are expected to attend the ceremony at the Budokan in Tokyo, according to the Nikkei newspaper. ANN and other news outlets have reported that Canadian Prime Minister Justin Trudeau will be the sole sitting Group of Seven state leader to attend.

Other possible guests include U.S. Vice President Kamala Harris and former U.S. President Barack Obama, according to broadcaster NHK. The emperor won’t be present and is likely to be represented by his younger brother, the crown prince, the Mainichi newspaper said. The leaders of at least two Japanese opposition parties have said they will also stay away.

3. Why is it controversial?

A state-funded celebration of Abe’s life was bound to be divisive and his critics argue the heavily indebted government could better spend its money elsewhere. The state funeral held for former Premier Shigeru Yoshida in 1967 cost around 18 million yen, according to the Yomiuri newspaper, or about 70 million in today’s money.

Still, reports that Abe and other Liberal Democratic Party officials were linked to the South Korean-based Unification Church has fired up opposition to the event. The church — known for its mass weddings and “Moonie” followers, named after its founder, Sun Myung Moon — has faced dozens of court rulings against it in Japan over its fundraising and other practices.

The controversy has fueled calls for LDP members to cut ties with the group. For its own part, the church has said it has seen a decrease in court challenges since taking steps more than a decade ago to curb “excessive actions” by some of its members.

4. How is it hurting Kishida?

Kishida’s efforts to respond to public concerns, including a Cabinet reshuffle last month, have fallen flat. Recent polls show a majority is opposed to the funeral and support for the premier at the lowest levels since he took office in October.

At least four protests were organized against the funeral last month, including one outside parliament that attracted about 4,000 people, according to the Asahi Shimbun. Civic groups this month presented the Cabinet with online petitions signed by 280,000 people calling for the funeral to be canceled, according to NHK.

The debate threatens to undermine Kishida’s broader agenda, including a proposed record defense spending increase, and could prompt him to redirect more money toward handouts.

5. How do other countries do it?

Standards on who gets a state funeral differ widely around the world. All former U.S. presidents are entitled to state funerals. That includes Richard Nixon, who resigned from office amid scandal, although his ceremonies were held in California, rather than as usual in Washington.

In the UK, the honor is usually reserved for the monarch, although other public figures, most recently former Prime Minister Winston Churchill, have received it. Mikhail Gorbachev, who presided over the breakup of the Soviet Union, was not accorded a state funeral after his death last month, joining another controversial Soviet leader Nikita Khrushchev who was denied such a service.