Soon after Shi Minglei's husband, Cheng Yuan, an activist against workplace discrimination, was arrested in July 2019 on subversion charges, Chinese security agents informed her that she too would be placed under "residential surveillance" on suspicion of similar offenses.

Unlike her husband, Shi had never worked for a nongovernmental organization, and she couldn't understand the charges, she said in an interview. But the officers maintained she was being investigated and instructed her to hand over her ID card, passport, driver's license, social insurance card, cellphone, computer and bank cards.

Shi, who remained under house arrest for 180 days, was terrified primarily about the implications for her 3-year-old daughter. "As a mother, if you cannot protect your child and give her freedom from fear — it scares me to death," she said. Her husband was handed a five-year prison sentence in July 2021.

Chinese law enforcement's use of house arrests or "residential surveillance" has risen sharply under President Xi Jinping, according to research by Safeguard Defenders, a nonprofit focused on rule of law in China, released on Tuesday. The group's estimates suggest over a quarter of a million officially approved instances of house arrest take place each year, up from fewer than 10,000 in 2013.

Chinese legal scholars argue the measure is meant to function as a less invasive alternative to pretrial detention for special cases such as suspects in poor health. However, testimonies gathered by Safeguard Defenders suggest that house arrest is often misused to threaten and silence Chinese human rights activists and their families.

"It has become a flexible tool that the police have impunity to use however they want," said Peter Dahlin, director of Safeguard Defenders. Some uses of "residential surveillance" may be a better option for suspects than being held in detention centers, but revisions to China's criminal procedure law in 2012 and 2018 have made the measure more invasive and opened it up to misuse because of minimal judicial review requirements, he said.

Safeguard Defenders' tally of official "residential surveillance" cases recorded in the Supreme People's Court's online judgment database shows an increase from 5,549 in 2013 to at least 40,184 in 2020. Incomplete data for 2021, caused by a delay between rulings and cases appearing in the database, showed that at least 15,403 instances of house arrest had been logged so far.

Only a portion of China's total legal cases are recorded in the database, and it rarely includes politically sensitive cases such as those touching on national security or involving dissidents and human rights activists. In recent years, some verdicts deemed unsuitable for public attention have begun to disappear.

When assuming that only two-thirds of cases appear and some cases of residential surveillance are never tried, Safeguard Defenders estimated that unrecorded house arrests could be at least triple the number of cases in the database. The group therefore predicts that the number of lawful instances could pass 1 million at some point in the next three years.

Chinese human rights lawyer Tang Jingling sees the increased use of house arrests as another piece of the expanding security state that can be turned on activists at any time. "To surmise the purpose, it is to eliminate any kind of civil resistance," he said. "There is basically no space to challenge authorities once you are confined."

In 2011, when Tang was detained on suspicion of inciting subversion, his wife, Wang Yangting, was held under what Tang called illegal house arrest for months, despite not being accused of any crime.

Tang said that she "couldn't contact the outside world, nor was she allowed to leave home." Heavyset men were stationed at the door around-the-clock to watch his wife. Even his mother-in-law, who lived with them for part of the time, needed a permit to go shopping.

China's Ministry of Justice declined to answer faxed questions about the practice, including how many cases of residential surveillance are officially approved a year, the strictness and invasiveness of such detentions, and allegations from rights activists that they were subjected to extended house arrest without being given official notice.

"Residential surveillance" sits on the spectrum of tools of monitoring and control used by the Chinese security state to target dissidents. Some are relatively benign, if intrusive, such as a practice of "vacationing" high-profile activists during important political meetings, when security agents escort them to remote regions of the country so they cannot stage protests.

At the more severe end of the scale are measures of detention and interrogation with minimal oversight that human rights groups allege allow abuses and torture. These include "residential surveillance in a designation location" — a form of pretrial detention during which police hold a suspect for up to six months in often off-books locations including converted hotel rooms known among activists as "black jails."

In theory, house arrest is meant to be a softer version of this detention method. Du Xuejing, a professor of policing studies at the Shanghai University of Political Science and Law, argued in a recent article that "the legislative intent of residential surveillance is to avoid … detention and excessive restriction of the personal freedom of the criminal suspect."

However, some activists subjected to house arrest allege that the system was used arbitrarily, sometimes without apparent official approval.

Xu Wu, a former employee of Wuhan Iron and Steel Corporation who repeatedly sued the company over wage cuts, said in an interview that he has been under house arrest since he was released from a psychiatric hospital over a decade ago, with a dozen security cameras and a group of security officials guarding his sixth-floor apartment.

"I have been living in this small prison since 2011," he said. "There is no lawful notice saying that I am under house arrest. They still say nobody is watching me."

The Washington Post's Lily Kuo and Vic Chiang in Taipei, Taiwan, contributed to this report. 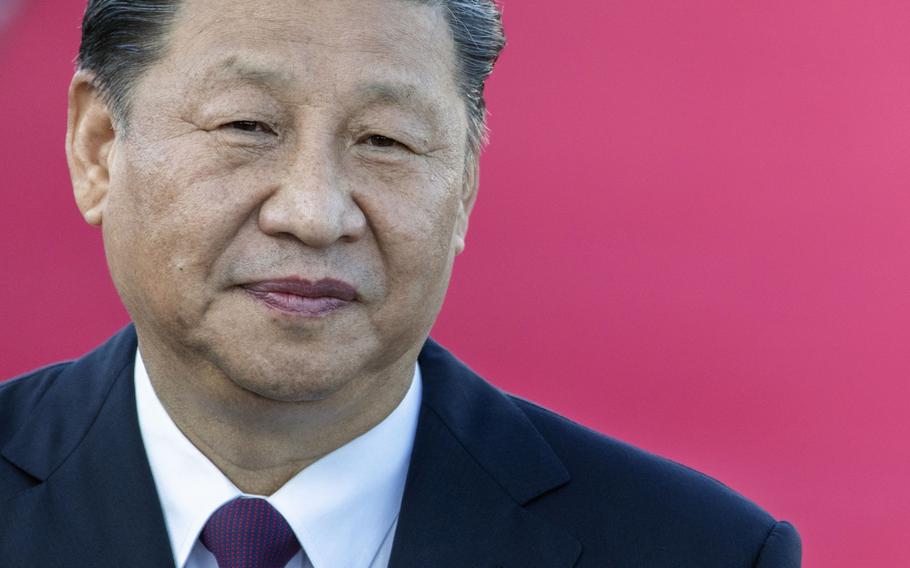