Tokyo, Moscow reach agreement on handover of Kazu I victims 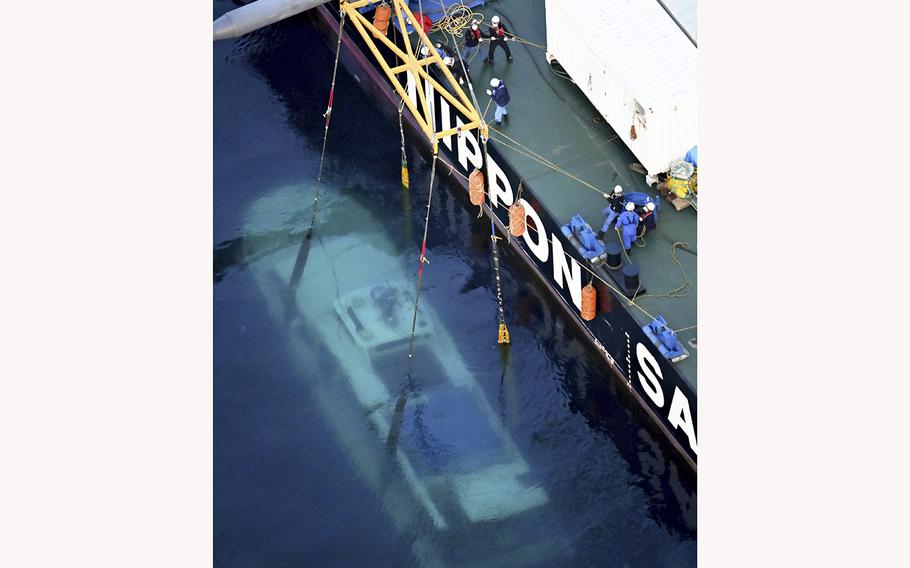 The Kazu I sightseeing boat is raised from the sea by a salvage vessel in May, 2022. (Japan News-Yomiuri)

TOKYO — Japan and Russia have reached an agreement on the handover of three bodies found following the sinking of a boat in waters off Hokkaido in April, it was learned Saturday.

The three bodies are believed to be those of victims who were aboard the Kazu I sightseeing boat that sank off the Shiretoko Peninsula in Hokkaido in April.

According to the Japan Coast Guard, the Russian side notified the Foreign Ministry on Tuesday of its intention to hand over the bodies. The two sides are negotiating the timing of the handover, which is expected to happen in September at the earliest. A JCG vessel will receive the bodies at the southern Sakhalin port of Korsakov.

The bodies of a man and woman were discovered in May on the western coast of Kunashiri Island in Japan's northern territories, which are occupied by Russia. The body of another man was later found in southern Sakhalin.

DNA testing conducted by the Russian side found matches with three people who were aboard the Kazu I on the day it sank.