Piracy, other maritime crimes are focus of Navy-led training involving 20 other nations 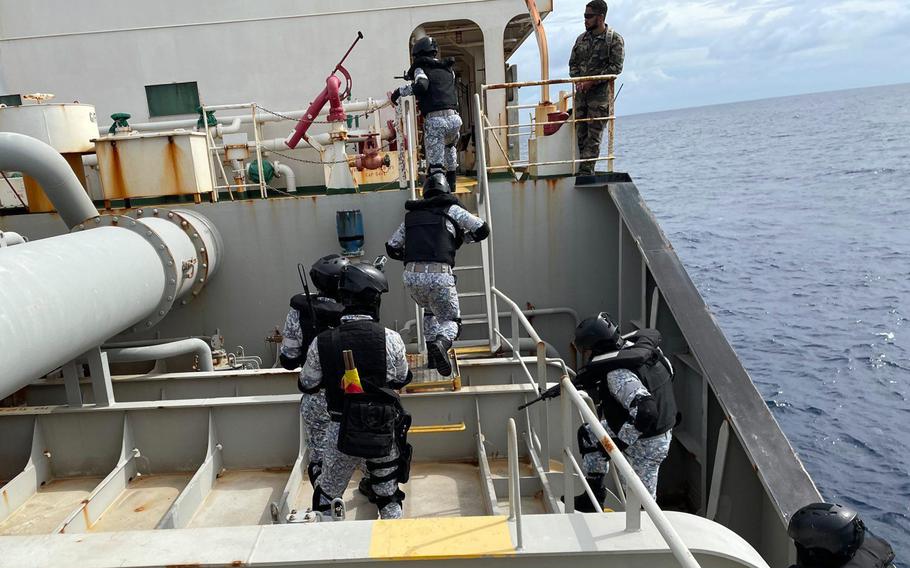 Piracy, once a plague on the seas of Southeast Asia, is waning, thanks in part to multinational training led by the U.S. Navy, the commander of Destroyer Squadron 7 said Thursday.

Naval forces from 21 countries concluded 10 days of exercises Friday in which sailors trained to combat piracy, drug smuggling, human trafficking and illegal fishing in their countries’ waters. The Southeast Asia Cooperation and Training exercise, or SEACAT, kicked off in Singapore on Aug. 16.

The annual exercise aims to create international cooperation, a key tenet of American strategy in the Indo-Pacific to counter an assertive China as well as reduce lawless behavior across the region. Although China isn’t mentioned in public pronouncements by the Navy, it uses key phrases that intersect with its response to the rising Asian giant.

“The maritime domain is the lifeblood of the global economy and must remain free and open to function properly,” said the commander of the U.S. 7th Fleet, Vice Adm. Karl Thomas, in opening remarks Aug. 16. “Our respective governments have all independently decided that it is also within our national interests to uphold the international norms that govern the maritime domain, and which are applied without prejudice for the benefit of every nation.”

In one scenario, a team of eight Royal Malaysian Navy sailors stormed a commercial oil tanker in the Strait of Malacca on Tuesday to foil a possible takeover by armed terrorists.

“I would say the biggest challenge that we probably face is making the training realistic enough to give each country an opportunity to grow during it without making it so hard that they can't get something from it,” the commander of Destroyer Squadron 7, Capt. Tom Ogden, told Stars and Stripes by phone Thursday. 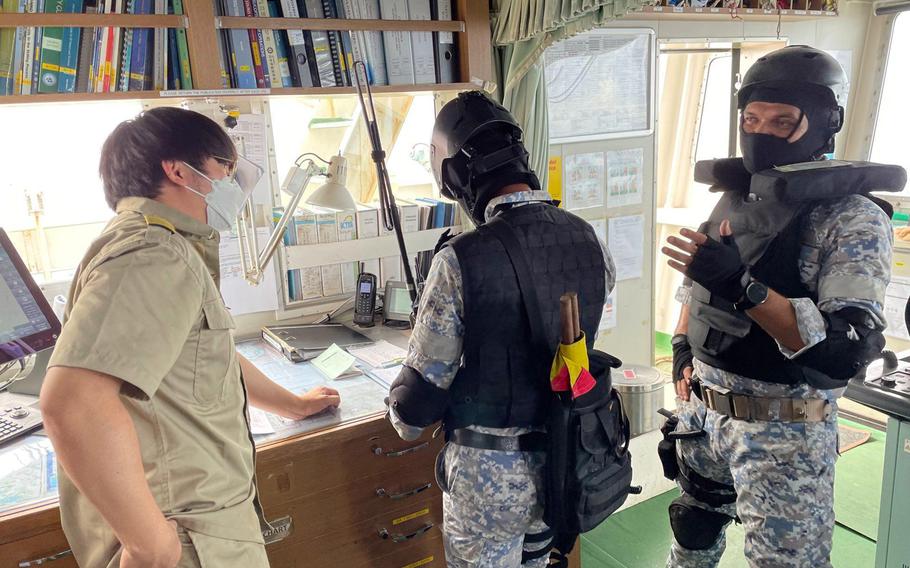 The Southeast Asia Cooperation and Training exercise, or SEACAT, kicked off in Singapore on Aug. 16, 2022. The annual exercise aims to create international cooperation, a key tenet of American strategy in the Indo-Pacific to counter an assertive China as well as reduce lawless behavior across the region. (U.S. Navy)

This year’s SEACAT also marked a “welcome return to normalcy” as the first opportunity in two years to conduct the exercises in person rather than virtually, according to the destroyer squadron’s spokesman, Lt. j.g. Mohammad Issa.

“We’ve been able to accomplish more together in-person, while also being able to fall back on virtual skills gained during the COVID-19 pandemic,” he said in a Wednesday email.

The first half of the exercise included seminars on subjects such as search and seizure protocols, unmanned aerial systems and understanding the complexities of ensuring a secure maritime environment. The U.S. Coast Guard Maritime Security Response Team scheduled two days of workshops, for example, on visit, board, search and seizure procedures, Issa said in a Navy news release Aug. 17.

During the second week, the participants moved from the classroom to their ships for live drills at sea, including the oil tanker exercise by the Singapore team.

The results speak for themselves, according to Odgen. He said that by working together to standardize procedures and responses among the participant countries, illegal activities such as piracy are on the decline.

“Piracy is a lot less prevalent in this [area of responsibility] than it was 20 years ago, and that’s due to national responses to it,” Ogden said. “The Republic of Singapore Navy, the Indonesian navy and the Malaysians have done a terrific job in responding to piracy over the last couple of decades and have kind of stomped that problem out.”

However, illegal fishing and drug smuggling, for example, remain serious problems in the region. The Biden administration called unregulated fishing one of the “greatest threats to ocean health” and a significant cause of overfishing, according to a June 27 National Security memorandum on illegal, unreported and unregulated fishing. Illegal fishing is often connected to forced labor and other crimes, the memo noted.