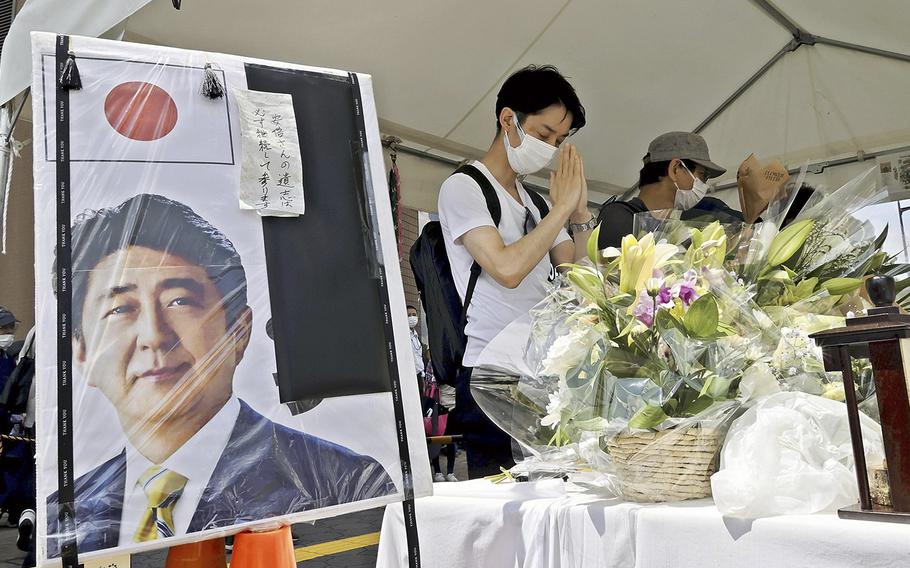 People offer prayers in Nara City in July at a floral tribute stand set up near the site of the fatal attack on former Prime Minister Shinzo Abe. (Japan News-Yomiuri)

TOKYO - Members of a citizens' group filed a lawsuit Friday in Osaka District Court seeking an injunction against a planned state funeral for former Prime Minister Shinzo Abe, claiming that the event has no legal basis and is unconstitutional.

The government decided at a Cabinet meeting that the state funeral will be held on Sept. 27. Based on the Establishment of the Cabinet Office Law, the government said it could conduct the ceremony without approval by the Diet.

The plaintiffs argue that the law does not provide a basis for holding the state funeral and that it is an illegal use of government funds. They also claim that holding the state funeral violates the Constitution, which guarantees freedom of thought and conscience and equality before the law. A request for a provisional injunction was also filed with the district court at the same time.