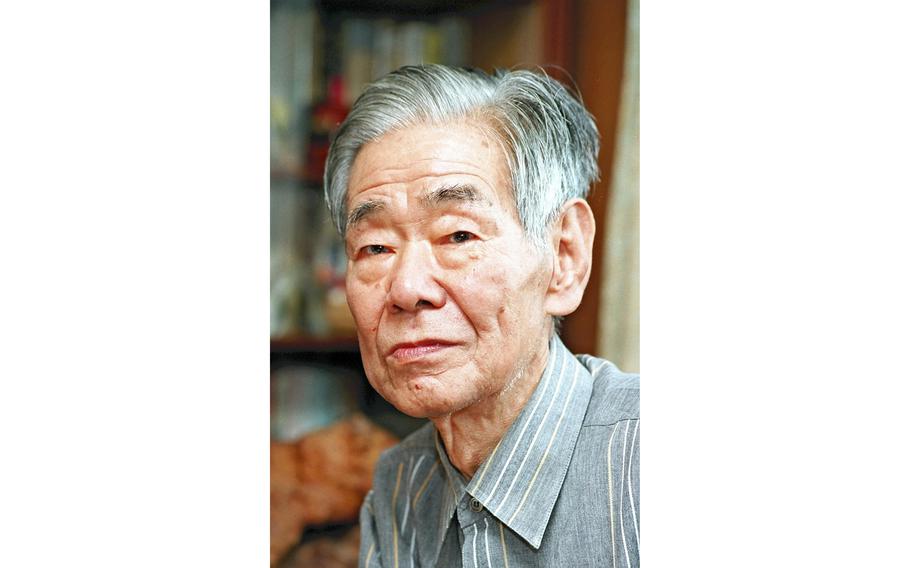 Shoichi Yokoi is a former Japanese soldier who held out for 27 years in the jungles of Guam after the end of World War II. (Japan News-Yomiuri)

Audio recordings of Shoichi Yokoi — the former Japanese soldier who held out for 27 years in the jungles of Guam after the end of World War II — have been obtained by The Yomiuri Shimbun.

The recordings, contained on 14 cassette tapes and lasting about 25 hours in total, were made in or around 1973, the year after he returned home.

Yokoi (1915-1997) returned to Japan after being found by locals in 1972. After arriving in Japan, he said, “It is with much embarrassment that I return,” which instantly became a popular saying in the country.

The tapes, which were kept at his home in Nagoya, are believed to have been recorded when he narrated his experiences to a publisher. In the recordings, Yokoi recounts his wartime battles and life in the jungles, as well as his loneliness, despair and how he clung to life prior to being discovered.

Yokoi was working as a tailor’s apprentice in Aichi Prefecture when he was drafted in 1941. He was posted to Guam in March 1944. While helping build his team’s position, the U.S. fleet began bombarding the island. “Naval bombardment would last for over 20 hours a day,” Yokoi said. “They would only stop three times a day to eat. The firing was relentless.”

U.S. forces landed on Guam on July 21, 1944, and after about three weeks occupied the whole island. The Imperial Japanese Army forces on Guam were crushed, with surviving Japanese soldiers, including Yokoi, separating and fleeing into the jungles.

“There was nothing to eat,” Yokoi, recalled. “We caught a frog to make a soup stock.” 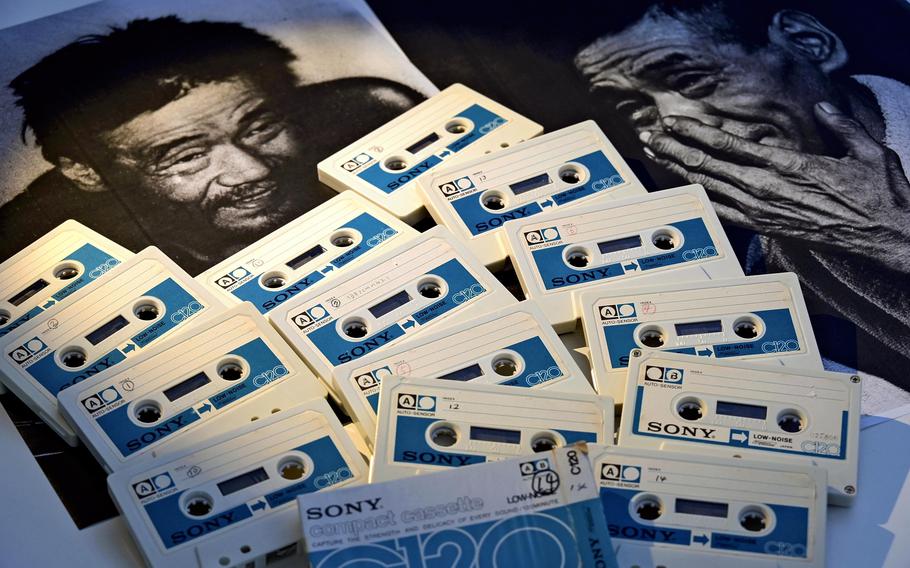 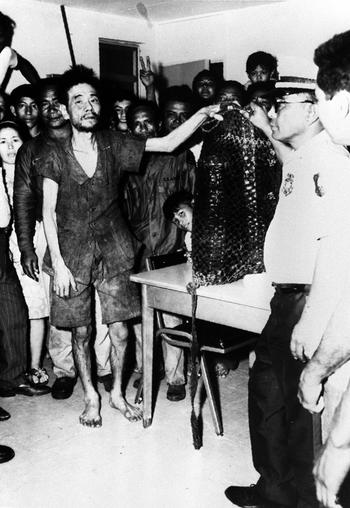 Shoichi Yokoi is seen shortly after being found on Guam in 1972. (Japan News-Yomiuri)

The war ended with Japan’s defeat in August 1945. Japanese-language leaflets outlining the content of the Potsdam Declaration were dropped on the island, calling on Japanese soldiers to surrender.

“It was written in plain Japanese, saying, ‘The fighting is over, so return home swiftly,’” Yokoi recounted. “But I didn’t believe that Japan had surrendered and took it as an American plot.”

Even after the war ended, Yokoi and others continued hiding in the jungles, digging underground shelters while erasing their footprints as they moved from place to place.

Nearly 80% of Yokoi’s recorded testimony pertains to his time in hiding, he touches only briefly upon his earlier life or his time fighting.

After a “slight misunderstanding” he parted company from the last two of his surviving companions. Upon revisiting their underground shelter much later, he found them lying dead, side by side.

“If I’d stayed with them, they wouldn’t have undergone such hardship,” Yokoi said. “It was a sin on my part to overlook them and leave them to die.”

For the next eight years, Yokoi was totally alone. He suffered from malnutrition and a stomach ulcer. He began to muse on his forlorn life with no one to turn to for help. He also thought about his fate and his sentiments toward his family.

“It was infuriating to take the trouble to die as I’d managed to cling on to life for so long,” he said. “It was my role to report as a living witness [about my experiences in Guam]. I was made to live on to deal with the aftermath of the war, I thought.”

Yokoi later gave lectures on the need to live a simple, frugal life. He led a quiet life and, in his final years, enjoyed making ceramics.

Shortly before he died in 1997 at the age of 82, Yokoi reportedly told his wife: “I felt sorry that I came back alive, alone. I wanted to come back together with them [his companions who died in the underground shelter].”