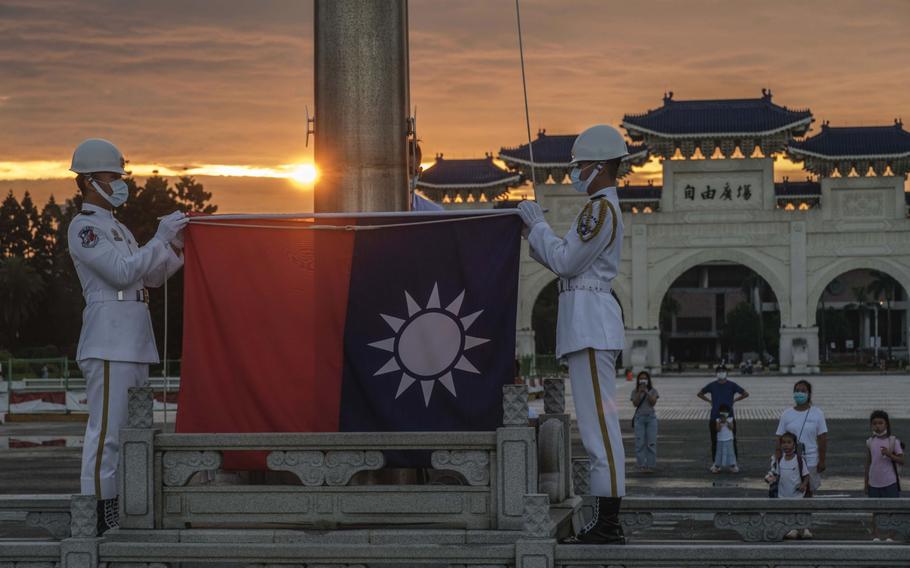 Soldiers lower the Taiwanese flag during a ceremony at the Chiang Kai-shek Memorial Hall in Taipei, Taiwan. on Aug. 4, 2022. (Lam Yik Fei/Bloomberg)

China accused Taiwan's ruling party of damaging the chances of peaceful unification, as authorities in Beijing attempted to keep the pressure on Taipei a week after U.S. House Speaker Nancy Pelosi's visit.

The Democratic Progressive Party helmed by President Tsai Ing-wen must change course to reduce tensions, the Taiwan Affairs Office in Beijing said, in its first white paper published since President Xi Jinping took power. The report said DPP leaders deepened the dispute by refusing to accept that both sides belong to "one China."

China won't rule out the use force to unify the two sides, the paper said, reaffirming the Communist Party's long-stated position that it would reserve all necessary options.

The paper comes days after China held unprecedented military drills around Taiwan in the wake of Pelosi's visit to the island, including likely firing missiles over Taipei. While no invasion seems imminent, the escalation has raised fears around the region about a miscalculation that could lead to a wider conflict. 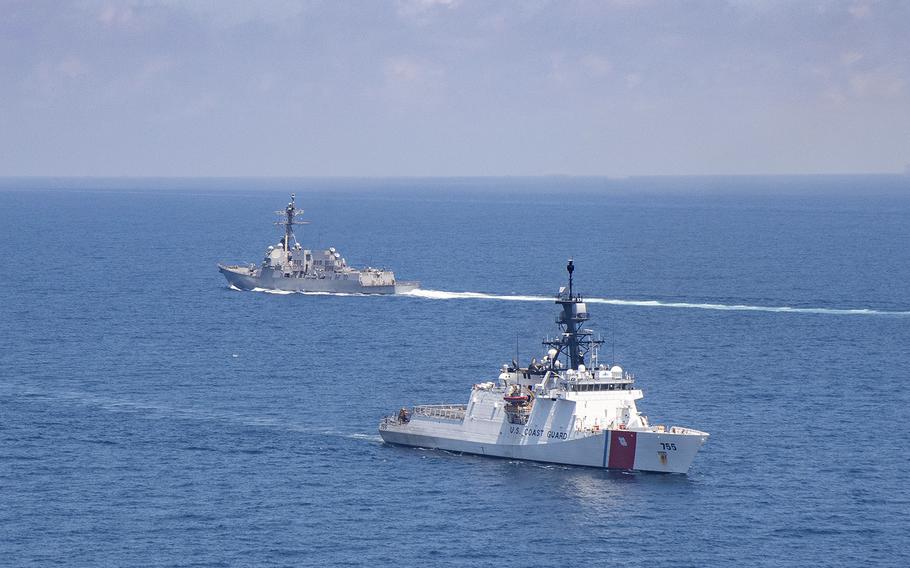 The DPP was founded on the promise of independence, and refuses to accept that both sides belong to "One China." Still, Tsai — who met with Pelosi last week — has avoided any moves to formally declare independence, saying any such move is unnecessary because she already leads a de facto independent state.

"China issued its white paper this morning in a wishful thinking way, disregarding the reality of the cross strait," Tsai said Wednesday afternoon, speaking in her capacity as DPP chair. She added that Taiwanese people would not cave on safeguarding their sovereignty.

Tensions with China could affect local elections planned across Taiwan in November. The DPP suffered widespread losses to the opposition Kuomintang during similar polls in 2018, only for Tsai to win a convincing reelection victory a year later, fueled in part by her criticism of China's crackdown on Hong Kong.

The KMT's vice chairman, Andrew Hsia, began a visit to China on Wednesday, a move Tsai condemned as "disappointing to Taiwanese people" and sending "an erroneous message to the international community." The KMT oversaw an expansion of ties with China under the "one China" framework before her election in 2016.

"The main goal is to understand the difficulties that many Taiwanese businessmen and students faced over the years due to Covid-19 and cross-strait relations," Hsia said. "I think the timing is never right for MAC. Whether it's a good timing or not depends on whether you want to do it or not."