US strengthens military ties to Indonesia as tensions grow with China 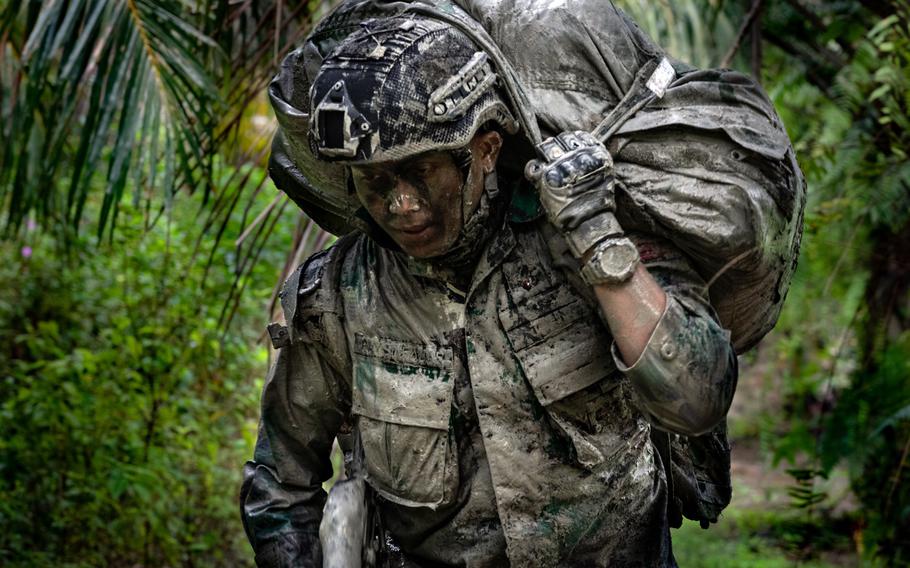 Super Garuda Shield, which kicked off Aug. 1 and ends Sunday, includes smaller contingents of troops from a dozen other nations. It’s the largest installment yet of an exercise held annually for 16 years, according to an Army news release Thursday.

The exercise began with soldiers from the United States, Indonesia and Japan parachuting Wednesday into a training area on the island of Sumatra.

Sumatra — the largest of Indonesia’s 17,000 islands that is completely within the country’s territory — sits on the equator and is covered in vast rainforests that are home to tigers, elephants, orangutans and rhinoceroses.

Troops who have served in the Middle East may recognize the Islamic call to prayer echoing from mosques during the training. Nearly nine in 10 people in the country with 275 million citizens are Muslims. 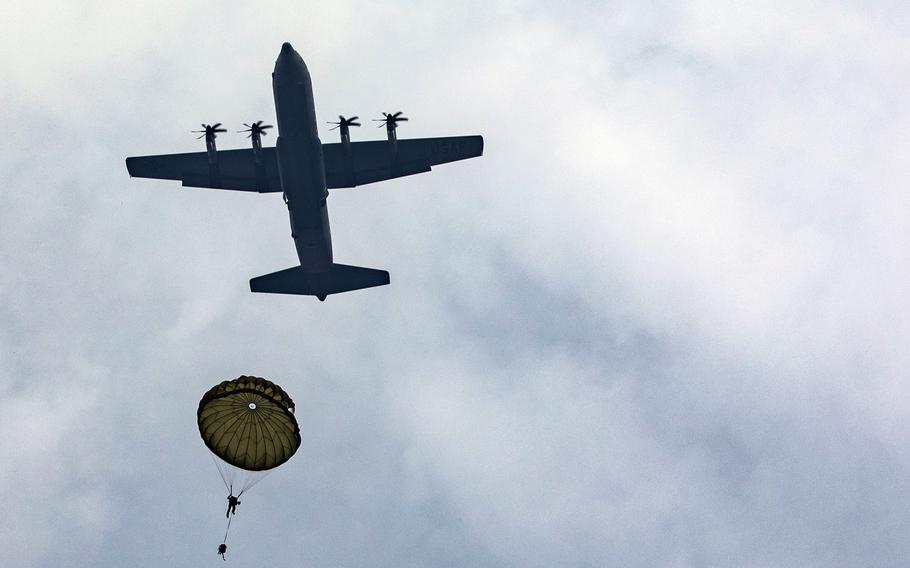 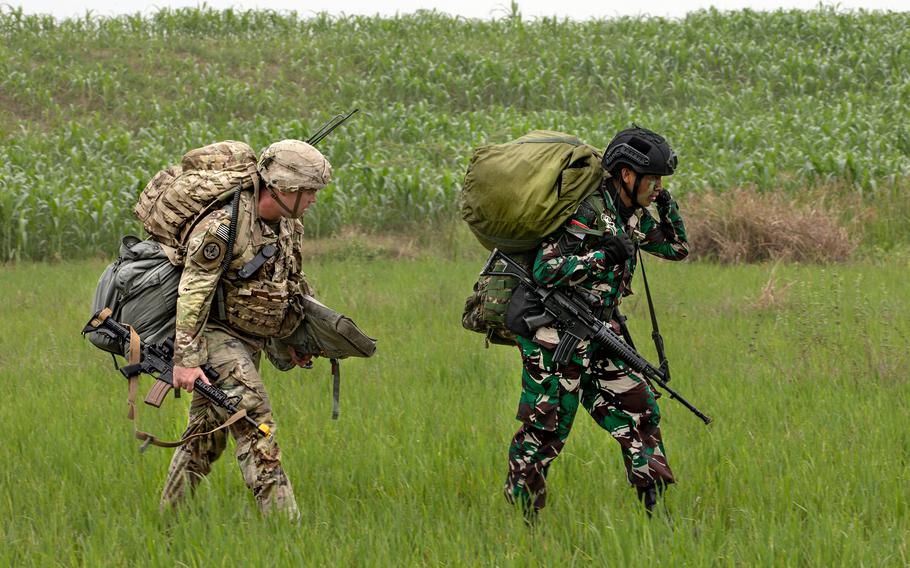 The airborne operation, which involved three C-130J Super Hercules from the 374th Airlift Wing deployed from Yokota Air Base, Japan, coincided with amphibious training by members of the Okinawa-based 31st Marine Expeditionary Unit alongside Indonesian soldiers on Singkep Island, just 20 miles north of Sumatra and south of Singapore.

The amphibious operation happened near a key gateway to the South China Sea, where Beijing has territorial claims that Indonesia does not recognize. The two nations have clashed over fishing rights in recent years.

“Obviously, the South China Sea is a potential conflict area although China has been less aggressive when it comes to Indonesia than other closer [Southeast Asian] neighbors,” Ralph Cossa, president emeritus of the Pacific Forum think tank in Hawaii, said in an email Monday.

Nobody involved in Garuda Shield is likely to say that the training is aimed at China, he said.

“China is certainly in the back (or front) of everyone’s mind, especially after the events around Taiwan of the past few days,” Cossa said, referring to Chinese military drills near the island after last week’s visit by U.S. House Speaker Nancy Pelosi.

Indonesia is unlikely to be an arena of conflict involving China, although both Washington and Beijing probably wish for strong ties with Jakarta given its ability to help shape politics in Southeast Asia and beyond, said Ian Chong, an associate professor of political science at the National University of Singapore.

Indonesian President Joko Widodo recently went to Beijing as the first major foreign leader to visit China since the Winter Olympics earlier this year, Chong said in an email Monday.

“In the event of a conflict, Indonesia’s geographic position and growing capability, means that it is in a position to complicate access, communications, and logistics for both the United States and [China],” he said. “Such conditions create incentives for Beijing and Washington to reach out to Jakarta.”

Indonesia was a Dutch colony from the 17th century until the Japanese invasion and occupation during World War II, which led to the country’s independence after Japan surrendered.

This month’s military exercise helps underscore Indonesia’s position as a key regional partner that can bring together neighboring states in Southeast Asia, he added.

The nations participating in the exercise have an opportunity to deepen ties with Indonesia, particularly its military, Chong said.

Australia, Japan and Singapore are taking part in Super Garuda Shield alongside the U.S. and Indonesia; Canada, France, India, Malaysia, South Korea, Papua New Guinea, Timor Leste and the United Kingdom have sent observers to the exercise, according to the Army release.

“Through the exercise, Indonesia also offers a platform for the different militaries to engage in a different setting and learn more about working with each other,” Chong said.