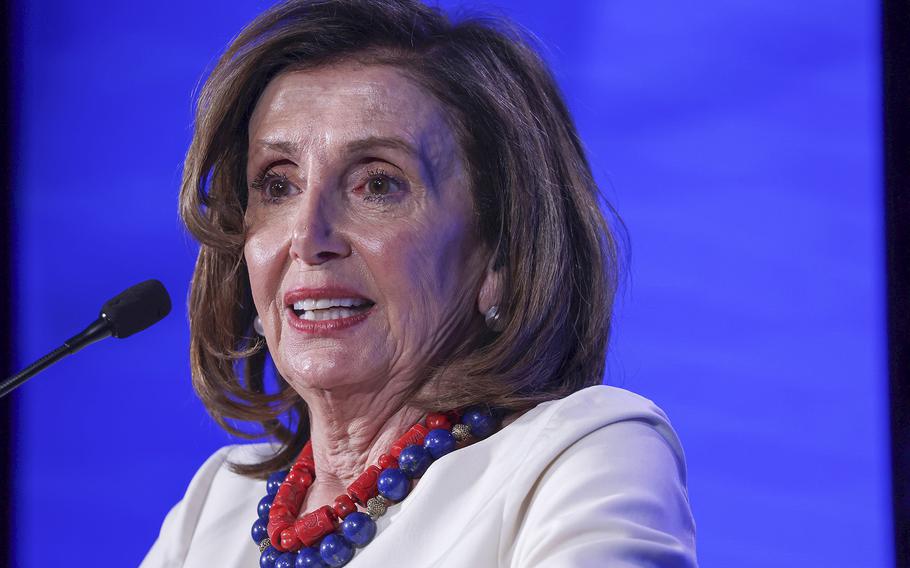 WASHINGTON (Tribune News Service) — House Speaker Nancy Pelosi's trip to Asia in early August is set to include stops in Japan, Indonesia and Singapore, but a potential Taiwan visit that has already exacerbated U.S.-China tensions remains off the official itinerary, according to a person familiar with the matter.

Malaysia is another potential stop, according to the person, who asked for anonymity to discuss the closely held plans.

Pelosi has refused to discuss her travel schedule, citing security concerns, and there's been no official announcement that she plans an overseas trip.

Chinese Foreign Ministry spokesman Zhao Lijian said Monday that Beijing was getting "seriously prepared" for the possibility that Pelosi could visit the self-governing island, which China considers part of its territory. Pelosi is second in line to the presidency and would be the first House speaker to visit Taiwan since Republican Newt Gingrich did so in 1997.

President Joe Biden is set to speak with Chinese leader Xi Jinping on Thursday amid these fresh tensions over Taiwan, according to people familiar with the matter. Biden told reporters last week that the U.S. military didn't think Pelosi's trip was a good idea, prompting consternation in Taiwan.

But lawmakers in both parties are encouraging Pelosi to make the stop in Taiwan, saying not doing so following China's protestations would amount to acquiescing to Beijing. House GOP Leader Kevin McCarthy said Tuesday night that he believes Pelosi "shouldn't back down now" from any plans to visit Taiwan.

McCarthy offered that he'd "love" to lead a bipartisan delegation to Taiwan, should Republicans take over control of the House and he becomes speaker next year.