Scorching temperatures across China are straining power grids as the country tries to ramp up industrial activity to support the economy, while farmers are scrambling to save crops such as rice and cotton from the impact of the searing heat.

Several regions have already posted record power demand and have cut electricity to factories at peak hours to make sure enough is available to keep air conditioners running. Rice crops and fruit and vegetables in Southern China are at risk of being damaged by the heat, and melting glaciers are causing floods in the cotton-growing regions of Xinjiang.

The disruptions in the world’s No. 2 economy are yet another sign of the risk posed by increasingly frequent extreme weather events caused by climate change. India, Europe and the United States have also been ravaged by heat waves this summer.

The heat is testing China’s ability to keep its factories running, from the eastern manufacturing center of Zhejiang that borders Shanghai to the technology hub of Shenzhen in the south. Several regions have enacted so called “orderly consumption” that calls for low-priority factories to reduce use during peak hours to ensure supply for residents.

China has so far avoided the widespread power curtailments that hit the country last fall when there was a nationwide shortage of coal. The authorities have expressed confidence that the current situation is manageable, not least because the supply of coal is much higher after miners were ordered to raise production to record levels.

“After entering July, as the economy grows and temperatures rise amid the global wave of persistently hot weather, our electricity consumption and power load are also growing rapidly,” He Yang, director of the power department at the National Energy Administration, said at a press conference on Wednesday. “The supply and demand of electricity in the country is still stable and orderly.”

Extreme temperatures have been affecting different regions in China for more than a month now, resulting in fatal heat strokes in places including Sichuan and Zhejiang provinces. The focus is now on southern China, where hot weather is expected over the next 10 days, with temperatures rising above 40 degrees Celsius (104 degrees Fahrenheit) on Wednesday and Thursday, according to the China Meteorological Administration.

Officials in several areas have warned residents to stay inside when they can and limit physical exertion. A water park in Chongqing rented out ice buckets that tourists can sit in while they play mahjong.

The nation’s power demand reached all-time highs in mid-July and it’s expected that it will continue to rise through early August, He said.

China Southern Power Grid Co., which provides power for China’s five southernmost provinces including economic powerhouse Guangdong, said power generation hit a record 223 gigawatts on Monday, 3% higher than last year’s peak. Every additional degree of heat requires as much as 5 gigawatts of extra capacity in the region, according to a grid official.

The western region of Xinjiang is also facing blistering temperatures, forcing farmers and local governments to take swift actions to protect cotton and other crops, mostly by increasing irrigation, according to a Global Times report. High temperatures are accelerating glacial melting in mountainous areas, leading to flash floods, mudslides and landslides in many places.

China expects its energy demand to grow in the second half of the year after various measures to stimulate the economy, leading to another surge in coal, gas and power demand in the winter, said Li Fulong, director of the planning and development division at the NEA. Energy firms are implementing plans to ensure supply, including injecting as much gas as possible into storage sites, he said. 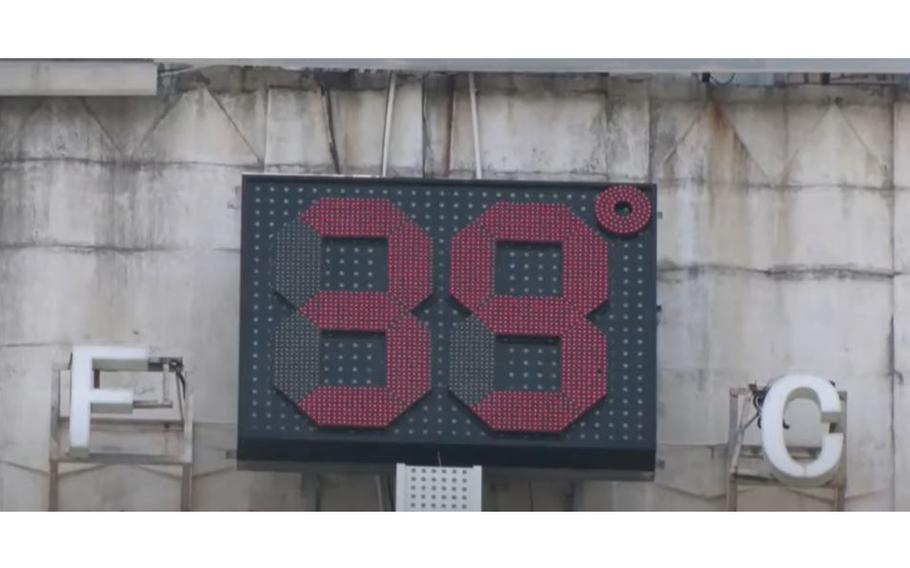 Scorching temperatures across China are straining power grids as the country tries to ramp up industrial activity to support the economy, while farmers are scrambling to save crops such as rice and cotton from the impact of the searing heat. (Screen capture from YouTube)