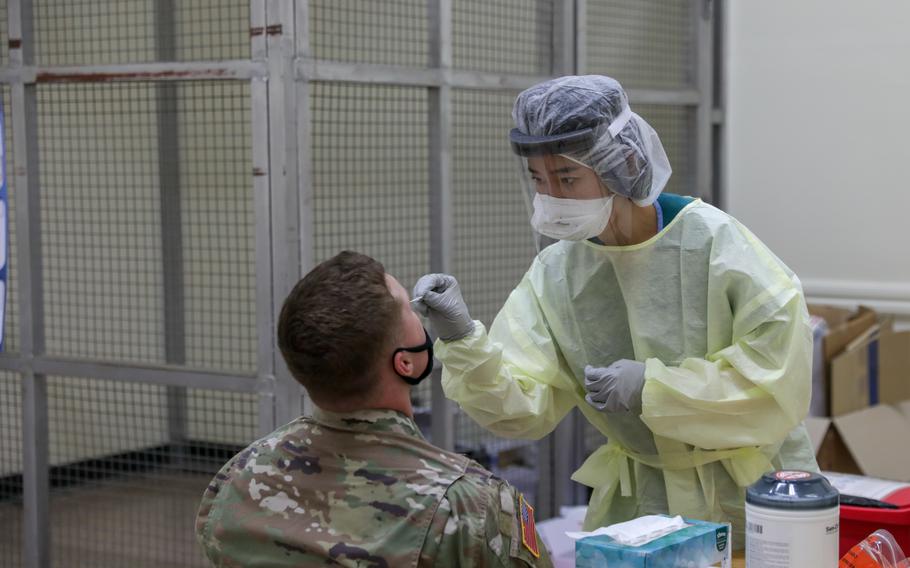 CAMP HUMPHREYS, South Korea — New COVID-19 cases among U.S. military personnel stationed in South Korea have nearly tripled as infections in the country have soared to levels not seen since May.

U.S. Forces Korea counted 157 new infections in the week ending Monday, according to an update on its website. Nine of those cases were people who recently arrived on the peninsula.

The command reported 56 new cases from June 28 to July 4, close to the previous low for the year thus far of 50 infections between June 14 and 20.

South Korea reported 40,266 new cases on Tuesday, up from 19,371 from the same day the previous week, according to the Korea Disease Control and Prevention Agency.

South Korea’s caseload has jumped to levels not seen since it lifted its outdoor mask mandate in May. The KDCA reported its one-day record of 621,328 new infections on March 17 and 18.6 million cases since the start of the pandemic in 2020.

The surge is due to COVID-19’s omicron subvariant, BA.5, which “is starting now faster than we expected,” Prime Minister Han Duck-soo said during a meeting Wednesday at the Central Disaster and Safety Countermeasures Headquarters.

The BA.5 and BA.4 subvariants represent 80% of new COVID-19 cases in the United States and preliminary studies indicate they “may have some increased ability to escape immunity, including from prior infections,” according to a fact sheet from the White House on Tuesday.

“The virus is smuggled into the crack or chance of inattention,” Han said. “Again, the government calls upon the people to thoroughly maintain the basic COVID-19 prevention and control guidance.”