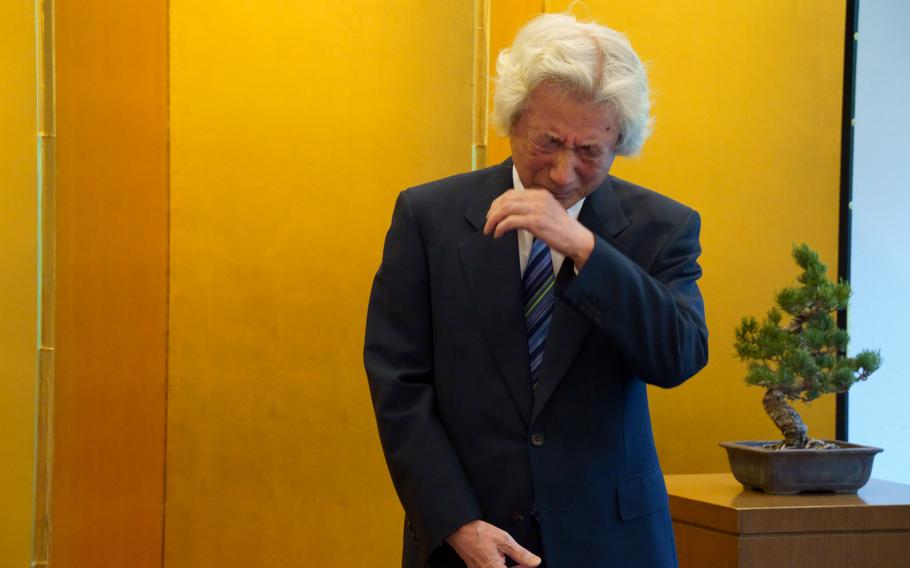 TOKYO – A former Japanese prime minister, delivering a $1.5 million donation to the American Red Cross on Thursday, was moved to tears remembering U.S. sailors’ service to his country 11 years ago during the Tohoku earthquake and tsunami.

Junichiro Koizumi, prime minister from April 2001 to September 2006, praised the sailors during a speech at the International House of Japan before handing over a ceremonial check from his foundation.

Koizumi in 2016 met the sailors whose health issues they say arose from their service during Operation Tomodachi, the relief effort following the 2011 earthquake and tsunami and the resulting Fukushima Daiichi nuclear power plant disaster.

In March 2011, more than 20,000 American troops worked alongside their Japanese allies during the emergency response to the magnitude 9 earthquake, the biggest ever recorded in Japan. The resulting massive tsunami that inundated the northeastern coast killed more than 19,000 and caused a meltdown at the nuclear plant.

“All Japanese citizens were aware of the relief efforts made by U.S. forces,” Koizumi said.

Few knew that some U.S. troops may not have worn protective gear during their work, he said.

Koizumi, who is from Yokosuka, homeport of the U.S. 7th Fleet, said he visited the Navy veterans in San Diego and over four days interviewed 10 who participated in the earthquake response.

“Sailors in their 20s and 30s who otherwise would be quite healthy may have been affected by sickness due to their efforts in Operation Tomodachi,” he said Thursday. “These otherwise healthy sailors were beginning to experience problems with their sight and even walking.” 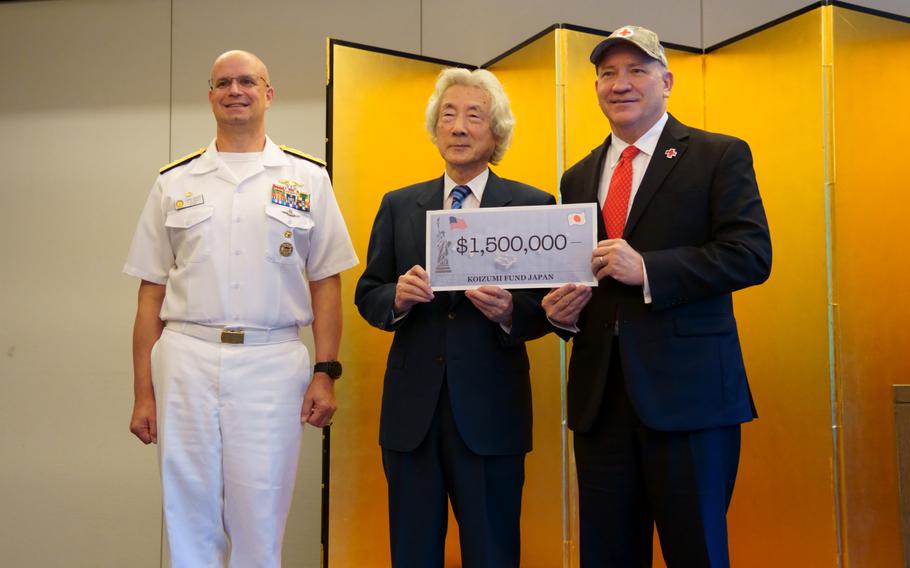 Instead of asking for compensation, the sailors told Koizumi they bore no grudge toward Japan and liked the Japanese people, he said.

“The sailors said they had only fulfilled their responsibilities as members of the U.S. armed forces. The sailors’ words remained in my head for some time,” he said, wiping away tears.

On his return to Japan, the former politician established the Koizumi Fund to raise money for the veterans’ medical costs. In August 2016, he spoke in Osaka at an event organized by architect Tadao Ando that drew in 1,300 people who each donated $100.

The fund has helped about 430 U.S. veterans of Operation Tomodachi with medical costs. Some had filed an unsuccessful lawsuit against the Tokyo Electric Power Co., operator of the Fukushima plant, Julian Victoria, an administrator for the Koizumi Fund, said by phone Friday.

Operation Tomodachi was an example of the close and special relationship between Japan and America, U.S. Naval Forces Japan commander Rear Adm. Carl Lahti told Koizumi at the event Thursday.

“Thank you for your personal involvement and care for the sailors who participated in Operation Tomodachi,” Lahti said.

Randall Bagwell, director of the Asia Pacific Division of the American Red Cross, accepted the check. He told Koizumi the Red Cross helps about 250,000 American service members, veterans and family members each year.

“This money will go to the benefit of service members, veterans and their families in the U.S. military communities like the one in your hometown,” he said. “When you saw a need you took action, and that action has been very meaningful to American service members.”