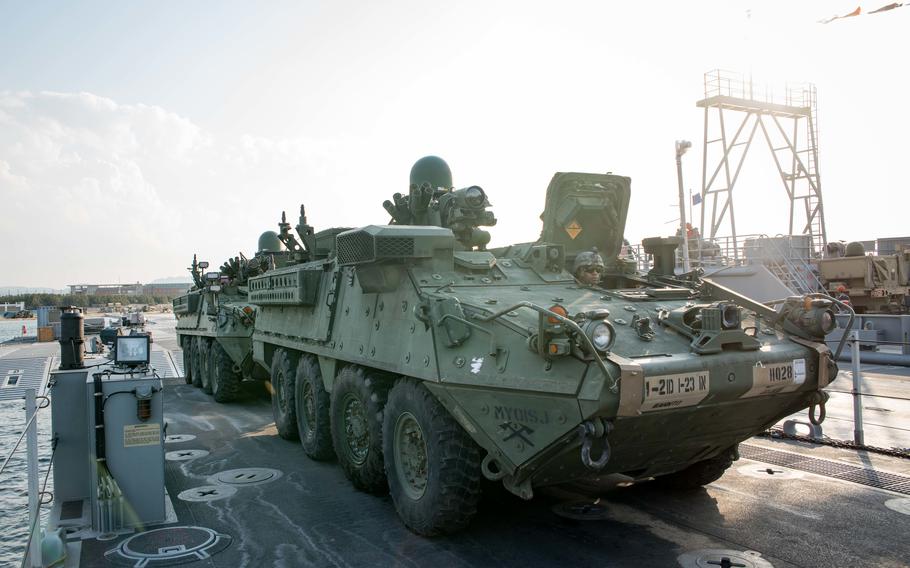 The change will “enable the U.S. to maintain capabilities on the Korean Peninsula to respond to any acts of aggression,” according to an Army news release Friday.

Stryker brigade combat teams consist of roughly 4,000 soldiers and typically operate with less resources and in more adverse terrain and weather than armored teams. They are structured around the eight-wheeled Stryker vehicles that range in configuration based on their mission, such as fire support or reconnaissance.

The existing equipment from the armored brigade combat teams will be maintained and put “in a ready state” as part of the Army’s defense posture in South Korea, the news release said.

Army Secretary Christine Wormuth in May said the Army may “potentially” move its existing Strykers from Alaska.

“We have not made a final decision about that,” Wormuth told Sen. Lisa Murkowski, R-Alaska, during a Senate Appropriations Committee hearing. “But if we do that, we will basically take them and look at the ones we can re-use elsewhere or use for parts.”

Roughly 28,500 U.S. troops are stationed in South Korea, most of them in Camp Humphreys, about 40 miles south of Seoul.