Japan’s top court: Fukushima nuclear-accident ‘could not have been prevented’ 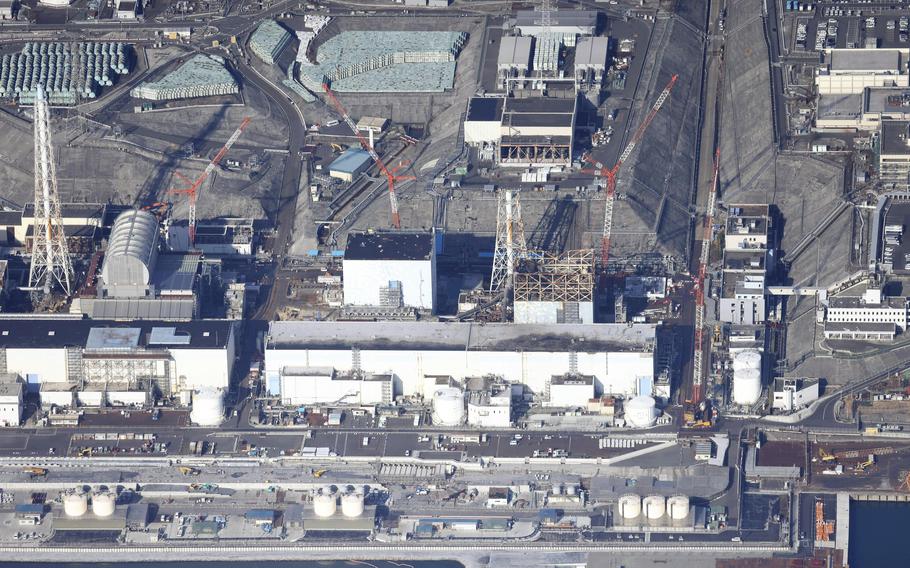 The Fukushima No. 1 nuclear power plant is seen on March 17. (Japan News-Yomiuri)

Japan’s government would not have been able to prevent the nuclear accident at the Fukushima No. 1 nuclear power plant in 2011 because the Great East Japan Earthquake triggered a tsunami of a scale “beyond expectations,” according to Japan’s Supreme Court, which ruled that the state is not liable for damages demanded by people whose lives were devastated by the disaster.

However, some experts have said the court, which exonerated the government without delving into major issues, showed a lack of consideration in the ruling issued on Friday.

The major point of contention in the lawsuit was whether the arrival of such a massive tsunami could have been predicted.

According to a report released by the government’s Headquarters for Earthquake Research Promotion in July 2002 detailing long-term earthquake forecasts, there was a 20% probability of an 8.2-magnitude earthquake occurring within the next 30 years with an epicenter in the Pacific Ocean off the coast of the northern part of Honshu.

On the basis of the forecast, a subsidiary of Tokyo Electric Power Company Holdings predicted that a tsunami as high as 15.7 meters could hit TEPCO’s Fukushima No. 1 plant from the southeast.

Arguments by the plaintiffs and the government centered on the reliability of the assessment, with lower courts divided in their judgments. However, the Supreme Court focused solely on whether the accident could have been avoided.

The Great East Japan Earthquake was a magnitude-9 level quake, the most powerful temblor to hit the country on record.

Earlier calculations predicted that a tsunami 2.6 meters high would hit the facility but in reality, the waves were 5.5 meters high. Also, the tsunami hit the plant from the east, not the southeast.

The Supreme Court’s ruling stated that even if a sea wall had been built on the basis of the long-term assessment and subsequent calculations, the accident would not have been avoided because the scale of the earthquake and tsunami was far greater than expected.

It concluded that the accident occurred when a large amount of seawater entered the plant and caused the loss of power.

The top court ruled that the government was not responsible for the accident, without offering a clear view on the reliability of the long-term assessment or whether the massive tsunami could have been predicted.

“As opinions were divided among the justices, the ruling may reflect their efforts to consolidate their views. But the top court, as the court of last resort, should have given a unified view on major points of contention, including the long-term assessment,” said Shinsuke Toyonaga, a lawyer well versed in litigation related to nuclear power plants.

In fact, the ruling did include opinions that ran counter to the majority view.

Under the Electricity Business Law, if there is a “danger of a nuclear power plant being damaged by a tsunami” the economy, trade and industry minister is authorized to order the business operator to conform to appropriate standards.

The authority is enshrined in law due to the serious nature of nuclear plant accidents, according to Justice Mamoru Miura, who is a former public prosecutor. “Even if the possibility of a tsunami is extremely rare, [the government] should respond appropriately,” Miura said in his dissenting opinion.

According to Miura, the accident could have been averted if a sea wall had been built and if the state had ordered TEPCO to implement preventive measures, such as waterproofing work at its major facilities.

He accused the government of “failing to fulfill its responsibility of researching and comprehending the most up-to-date findings.”

Chief Justice Hiroyuki Kanno, who joined the majority opinion, also referred to the state’s responsibility in a separate opinion, noting that nuclear policy has been advanced as a national policy so the state should bear more responsibility than power companies in the event of accidents.

Kanno also suggested that the government should compensate the victims.

“In determining whether the outcome could have been avoided, the decision was too strict,” said legal expert Kazuo Kitamura, a professor at Ritsumeikan University.

“In light of the risks associated with nuclear power plants, it is possible that measures could have been taken that went beyond those worked out based on the forecasts. I can’t help but think that the ruling was insufficient.”