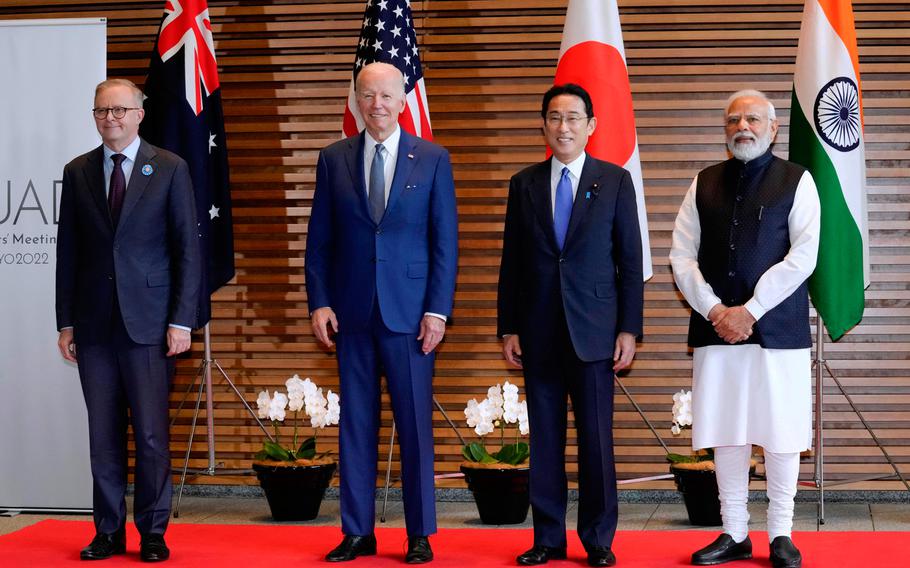 TOKYO - The government has proposed drastic improvements to the nation’s defense capabilities “within five years” in the latest draft of its Basic Policy on Economic and Fiscal Management and Reform.

The Cabinet is expected to authorize the proposal on Tuesday after securing approval from the ruling parties.

How “drastic” the improvements will be and the range of increase in defense spending were not specified in the draft, which was presented at the respective policy research council plenary sessions of the Liberal Democratic Party and Komeito on Friday.

The initial draft also included a footnote stating that NATO members are aiming for defense spending of 2% or more of GDP. That information is included in the body of the text in the latest draft.

In April, the LDP called for a drastic strengthening of defense capabilities within five years, in light of the defense spending targets of NATO member countries.

Former Prime Minister Shinzo Abe said the basic policy should reflect the LDP proposal at a meeting of his faction on Thursday.

At a plenary meeting of the LDP’s Policy Research Council on the same day, the policy draft was not signed off on, with some members suggesting that the scope of the increase in defense spending should also be clearly stated.

Meanwhile, Komeito has left the matter in the hands of its policy chief Yuzuru Takeuchi.