Cats targeted with blow darts, mutilated at US Army base in Hawaii, report says 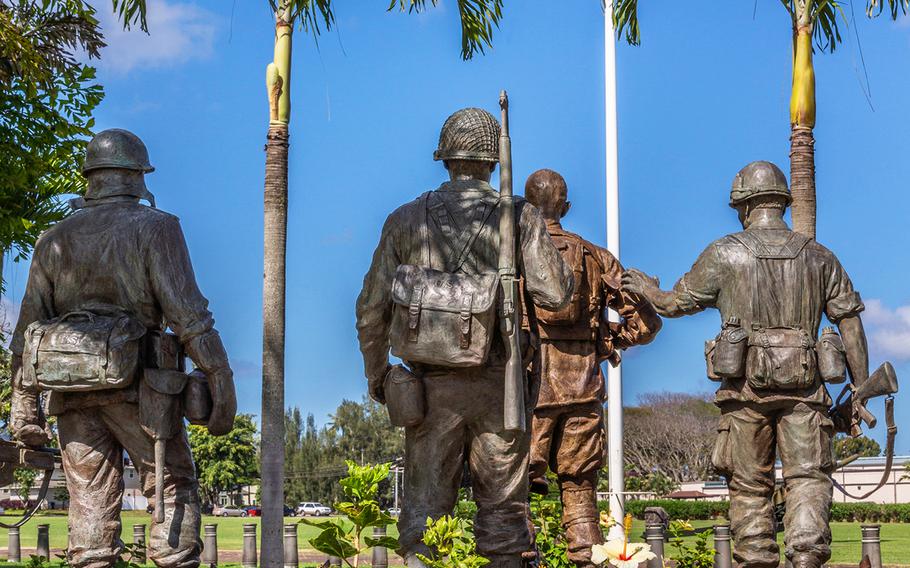 Statues with a flag pole outside Schofield Barracks of the U.S. Army's 25th Infantry Division in Oahu, Hawaii. (Dreamstime/TNS)

(Tribune News Service) — An animal-welfare organization in Hawaii reportedly worries troops stationed at the Schofield Army Barracks in Hawaii could be linked to cats who have been found shot with blow darts, and in a couple of cases, mutilated.

Aloha Affordable Veterinary Services confirmed to KHON they had recently treated a cat named Katness for a dart wound to her neck. Tyson said she’s seen other felines with similar wounds and claimed a pair of cats were found disemboweled near a fast-food restaurant near the Army base. She said it was apparent those animals had been “purposefully mutilated” and not injured in an accident.

A garrison spokesperson told The New York Daily News the Army had heard of cats being abused Thursday and that an investigation was underway.

"This type of behavior is not tolerated on the installation and is not in keeping with our Army values,” that statement said.

According to Tyson, who worries the torturing of cats will continue, military police had been made aware of the issue.

Soldiers convicted of animal cruelty can be dishonorably discharged as well as facing fines and incarceration. The Wahiawa, Hawaii-based unit at the center of the controversy calls itself “The Wolfhounds.”

The Korea Harold reported in late May that at least 10 feral cats had been killed near the Osan Air Base in South Korea by U.S. service members. A TV station there reportedly broadcast what appears to be military personnel firing an air gun at a caged cat in the Pyeongtaek, Gyeonggi Province.

Air Force personnel reportedly said animals that were roaming onto the base, which includes aerial runways, are handled “according to the rules.”