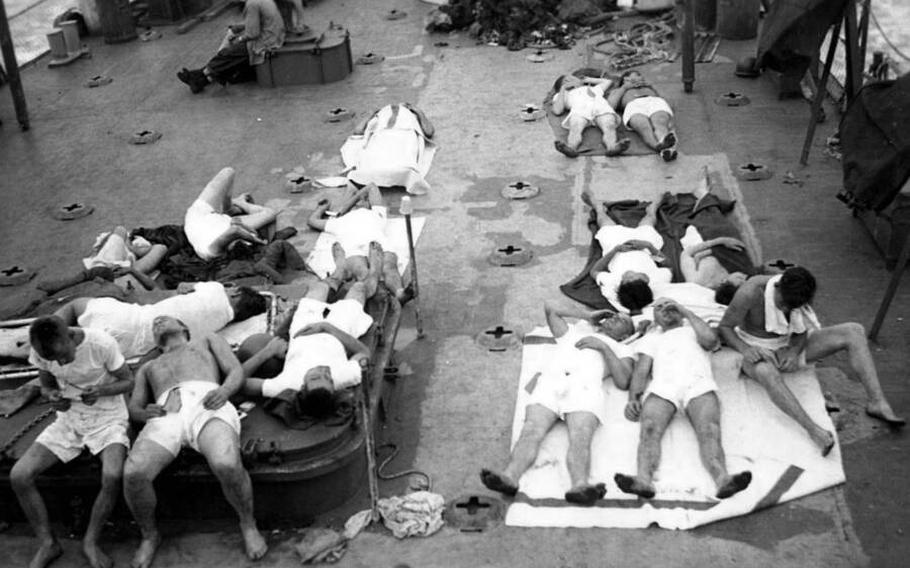 Sailors who survived the sinking of the USS Indianapolis on July 30, 1945, lie on the deck of the USS Bassett after being rescured. (U.S. Navy) 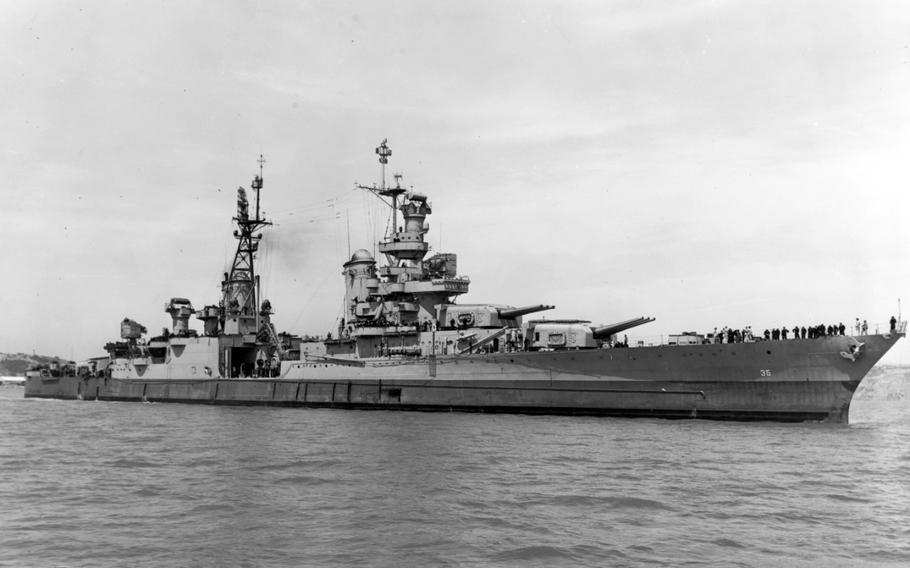 The Navy has finally resolved the fates of 13 sailors aboard the USS Indianapolis, nearly 77 years after they disappeared in the Pacific Ocean.

A Japanese torpedo sank the Indianapolis in July 1945 after the cruiser had completed a secret mission that was key to ending World War II.

Almost 900 sailors lost their lives by the end of the crew’s ordeal, the greatest loss of life on a single ship in the history of the U.S. Navy.

On Thursday, the Navy Casualty Office officially changed the status of 13 sailors who died as a result of the attack from “unaccounted for” to “buried at sea.”

“Due to administrative errors, many Sailors who were recovered from the ocean and buried at sea from responding vessels were misclassified as ‘missing in action’ or ‘unaccounted for,” the Navy said.

The Indianapolis and its crew of 1,195 delivered to the island of Tinian key components for what would be the first atomic bomb used in warfare.

With its delivery completed, the Indianapolis was heading toward the Philippines on July 30 when a Japanese submarine torpedoed the 600-foot-long ship, which sank in roughly 12 minutes with 300 men still aboard. The Navy did not learn of the sinking for four days.

The 890 sailors who were set adrift fared only a little better than those trapped below.

Shark attacks, dehydration and hypothermia winnowed the number to just 316 by the time rescuers arrived.

The Chief Rick Stone and Family Charitable Foundation located documentation confirming that the status of 13 of the ship’s sailors had been misclassified, the Navy said.

William Baxter, a nephew of Floyd Wolfe, was notified of the change of status on April 26, the Navy said.

Baxter, of Okatie, S.C., said in the news release that he was too young to know his uncle but that it was “nice to finally have some closure on what actually happened.”