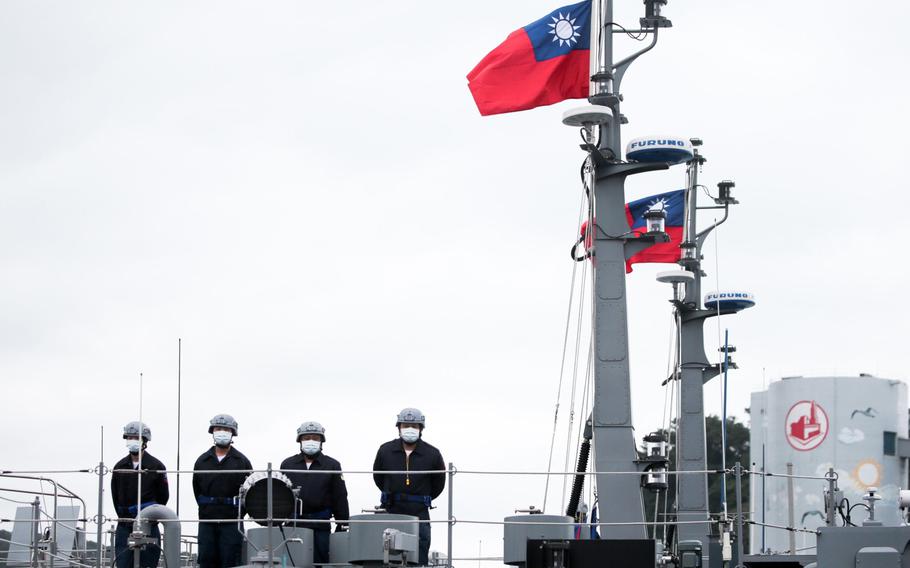 Taiwan must gird itself against potential Chinese aggression through military deterrence that includes acquiring the right weapons and proper training, the top U.S. naval officer said on Tuesday.

“That is a big lesson learned and a wakeup call, particularly with respect to not only having the right kit but are people trained to use it the right way,” Adm. Michael Gilday, the chief of naval operations, said at an event hosted by the Council on Foreign Relations that focused on knowledge gleaned from the Russian invasion of Ukraine. “That shouldn’t be lost on us with respect to Taiwan.”

Gilday spoke on a panel of all six military service chiefs, including generals from the Army, Marine Corps, Air Force and Space Force and admirals from the Navy and Coast Guard.

China has said it has no intention of attacking Taiwan, a self-governing island that Beijing views as its territory. It has regularly protested U.S. arms sales to the island as provocative.

“China is firmly opposed to that,” he said.

The military chiefs agreed that while it was too soon to tell what the long-term implications would be for the war in Ukraine, and that there were significant differences between the events unfolding in Europe and what could play out in Asia, there were lessons to be taken from the invasion and its aftermath.

“Geographically it’s a different problem set than Ukraine,” Gilday said. “You’re not going to get in there quickly or easily after the bullets begin to fly.”

General Charles Brown Jr., the Air Force chief of staff, said one lesson that might apply from Ukraine is that “the will of the smaller nation to fight, that has to be factored in. The reaction of the international community and how quickly they may or may not come together.”

Their remarks come just days before President Joe Biden is set to visit Japan and South Korea as part of an effort to kickoff a long-awaited economic initiative for increasing U.S. involvement in Asia.