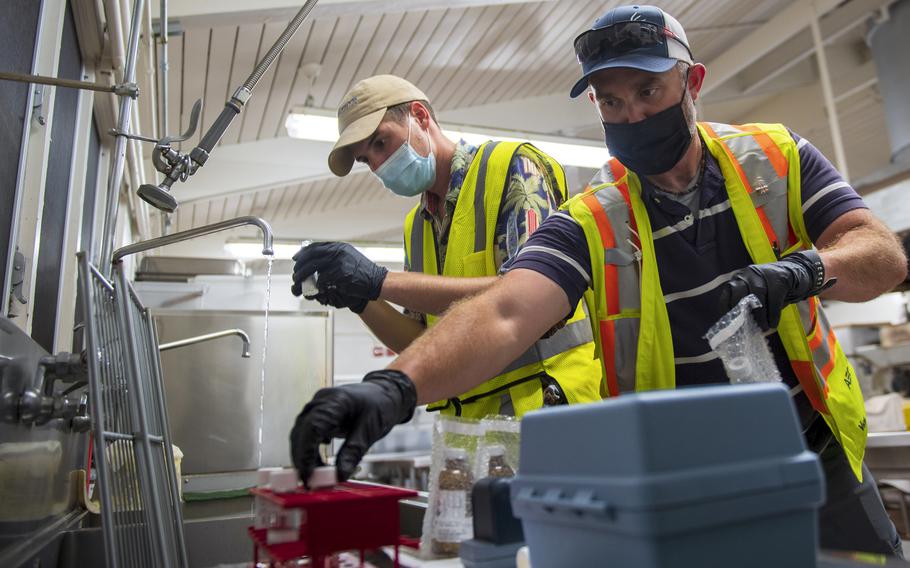 The Navy has waived the right to contest a revised emergency order issued by the Hawaii Department of Health last week that set a Nov. 1 deadline for submitting a plan for permanently closing the Red Hill underground fuel storage facility.

The health department’s May 6 order also requires the Navy to submit by the end of June a plan for emptying the fuel tanks, including an implementation schedule for defueling the roughly 150 million gallons stored there.

“The Navy’s decision means that work to defuel and close the Red Hill facility can begin without further delay,” Kathleen Ho, deputy director of environmental health for the Hawaii Health Department, said in a news release Monday.

Leaking jet fuel from the World War II-era facility contaminated the Navy’s drinking water system that serves thousands of homes on military housing communities on and around Joint Base Pearl Harbor-Hickam.

The petroleum contamination became acute in late November, forcing thousands to relocate to area hotels for most of the winter as the Navy isolated the contaminated well and flushed the system.

Many residents have complained of medical issues ranging from rashes and headaches to fatigue and gastrointestinal problems. More than 100 residents have already filed claims for compensation for illnesses and hardships with the Navy’s Office of the Judge Advocate.

The Hawaii Department of Health issued its original emergency order in December, which required the facility to be emptied, but no timeline was included. The Navy unsuccessfully contested that order, which took effect in January.

Defense Secretary Lloyd Austin issued an order March 7 directing the storage facility be permanently closed, but the timeline for doing so was broad.

The Hawaii Department of Health’s revised emergency order requires the Navy by Friday to provide the state an assessment by an independent contractor regarding the facility’s operation.

The emergency order contains a provision that the Health Department has discretion to grant “reasonable” extensions of time requested by the Navy regarding document submissions if “good cause” can be established.

“Our main focus is ensuring that defueling and closure operations are performed safely and expeditiously,” Ho said in the news release.

Among the provisions of the revised emergency order are:

• Submitting a phased plan for the defueling and closure of the facility.

• Meeting with health department officials on or before July 15 regarding planning and scheduling of the closure.

• Providing the state with all documents the Navy supplied to the contractor.

• Submitting versions of all documents and material that can be publicly released.

“This work will have consequences for us and for future generations, and on behalf of the people and environment of Hawaiʻi, we will hold the Navy accountable to honor its commitments,” Ho said.