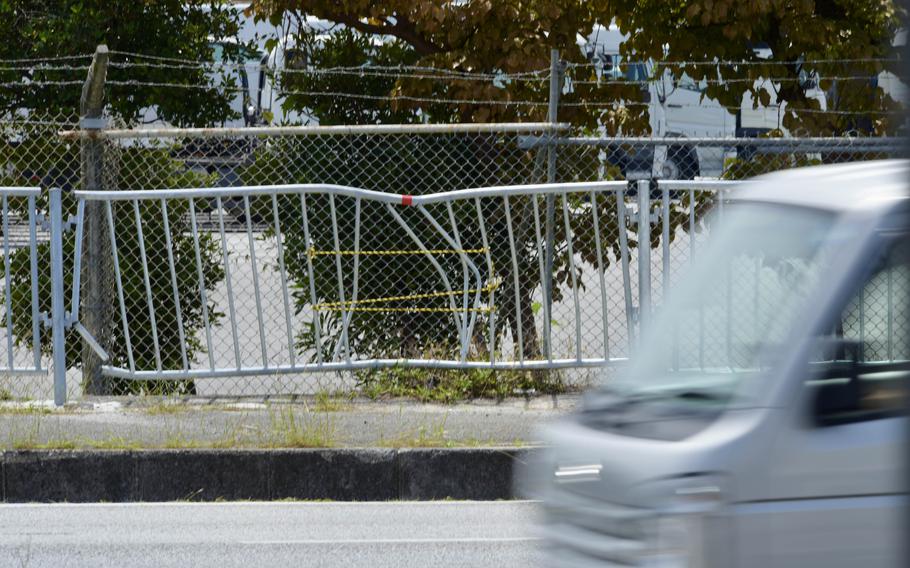 Fence damage from a fatal weekend collision is seen outside Camp Foster, Okinawa, Tuesday, May 10, 2022.  (Frank Andrews/Stars and Stripes)

CAMP FOSTER, Okinawa — Japanese police say they are questioning a Marine involved in a vehicle crash that killed a Japanese pedestrian over the weekend.

Lance Cpl. Joshua David Siegel, 20, was driving southbound on Route 58 at 7:30 a.m. Sunday when he hit a curb, went onto a sidewalk and struck Katsuya Ishikawa, 61, an Okinawa Police Station spokesman told Stars and Stripes by phone on Tuesday.

The Marine’s white, four-door sedan also struck and damaged a pedestrian guard rail that runs between the sidewalk and Camp Foster’s perimeter fence. The damage can be seen from both lanes of Route 58. 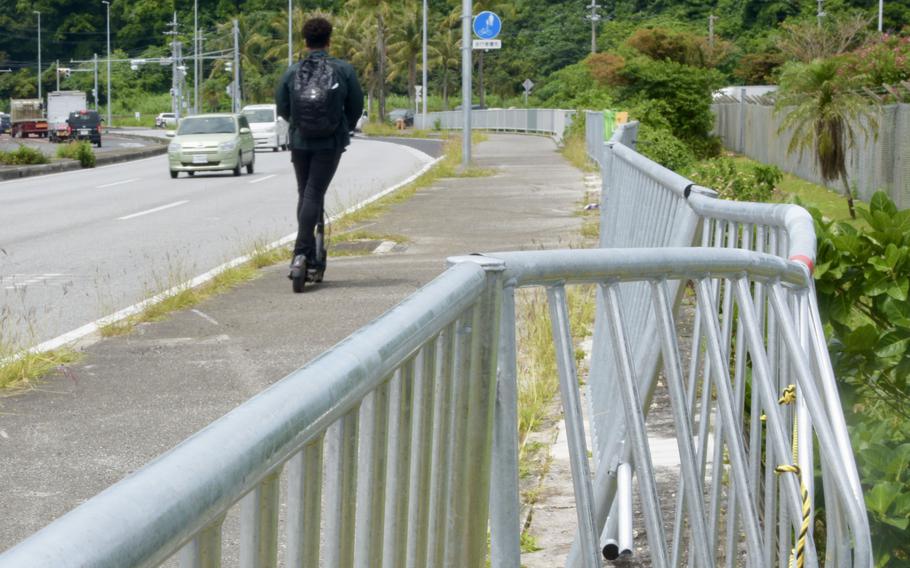 Fence damage from a fatal weekend collision is seen outside Camp Foster, Okinawa, Tuesday, May 10, 2022. (Frank Andrews/Stars and Stripes)

Ishikawa, a security guard from Ginowan city, was taken to a hospital in central Okinawa where he was pronounced dead at around 11:30 a.m., according to the police spokesman.

Siegel, whose right foot was injured in the crash, was not under the influence of alcohol, the spokesman said. Police did not arrest him but will continue to question him during their investigation.

“He was not on duty at the time of the accident,” the spokesman said. “He said he was on the way to pick up his friend.”

The Camp Foster Provost Marshal’s Office referred questions to base public affairs, which did not immediately respond to a request for comment by phone on Tuesday.

Siegel is assigned to Marine Wing Headquarters Squadron 1 at Foster, the police spokesman said, though he may work at nearby Marine Corps Air Station Futenma.

It’s customary in Japan for some government officials to speak to the media on the condition of anonymity.