Parking meters are disappearing on Okinawa, at least temporarily, along with the parking spaces associated with them, according to the prefectural police.

Of 62 parking meters on the island, service at 54 has been suspended through next March, a spokesman for the Okinawa Prefectural Police traffic management and control division told Stars and Stripes by phone Tuesday. The remaining eight will be removed, he said.

The division is conducting a yearlong study to review the necessity of parking meters on the island, the spokesman said. The Koza area of Okinawa city, near Kadena Air Base, has 35 meters and Naha has 27.

The parking spaces next to the meters are off-limits, the spokesman said, and may result in a fine for illegal parking. 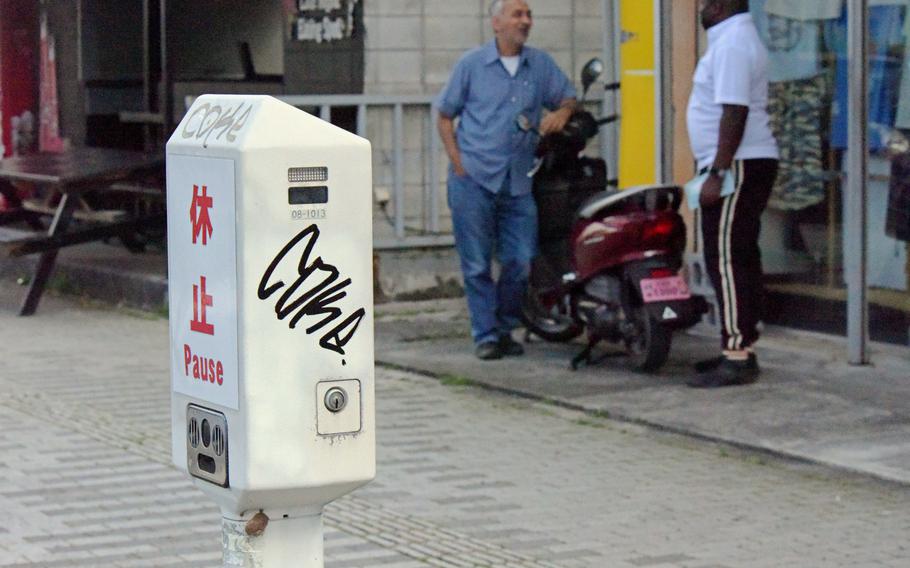 “Failing to follow the rule results in a traffic violation and you will be fined,” he said. “The fine is 15,000 yen (about $115) for a standard-size passenger car.”

Gate 2 at Kadena exits into the busy Koza district, whose streets are lined with out-of-service meters now marked “pause,” although vehicles occupied nearly all the parking spaces Wednesday afternoon.

The meters were installed in 1981 to meet the demand for short-time parking. However, an increase in privatized, paid parking lots around the island meet those demands today.

At the same time, “demand for home-delivery service is increasing and it is more beneficial to limit the parking to delivery vehicles,” the spokesman said.