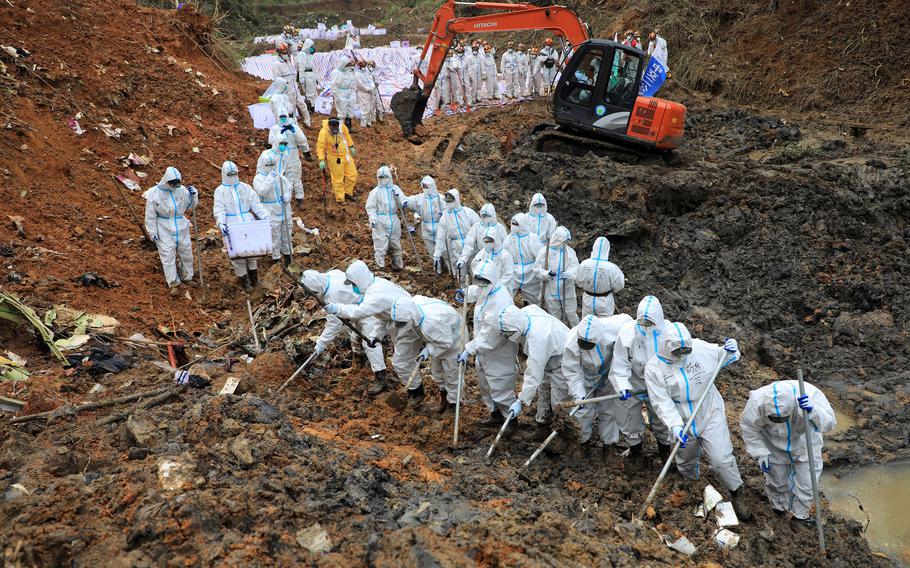 China Eastern Airlines has resumed flights using the same type of plane that recently crashed in southern China, a sign it is working toward putting the entire fleet back in the air.

A 737-800 jet flew from Kunming to Chengdu on Sunday, according to flightradar24.com. Other planes of the same model made by Boeing have been used in what appeared to be test flights, including near the financial center of Shanghai.

The official Xinhua News Agency reported Monday that the airline has returned the 737-800 to commercial service, without saying how it got the information. It added that planes with similar registration numbers to the one that went down on March 21 killing all 132 people on board were still being evaluated.

China Eastern grounded more than 200 of the Boeing 737-800 planes after the crash in Wuzhou, in the Guangxi region. Flight 5735 from Kunming to Guangzhou was cruising at about 29,000 feet when it suddenly dove at high speeds, slamming into a forested hillside about 100 miles from its destination.

Investigators retrieved the two "black boxes" from the crash site — one that recorded voices in the cockpit and another that captured flight data — and sent them to the U.S. The hope is information on the devices will help solve the mystery of what happened to the jet, which disintegrated into tens of thousands of pieces on impact.

A preliminary report will be produced this week, as required by United Nations standards governing the aviation industry. It won't include any conclusions as to its cause, and a full report is expected within 12 months.