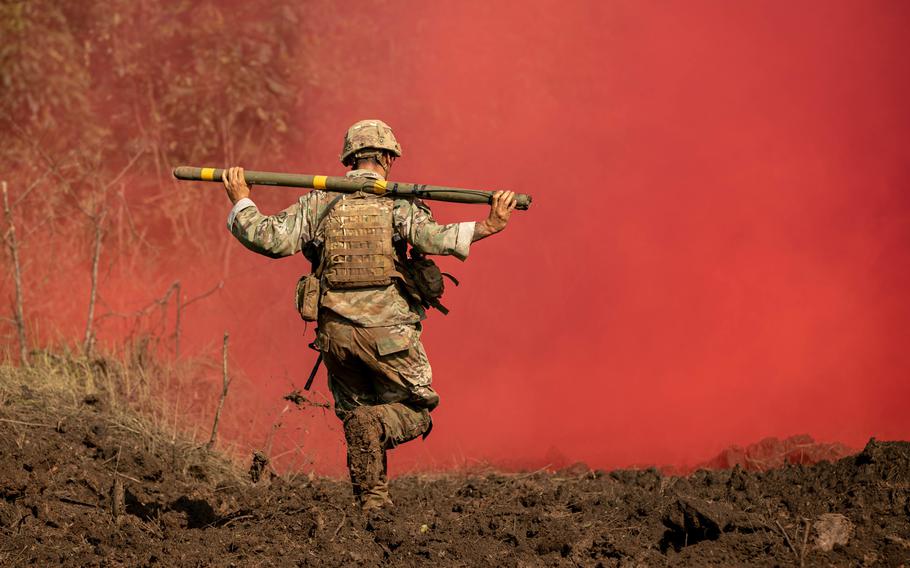 FORT SHAFTER, Hawaii — The U.S. Army is still on guard in the Pacific, despite America turning its attention to helping Ukraine defend itself in Europe against Russian invaders, the top Army commander in the region said recently.

When Gen. Charles Flynn, commander of U.S. Army Pacific, met civilian and military leaders on a recent swing through Southeast Asia, some asked if the U.S. Army remains committed to its role in maintaining stability and ensuring a free and open Indo-Pacific, he told Stars and Stripes on Wednesday.

“And my response was, ‘Absolutely,’” Flynn said during an interview at his Fort Shafter headquarters.

“I’m not having difficulty remaining focused on the Pacific,” said Flynn, who took command last summer. “There’s plenty of work to do out here for all the services and certainly for the Army.” 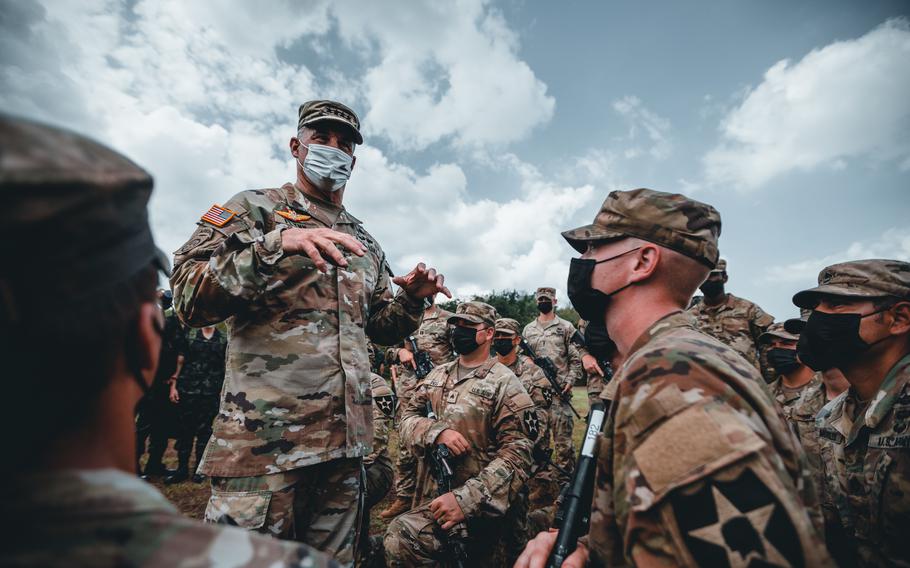 Flynn possesses a relatively long view of the ebb and flow of the Army’s activity in the Pacific. He commanded the 25th Infantry Division in Hawaii from 2014 to 2016, then moved just a short distance down the island for a two-year stint as deputy commander of U.S. Army Pacific.

Flynn maintains that the Pacific Army has experienced a “fairly substantial” net gain in its regional presence over the past decade for multiple reasons.

First, in 2013, it transitioned from a three-star to a four-star headquarters, with Gen. Vincent Brooks assuming command at that time.

“The second thing that happened was that we did not send as many forces to the Middle East,” Flynn said, referring to America’s lengthy military involvement in Iraq and Afghanistan. “We kept a greater amount of capabilities here in the Pacific to do a wide range of exercises and engagements and operations in the region.”

Brooks established Pacific Pathways as a means of keeping small units deployed in the region for a few months at a time by moving through a series of established multinational exercises.

That concept has evolved into Operation Pathways, a means for projecting forces into the region to “solve operational and strategic problems,” Flynn said.

“Pathways is our operational campaign design in the region, and Pathways is posture for us,” he said. It keeps the Army more steadily engaged with partners and allies and increases their ability to operate together if there were a conflict, he said.

“We're also denying key terrain to our adversaries out here because we're in that terrain, with the armies on the ground, amongst the people,” Flynn said.

“Since January, we have had somewhere between 10 and 15 exercises that have been going on simultaneously, with a corps headquarters forward, multiple divisions forward and deployed capabilities into the region, using these exercises as our campaign design under Pathways,” he said.

Flynn estimated that in the past six months between 6,000 and 7,000 soldiers from a wide range of units — including active duty, reserves and Guard — were deployed on Pathways exercises. That number does not include soldiers who are permanently stationed in South Korea or Japan, he said.

Another key to keeping more Army forces present and engaged in the region is the Joint Pacific Multinational Readiness Center, Flynn said.

The 25th Infantry Division began experimenting with this combat-readiness concept at a battalion and brigade levels back when he was its commander.

Regional training centers under the Joint Pacific Multinational Readiness Center were deployed for the first time in Hawaii last fall and then to Alaska this winter. “Those training centers more closely replicate the environment and the conditions that our forces are going to have to operate in,” Flynn said. They also reduces costs and lost training time associated with shipping out to one of the national training centers, he said.

Partner nations are “thirsty” to set up their own training centers in conjunction with the U.S. Army, Flynn said.

The Joint Pacific Multinational Readiness Center deployed in August to the two-week Garuda Shield exercise in Indonesia with U.S. and Indonesian soldiers.

“This year, the initial indications are there may be as many as 10 or 14 countries that are going to participate in Garuda Shield in Indonesia,” Flynn said.

“To me, that is an illustration of exactly what we're trying to achieve, which is to increase our multilateral and multinational training opportunities to be able to take an exercise like Garuda Shield – an army-to-army bilateral exercise – and create an opportunity for other countries in the region to participate in a multilateral exercise.”