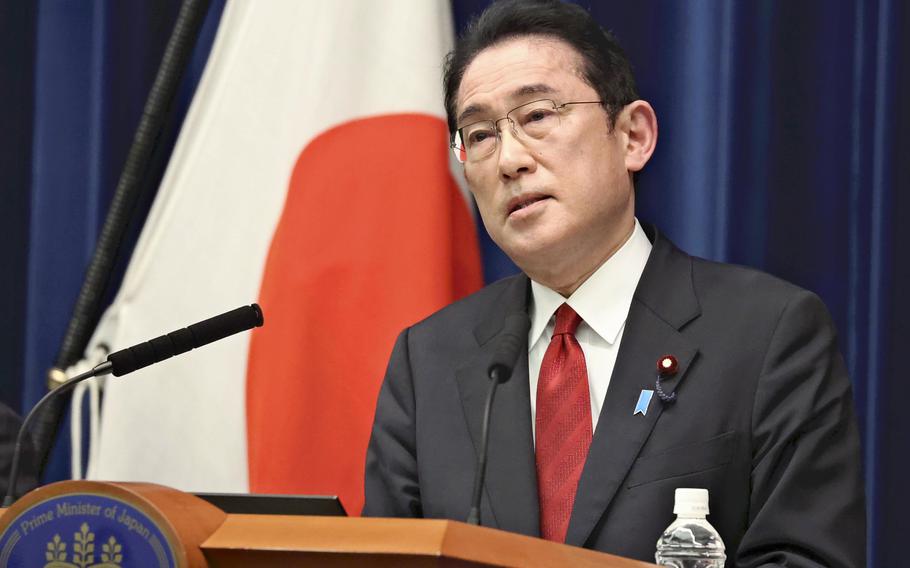 TOKYO - While much of the country will be on holiday during the Golden Week--what Japan terms its longest holiday for workers--Prime Minister Fumio Kishida intends to head overseas in late April and early May to work toward strengthening ties with leaders in Southeast Asia and Europe.

According to government sources, Kishida will likely seek to promote the realization of Japan’s vision of a “free and open Indo-Pacific” with China and Russia in mind.

Indonesia, Thailand and Vietnam are expected to be among the Southeast Asian nations Kishida plans to visit. With China ramping up actions to make unilateral changes to the status quo by force in the East China Sea and the South China Sea, Kishida will likely discuss security cooperation with the leaders of these countries.

As for Europe, Kishida is planning to meet with the heads of state of several nations to discuss sanctions against Russia and support for Ukraine.

Chancellor Olaf Scholz of Germany, this year’s rotating chair of the Group of Seven leading industrial nations, is considering visiting Japan in late April to have talks with Kishida. It would be Scholz’s first visit to Japan since he became chancellor.

Kishida and Scholz are likely to confirm their sanctions against Russia and close cooperation in the Indo-Pacific region.