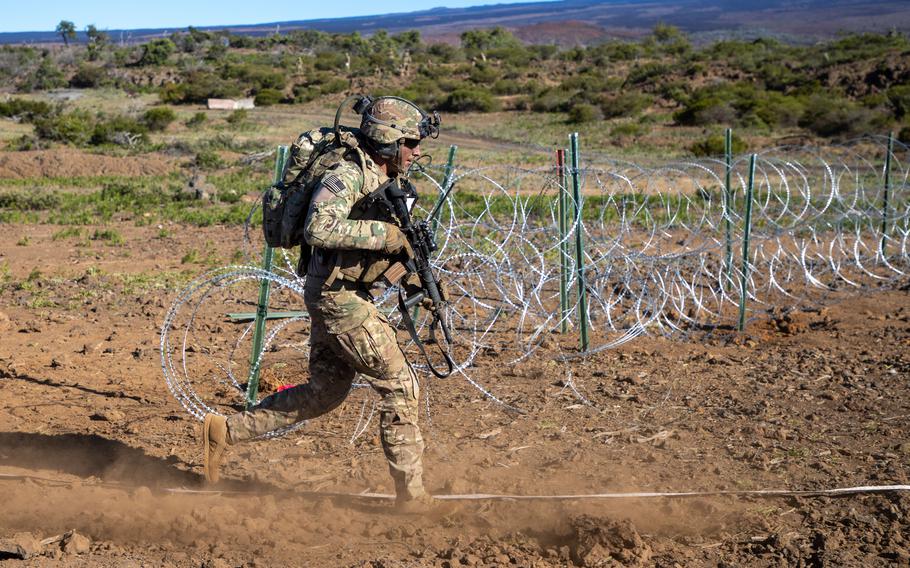 FORT SHAFTER, Hawaii — The Army has concluded there would be no significant environmental impacts in the lease renewal it seeks for 23,000 acres of state-owned land in a live-fire training range on Hawaii’s Big Island.

The Army on Friday issued a draft environmental impact statement aimed at lease renewal for land within the Pohakuloa Training Area, a 132,000-acre site of mostly federally owned land.

The Army is seeking comment on the environmental statement over the next 60 days, with two meetings scheduled on the Big Island later this month.

The renewal, however, faces opposition from local activists who claim the Army has not properly maintained the state land as required under the lease and argue more broadly that the U.S. military’s footprint covers too much of the state.

A Hawaiian judge in 2018 ruled that state officials had failed to ensure the Army maintained the range and protected Hawaiian cultural interests — as required in the lease — in a lawsuit filed by Native Hawaii cultural practitioners.

An online petition calling on Hawaii’s governor and the board of the Hawaii Department of Land and Natural Resources to not renew the lease had more than 9,500 signatures as of Friday.

The Army maintains that Pohakuloa Training Area and, specifically, the 23,000 acres of leased land are crucial to the nation’s security.

“The geographical location of Hawai‘i is a strategic one for national defense and rapid deployment of military forces, and the island plays a key role within the U.S. Indo-Pacific Command area of responsibility to help achieve U.S. national security objectives and protect national interests,” the draft statement states. “PTA is the only Army Major Training Area in Hawai’i, making it the Army’s primary ground maneuver tactical training area supporting home-station, joint, and multinational training in the State.”

The draft statement considers several other alternatives to fully leasing the 23,000 acres, including leasing 19,700 acres or 10,100 acres.

Under a “no-action” alternative the Army would not lease any of the state land.

The state land, however, is central in the training area and provides access to major portions of the range.

It would also cut off the Army’s access to federally owned utilities, such as a potable water facility and electrical substation, that are on the state-owned land, the draft states.

The impact statement concludes that the no-action alternative would result in “significant adverse impact” regarding utilities, socioeconomics and biological resources.

Leasing all or some of the state land would affect “traditional and customary practices,” the draft concluded, but categorized that as “significant adverse impact but mitigable to less than significant.”

Public hearings are scheduled for 6-8 p.m. on April 25 at the Imiloa Astronomy Center and on April 26 at Waimea District Park on the Big Island.

The draft environmental impact statement and other support documents are at https://home.army.mil/hawaii/index.php/ptaeis/project-home.