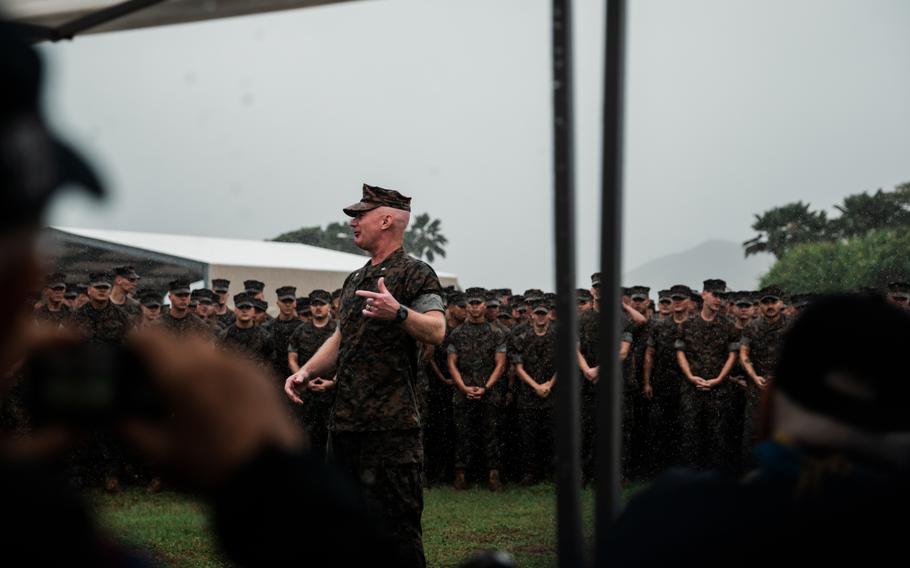 The commander and command sergeant major of a Hawaii-based Marine Corps battalion were relieved last week due to a loss of confidence in their leadership, the service said Wednesday.

Maj. Gen. Jay Bargeron, commander of 3rd Marine Division, relieved the pair “due to a loss of trust and confidence in their abilities to continue leading in their assigned duties,” Stahl said.

The move followed an inspector general’s investigation that was prompted by anonymous complaints, said Stahl, who provided no further details on the nature of that investigation.

Wagner, who took command of the battalion last summer, has been reassigned to Marine Corps Forces Pacific headquarters at Camp H.M. Smith in Honolulu, Stahl said. Clifton has not yet been reassigned.

Guerra had been serving since August as future operations officer at 3rd Marine Regiment, which transitioned into 3rd Marine Littoral Regiment on March 3, according to his official biography.