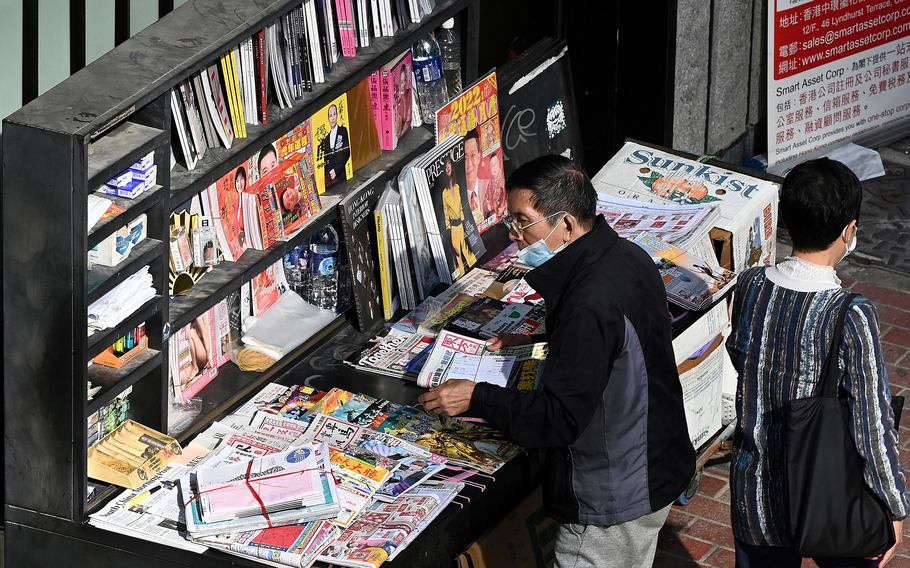 A vendor sorts newspapers at a newsstand in Hong Kong on Jan. 6, 2022. China’s crackdown on dissent has silenced or jailed most Hong Kong democracy activists and has now begun to focus on the press. (Peter Parks/AFP/Getty Images/TNS)

(Tribune News Service) — China’s crackdown on democracy in Hong Kong intensified in the past year as authorities blocked the pro-democracy opposition from playing a meaningful role in the city’s governance while criminalizing peaceful political expression, according to a U.S. State Department report released on Thursday.

Over the past year, the Chinese government has continued to “dismantle Hong Kong’s democratic institutions, placed unprecedented pressure on the judiciary, and stifled academic, cultural, and press freedoms,” Secretary of State Antony Blinken said in a statement accompanying the report. “As the 25th anniversary of Hong Kong’s handover to Beijing approaches, Hong Kong’s freedoms are diminishing” while China tightens its rule.

Chinese and Hong Kong authorities have targeted groups, associations, media companies and labor unions affiliated with the region’s pro‑democracy movement with raids, arrests, prosecutions and asset freezes, creating a chilling effect and forcing them to cease operations, according to the report. The report highlighted the shutdown of two of Hong Kong’s largest independent media outlets, Apple Daily and Stand News, as examples of reduced freedom of speech.

“Beijing will ultimately force many of the city’s best and brightest to flee, tarnishing Hong Kong’s reputation and weakening its competitiveness,” Blinken said. “Hong Kong’s position as a free, global financial center will continue to suffer as a result.”