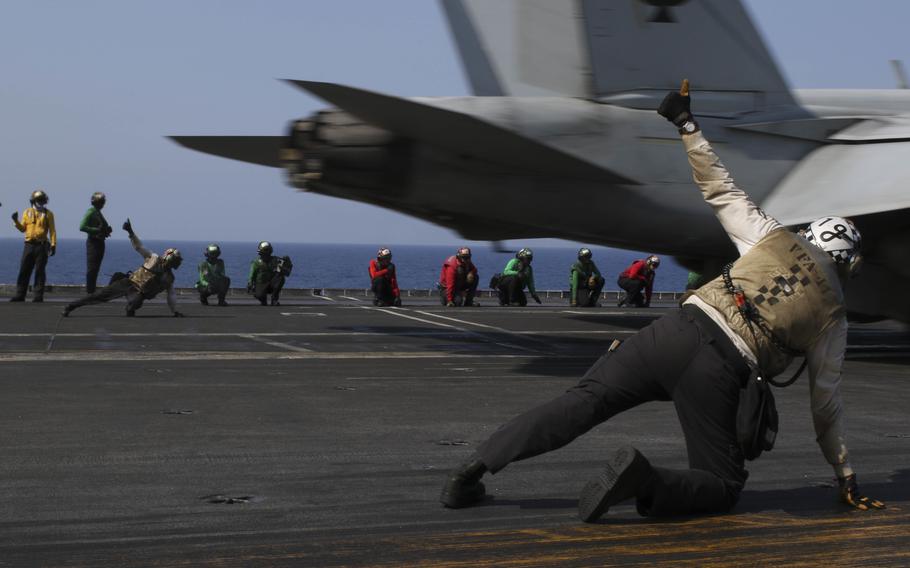 MANILA - Chinese fishing vessels frequently appear in the South China Sea off the Philippines, apparently with a menacing purpose, a year after more than 200 such vessels were reported to have massed in the waters off the country last March.

Ignoring the protests of the Philippine government, China has been repeating its provocative actions.

The vessels in question appear to conduct no actual fishing activity.

The Philippine government announced on March 20 last year that it had found about 220 Chinese fishing vessels massing off the coast of Palawan Island, within the Philippine EEZ in the South China Sea. After that, it claimed that the fishing boats had "maritime militia personnel" aboard, consisting mainly of Chinese veterans, and declared that the boats were violating the sovereign territory of the Philippines.

Manila has repeatedly protested to Beijing through diplomatic channels.

But there is no sign that the boats will stop entering the EEZ, as the Chinese side merely offers flimsy explanations such as that the boats were gathering to avoid bad weather.

The Association of Southeast Asian Nations and China are developing a Code of Conduct to prevent conflicts in the South China Sea. The Philippines, a member of ASEAN, hopes that the code will regulate China's behavior. However, at present, ASEAN and China have not yet reached an agreement on how far the code will be applied, and it is unknown when the code will be completed.

China is escalating its aggressive actions in the South China Sea. In November last year, Chinese Coast Guard ships blocked the path of Philippine ships, and in January and February this year, a Chinese naval vessel entered the Sulu Sea in the southern Philippines near Malaysia without permission.

On March 20, U.S. Indo-Pacific Commander Adm. John Aquilino patrolled the South China Sea in a reconnaissance aircraft. He told The Associated Press that China has militarized three artificial islands it built in the Spratly Islands in the South China Sea, stating that the "buildup of weaponization is destabilizing to the region."

There is widespread belief in the Philippines that Russia's invasion of Ukraine could further increase China's powerful activities in the South China Sea.

The Philippines' former Foreign Secretary Albert del Rosario said in a March 8 statement, "A successful Russian invasion of Ukraine would further embolden China to likewise use force to seize the West Philippine Sea from the Philippines."

Lauro Baja, a former foreign affairs undersecretary, similarly emphasized at an online event, "What happened in Ukraine will give them the opportunity or the chance or whatever to do the same in Taiwan." He also cautioned against the possibility of a similar operation in the South China Sea.

The Philippine presidential election scheduled to be held in May is also likely to influence China's actions. In the election campaign, former Sen. Ferdinand Marcos Jr. has the highest approval rating, but the son of former dictator Ferdinand Marcos is generally considered to be close to China. He has expressed the idea that he will not take seriously a 2016 ruling issued by an arbitral tribunal in The Hague that totally rejected China's unilateral sovereignty claim in the South China Sea.