Japan’s age of adulthood will soon drop to 18, but they still can’t legally smoke or drink 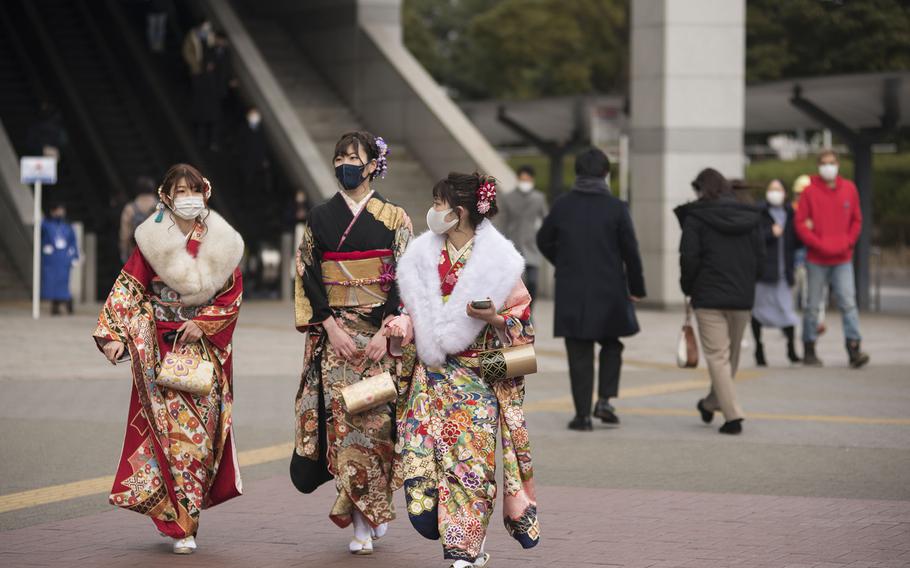 Japan is lowering the age of majority, or adulthood, to 18, to stay in step with other countries, including the United States, France and Turkey. (Akifumi Ishikawa/Stars and Stripes)

TOKYO – Starting April 1, some teenagers in Japan may sign contracts and rent apartments on their own, but they still can’t legally smoke, drink or gamble, according to a change in Japanese law.

Japan is lowering the age of majority, or adulthood, to 18, to stay in step with other countries, including the United States, France and Turkey, according to a Ministry of Justice pamphlet explaining the move.

The change in Japan’s Civil Code lowers the age of adulthood from 20, with one exception: the age at which women may marry is raised to 18 from age 16. Men were already permitted to marry at 18.

The change means that 18- and 19-year-olds may sign contracts, such as those for cellphones, credit cards and apartments, without their parents’ consent. It also ends the legal responsibility of parents to keep custody of their children, care for and educate them, according to the ministry pamphlet.

In Japan, students graduate from high school at age 17 or 18, and many start working.

The age at which young Japanese may drink, smoke and wager at government-controlled activities such as horse racing, remains 20.

“The age limit will be maintained from the standpoint of health effects, delinquency prevention and protection of juveniles,” the pamphlet states.

These limits also apply to U.S. service members and others in Japan under the status of forces agreement.

A total of 22 related laws that set age conditions will be revised to reflect the lowered age of adulthood, according to a Mainichi newspaper report from 2018.

Some parts of the juvenile law, which covers 19-year-olds and younger, will be changed. The names of those indicted for criminal cases may be reported in media for those who are 18 and 19, according to Ministry of Justice website.

Japan’s courts will continue to treat defendants ages 18 and 19 as minors, in which their cases will be sent to family court, according to the ministry website. However, family courts may decide that those defendants should be tried as adults.