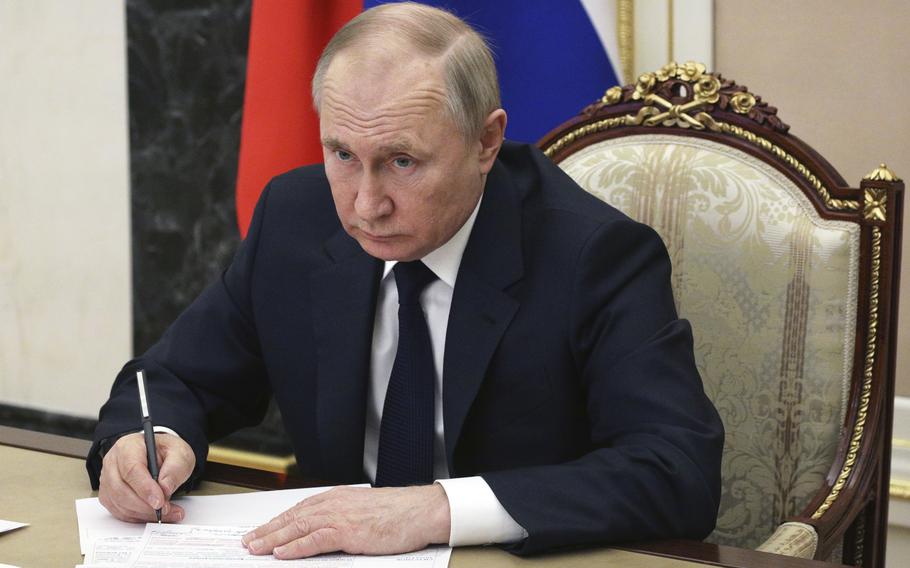 Russia’s Foreign Ministry, in a statement issued Monday, said it will suspend peace treaty negotiations with Japan. As Russia has unilaterally refused to continue the talks, the road toward improving bilateral relations, including with regard to the issue of the northern territories, has become more difficult.

The Japanese government has in recent years tried to build trust with Russia by advancing economic cooperation, hoping to thereby encourage Russia to compromise. With no tangible results thus far, prospects for seeing any progress in bilateral negotiations under the administration of Russian President Vladimir Putin have become dimmer than ever.

Prime Minister Fumio Kishida spoke to reporters at the Prime Minister’s Office on Tuesday evening, stressing, “To fully defend the foundation of global order, Japan will take resolute actions in solidarity with the international community.”

The suspension of peace treaty talks with Japan is a retaliation against sanctions Japan imposed on Russia over its invasion of Ukraine, in line with European countries and the United States. The Putin administration has put pressure on Japan by linking the sanctions with the peace treaty talks.

When Russia annexed Crimea, a southern region of Ukraine, in 2014, Japan did not impose sanctions as harsh as those implemented by the United States and countries in Europe. Russia likewise did not take any conspicuous, retaliatory actions against Japan back then.

The latest sanctions imposed by Japan are believed to have exceeded Russia’s expectation, with the country likely to have taken them gravely.

Russia has apparently become more resentful of Japan, as Kishida criticized Russia’s aggression in Ukraine during his talks with the leaders of India and Cambodia, both of which he recently visited.

The statement issued by Russia’s foreign ministry said of the treaty negotiations, “We have no intention to continue under current conditions.” However, this can be interpreted as leaving some room for the talks to be resumed in the future.

There is also a possibility of Russia calling on Japan to lift the sanctions as a condition for resuming the talks, assuming that Japan may ask Russia to restart negotiations.

Meanwhile, as Russia put Japan on a list of “unfriendly nations,” the prevailing view on the Japanese side is that Japan “has already taken Russia’s retaliation into account,” as a high-ranking government official put it.

Former Foreign Minister Taro Kono, a member of the ruling Liberal Democratic Party, said in the party’s online program on Tuesday that the government was prepared for the suspension of the talks when it imposed its economic sanctions on Russia. Then he said, “We have no choice but to hold talks once again after the Putin administration falls.”

The Japanese government had been using a strategy of pushing forward with negotiations on territorial issues by using economic cooperation as leverage. During the summit talks in December 2016 under the administration of then Prime Minister Shinzo Abe, the two countries agreed to start talks on implementing economic activities jointly on the northern islands. In September 2017, the two countries agreed to embark on five business projects, including sightseeing and garbage treatment, at an early date. An experimental sightseeing tour for Japanese was carried out in 2019, but it did not lead to any full-fledged operations.

While Japan has piled up results in the sphere of economic cooperation, it has not eased its attitude toward Russia, as Foreign Minister Yoshimasa Hayashi said that the present state of affairs is such that Japan would not move ahead with cooperation.

Economy, Trade and Industry Minister Koichi Hagiuda, who is also in charge of economic cooperation with Russia, said, “I will devote myself to dealing with the latest developments, including the sanctions against Russia.”

There was a time when Japan and Russia, with China’s rise in mind, tried to get closer to each other in the sphere of security, through such means as holding a two-plus-two dialogue involving their foreign and defense ministers for the first time in 2013. But the environment has completely changed.

The Japanese side has been on alert, assuming that Russia may reinforce its military buildup in the Far East. Following its invasion of Ukraine, and since the start of this month, Russia has strongly stepped up its military activities, conducting high-performance ground-to-air missile firing drills in the northern territories and elsewhere and repeatedly sailing its naval vessels in waters near Japan. An aircraft believed to be Russian also entered Japan’s territorial airspace above Hokkaido.

When questioned on Tuesday as to the likelihood that Russia would escalate its provocative acts, Kishida told reporters, “We must pay close attention to the situation so that we can respond to various changes.”