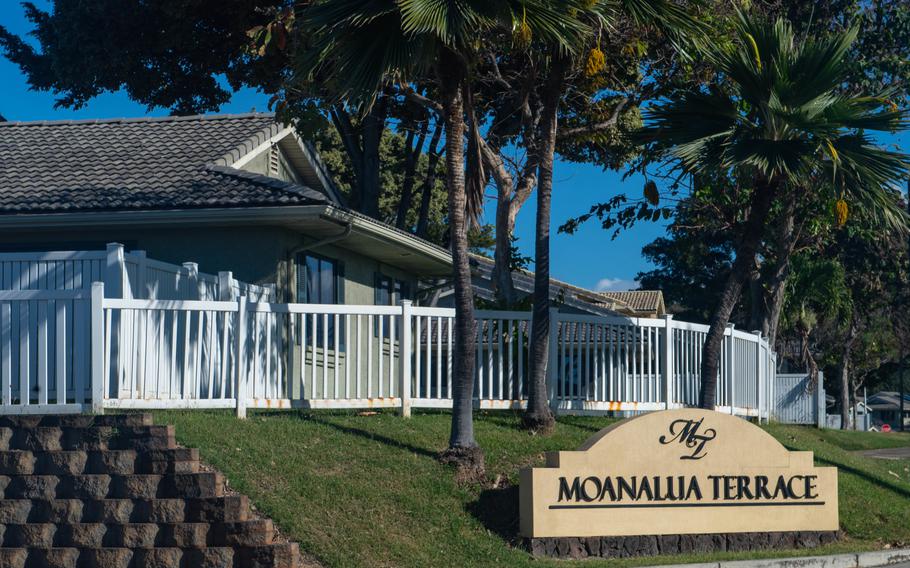 (Tribune News Service) — Four additional zones using the Navy’s water system, including two Aliamanu Military Reservation zones and the Moanalua, Halsey and Radford terraces, have been declared safe to use by the state Department of Health today.

Six of the 19 in the Navy’s water system are now awaiting clearance. The areas declared safe today are labeled Zones F1, F2, H2, and H3, which together comprise nearly 2, 800 homes.

“We are incredibly excited to welcome home our Aliamanu Military Reservation residents, “ said Maj. Gen. Joe Ryan, commanding general, 25th Infantry Division and Task Force Ohana, in a statement. “For over three months, it’s been our mission, along with the members of the Interagency Drinking Water System Team, to return our families to their homes with safe and clean drinking water. We recognize this has been a challenging time for our families, and we appreciate their fortitude and understanding. Looking ahead, we will implement a long-term monitoring plan that includes routine testing of homes to ensure our residents continue to have clean and safe drinking water.”

The DOH issued a “do not drink “ advisory in late November after fuel from the Navy’s Red Hill fuel facility contaminated its drinking water system, which serves Joint Base Pearl Harbor-Hickam and surrounding neighborhoods. Since then the Navy has been cleaning the water, which has been sampled by the Interagency Drinking Water System Team. The IDWST consists of state and federal representatives from the DOH, the U.S. Environmental Protection Agency, Navy and Army.

One sample from an outdoor sink at a Zone F1 school tested above the DOH’s Incident Specific Parameter for beryllium, the department reported. The fixture was flushed and sampled again, and afterward all sampled homes and buildings met the beryllium screening level of four parts per billion.

Similarly, a home in Zone F2 tested above the DOH’s screening level for total petroleum hydrocarbons, which include hundreds of chemical compounds that come from crude oil. The home’s water was flushed and sampled again, and subsequently all sampled homes and buildings met the TPH screening level.

An independent, third-party laboratory had initially reported the presence of bis (2-chloroethyl )ether, or BCEE, in samples in Zones F2, H2 and H3, although the laboratory and the IDWST later determined that the BCEE results were a false-positive.

The IDWST’s joint plan is to draw samples from more than 900, or 10 %, of the homes in the Navy’s water system and 100 % of its schools and child development centers.