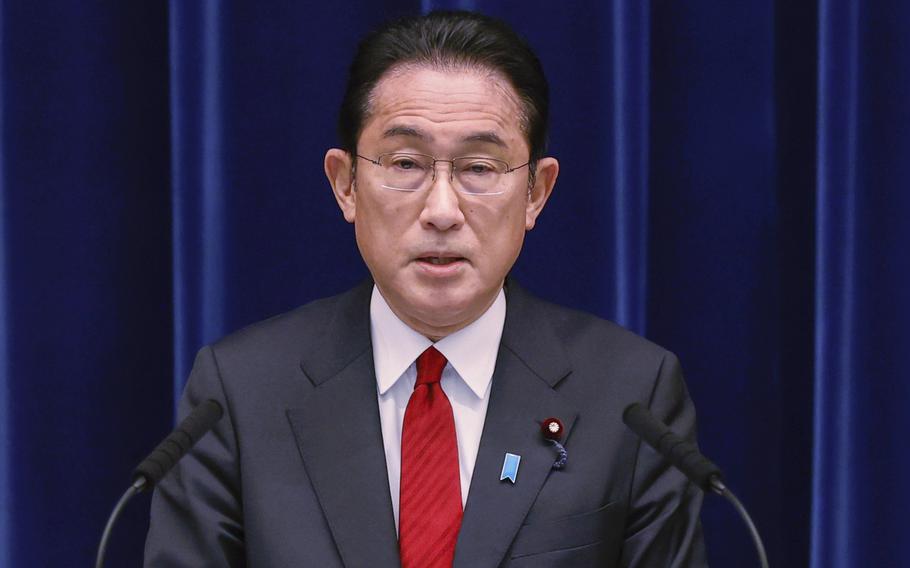 TOKYO - The Russian invasion of Ukraine has effectively shunted negotiations on a formal Japan-Russia peace treaty and issues related to the northern territories back to square one.

The Japanese government is working with the other Group of Seven major nations to take a unified stance against Russia, making it inevitable that Moscow will take a harder line in negotiations with Japan.

Prime Minister Fumio Kishida acknowledged Friday that it would be difficult to proceed with negotiations on a peace treaty and issues related to the northern territories, islands off Hokkaido that were seized by the now-defunct Soviet Union after Japan's surrender in World War II.

"For the time being, I have to refrain from talking about territorial issues. Now, it's important to implement sanctions and make it clear that there will be a high cost for Russia's violations of international law," Kishida said at the House of Councillors Budget Committee on Friday.

During summit meetings between then Prime Minister Shinzo Abe and Russian President Vladimir Putin, the leaders appeared to be on good terms, providing brief glimpses of progress in the negotiations over the islands.

After Russia annexed the Crimean Peninsula in 2014, the United States and Europe slapped economic sanctions on Moscow. However, Japan initially refrained from following suit due to concerns about a possible negative impact on negotiations with Russia. Following demands from the United States and other nations to implement tougher measures, Japan later imposed some economic sanctions.

Because Russia's economy stagnated under Western sanctions, it continued negotiations over the northern territories, aiming to draw investment from Japan.

In December 2016 summit talks in Abe's home city of Nagato, Yamaguchi Prefecture, and other locations, Abe and Putin agreed to start discussions toward joint economic activities on the northern isles.

In Singapore in November 2018, both leaders agreed to accelerate negotiations on concluding a peace treaty, based on the 1956 Japan-Soviet Joint Declaration that stipulated the Habomai and Shikotan islands would be handed over to Japan after such a treaty was concluded.

However, little progress was made in subsequent negotiations because public sentiment in Russia was increasingly opposed to returning the islands, among other factors.

Since Abe stepped down in September 2020, there have been no signs of progress made by Abe's successor, Yoshihide Suga, or Kishida, who came to power in October 2021.

Kishida spoke with Putin by telephone on Feb. 17, mainly about the Ukraine situation. Although the northern territories issue was also on the agenda, both leaders merely confirmed talks on the matter would continue.

Abe, who devoted considerable time and effort to improving diplomatic ties with Russia while he was prime minister, has been scathing of Russia's military operation in Ukraine.

"This is a serious challenge to the international order we have built up since the end of World War II," Abe said at a Liberal Democratic Party meeting Thursday. "It is absolutely unacceptable."

Some members of the ruling LDP said that the territorial issue should no longer deter Japan from criticizing Russia.

"The possibility of progress on the islands issue is low, so there's no need to hesitate in imposing tough sanctions on Russia," an LDP lawmaker said.