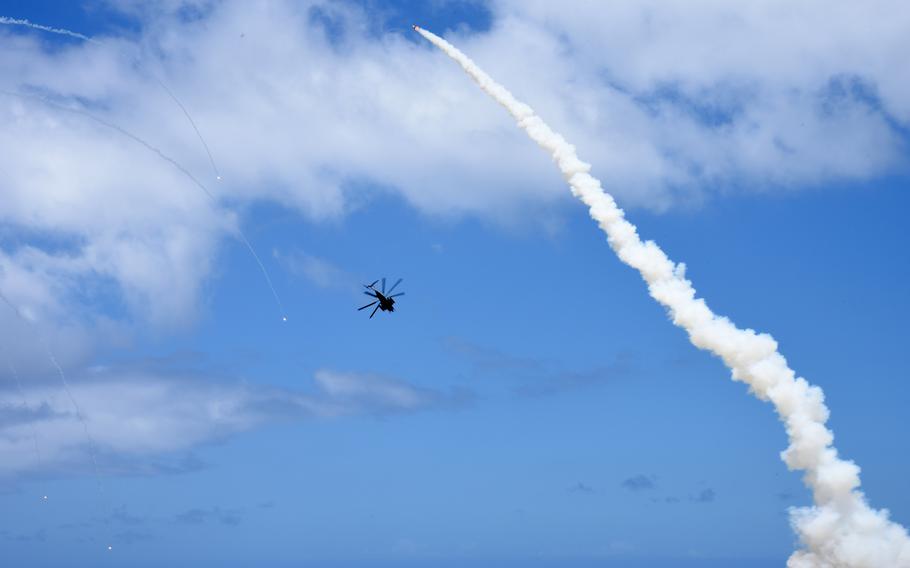 A 64-year-old pilot was among the four civilian crew members killed this week in a helicopter crash at the Pacific Missile Range Facility in Hawaii.

All were employees of the Oregon-based contractor Croman Corp., which identified the dead as:

Rader, Tevez-Valdez and Haider all lived on Kauai Island, where the missile facility is located.

The helicopter was supporting a training operation when it went down in the northern area of the installation around 10 a.m. Tuesday, according to the Navy.

The S-61N, a civil version of the military’s Sea King medium-lift helicopter, is optimized for amphibious operations and can carry up to 15 passengers. The Sikorsky was destroyed in the crash, according to an incident notice by the Federal Aviation Administration.