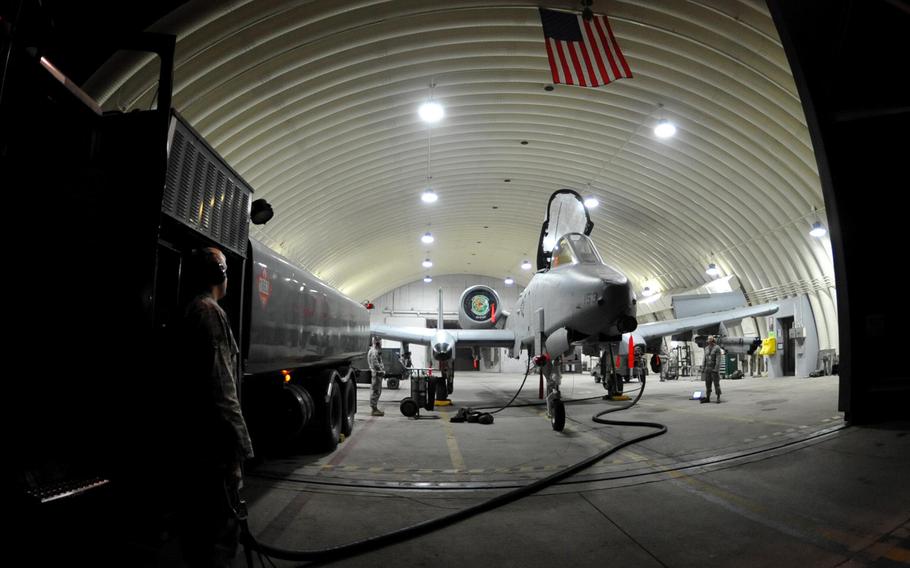 Staff Sgt. Tyrell Harris, 34, was found unresponsive Saturday at his home in Pyeongtaek city and pronounced dead at a nearby South Korean hospital, according to the wing. The Maryland native was assigned to the 51st Aircraft Maintenance Squadron.

The cause of death has not yet been determined, the press release said.

“Staff Sgt. Harris was a well-respected member of the 51st Aircraft Maintenance Squadron Family,” Struck said. “The news of his untimely death has rattled us to the core.”

Col. Joshua Wood, the wing commander, described Harris as “a valued member of our team and a part of our Osan family,” according to the release.

“All of Team Osan are deeply saddened by the sudden passing of Staff Sgt. Harris,” Wood said.

Harris served in the Air Force for 15 years and had been stationed at Osan since 2019, wing spokeswoman Capt. Renee Douglas told Stars and Stripes by phone Tuesday. Harris was also stationed at Kunsan Air Base for a year in 2015, she said.

Roughly 12,000 service members are assigned to the 51st Fighter Wing headquartered at Osan. The base is 8 miles north of Camp Humphreys, the largest U.S. military base overseas, and 30 miles south of Seoul.